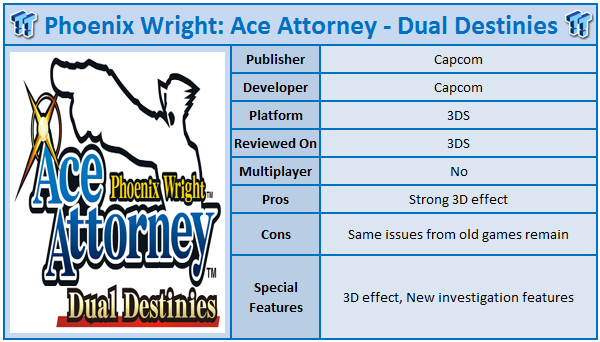 The success of the Nintendo DS system led publishers and developers to explore what many considered to be non-traditional games. One of these was Phoenix Wright, a courtroom simulation that tasked the player with finding evidence and contradictions with testimonies like a real-world lawyer does. It was a smash success and has become one of Capcom's most recent hits. With the 3DS now out and about, it seemed assured that a Phoenix Wright game would hit the system, and it has, but in an interesting move, Capcom has limited the game to the E-shop. Even so, it's a worthy addition to the series.

Dual Destinies picks up a year after the last game which introduced Apollo Justice, Phoenix Wright's understudy. Phoenix Wright has decided to get back into the legal game and hires a young new upstart into his practice straight out of legal college named Athena who has a few special abilities and this is where the main gameplay changes introduced for this title are found.

Athena has the ability to read and adjust emotions within testimonies. If a testimony seems out of character, the game will move into a mood matrix mode where you can see the mental state of the character versus the testimony to find contradictions. For example, a character might have a happy emotion mentally when talking about how they found someone dead. This does not make sense and this is another way you can unlock lies within the testimony of characters now. 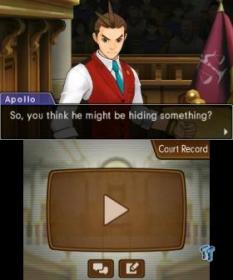 The other new mechanic is the perceive function. As testimony is given, the game may move into a perceive function where the user must find something on the character that indicates they are not being truthful. For example, in one of the perceive challenges, you have to find a nervous twitch on the characters hand. These two mechanics make the game a little different to previous outings and are good additions to the series. 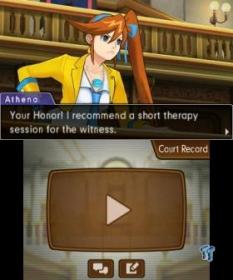 Aside from this, the core gameplay remains intact and is split between the courtroom and gaining evidence. There are five main cases in the game and they progressively become more involved and longer as you progress through the game. However, with the core gameplay remaining the same, some of the problems which crept up in the past return.

There can be significant amounts of time between sections where the user does not interact with the game and has to just sit there reading. This has always been part of the series so fans will not mind, but anyone new to the series may start to find the game formulaic and repetitive after a while. It is almost the perfect commute game. In short goes, the game is at its best, but lengthier play sessions can become boring. 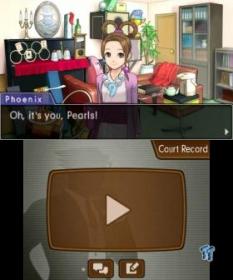 The rest of the game is very much like that of the previous games where it splits the gameplay between in the courtroom and the location of the crime. In the courtroom scenarios, you have to think quickly on your feet and try and figure out where the contradiction is taking place, whilst during the crime scene sections, you can be a lot slower and methodical with how you approach the game. Most of the cases have at least one court sequence and one crime scene, so you generally get a mix of both as you progress through the game, just like in the previous titles of the series.

One area where we were quite impressed is the visuals of the game and more specifically the 3D effect with the 3D mode on the 3DS enabled. The cartoon style of the previous titles returns, but with a higher fidelity on the graphics department. This really is the first game that we can strongly recommend you play through in 3D because it really adds to the experience of the game. There is no voice acting within the game, which makes the lengthy story sections even harder to endure, but overall the visuals somewhat make up for this. 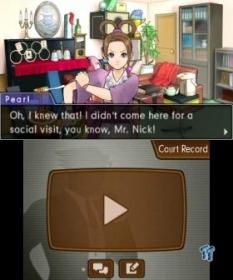 Ace Attorney - Dual Destinies is an excellent Phoenix Wright game that is somewhat let down by problems that have plagued the series for a number of versions now. The new game mechanics are interesting and give you an even higher level of ways to crack cases and the 3D graphics really work well on the 3DS system. If you can put up with lengthy sections of text, then Dual Destinies is likely to be a game for you and your 3DS.