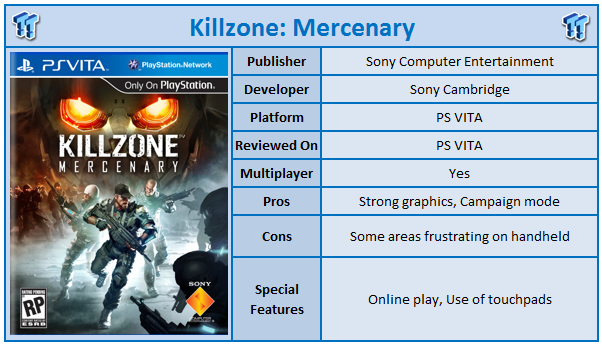 When it comes to systems that have failed to live up to their potential, the PlayStation Vita currently has to be the number one. Released by Sony with much fanfare and claims that it would allow console quality gaming on the road, the Vita really hasn't had that game which blew everything out of the water, but with Killzone, that has potentially changed. This was Sony's poster franchise for the PS3 including a controversial E3 presentation, but all these years later, can the handheld revive what is really a franchise that lives in the shadows of many other large first person shooters?

You play as Arran, a mercenary for hire on a routine mission to evacuate a captured ambassador, when things predictably go awry. You come across a young boy who turns out to be the difference between winning the war and losing the war. As you would expect, the story focuses on the struggle to keep control of the boy, and to stop him from falling into enemy hands. 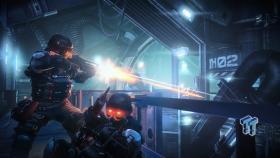 The gameplay featured within Killzone: Mercenary is very much the same as the console. Whereas in the past offshoots of the series have taken a different tact such as having a tactical view instead of from the first person, Mercenary is played from the first person, like its console big brothers, and to be honest, if you saw this running on a television, you would think it's a PS3 game - the quality is that good.

For the most part, the objective remains to shoot a lot of enemies and get to the other end of the level, although the touchscreen has allowed the developers to mix up the gameplay somewhat. Unfortunately this often results in frustrating game mechanics that leave you wondering if the additions enhance or detract from the game. One such mini game is the firewall hacking system. This is done via the touchscreen by matching up polygonal shapes to that which is displayed. The main problem with this mini game is that it's not well explained within the game, and there isn't a single mention of it within the game's electronic manual.

There are also other problems which come from the gameplay that could have been avoided. It seemed that on almost every mission, we were asked to defend a position, whilst an area was hacked or a character hid, as we defended them. This becomes tedious and the generic nature of some of the missions will leave you turning off the Vita and coming back later - especially if you are not playing this on the move, and are instead playing at home, for example.

However, looking past some of the problems with the missions themselves, the game is a technical marvel. We finally have a game that shows the true power of the PS Vita system, and the claims of console level gaming on the move by Sony has finally been found to be true. The control system also works perfectly - whilst we have seen first person shooters attempted on systems without dual sticks, there is no doubt that the dual sticks are what makes this game as good as it can be, in terms of control. 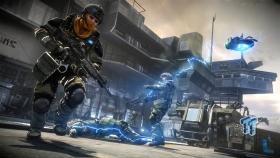 The only real issue we have with the controls is that the developers seem to have shoehorned in touchscreen controls and also controls which use the back pad of the Vita. The back pad is used to zoom in and out with a sniper rifle, whilst the touchscreen is used for hacking games, setting bombs and pulling levers. It just seems tacked on, and whilst the controls work well for the most part, there potentially could have been more imaginative ways to use the touchscreen.

Another disappointment comes from the actual core gameplay and missions. The checkpoint system within the game just doesn't lend itself to a portable game. Many times we lost around ten minutes of mission progress because the checkpoint system is built more for a home console game than a portable, and many times we found ourselves just turning off the Vita at that point and coming back later. This is one of the main flaws we found with the game. This is a console game that has been put on a handheld system, which at times does not take into account the fact that it's portable. There are many things which happen that would be acceptable in a home version, but on a portable game, are incredibly frustrating. 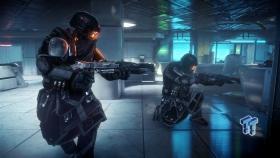 The game is also challenging, even on the lowest difficulty. The AI isn't the smartest, but there is a lot of them and they generally have powerful weapons. You will find yourself using the melee option (which is deadly, so much so it's almost a cheat) more often than not, due to lack of ammunition. To assist with this, the game places weapons merchants around the game that allow you to reload your weapons or buy new ones for the battle. This is somewhere you will visit a few times because Killzone: Mercenary continues the franchise tradition of only allowing you to carry two weapons at a time.

The environments in which the missions take place are that of which you traditionally see in Killzone. Run down urban areas, caves and huge enemy structures are the name of the game and one issue which wasn't present on the home versions rears its ugly head here. There are times where the game becomes really dark with not much lighting, and in sunlight it can be hard to see the screen. This became such an issue that we found ourselves adjusting the brightness setting, which of course can impact the system's battery life.

From a graphical perspective, as said before, this game is a technical marvel. There are some stunning visual effects that you tend to only see on home consoles, such as reflective surfaces, and overall the game is beautiful. What's most amazing is that the game runs constantly without nary a sign of frame rate drops. This is a game that could easily be mistaken for a PS3 game and that is a credit to the graphics team on this title. The sound effects are also impressive with voice acting present and a strong cinematic soundtrack. 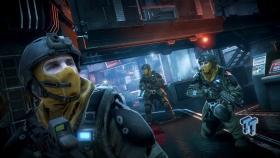 Killzone: Mercenary has a strong multiplayer suite as well, although it will take you a bit of time to get into it. Before playing, you currently need to download a patch, which is over 1GB and for a portable game, this is just a tad silly. Aside from that, the multiplayer options and varied and the component is strong. We imagine this is a game you would want to play over Wi-Fi instead of via 3G, due to the low latency required for good gameplay. There is the typical modes you would expect like death match, but also a mission based option with five levels that run in succession. The result of each mission sends the story into a different path with the winner being determined after the five maps are completed.

Killzone: Mercenary is a game that in many ways proves why the PS Vita exists. Up until now, we haven't really had a game that delivered on Sony's promise of console level gaming on the road. The game is stunning, to say the least, and whilst there are some problems with the design and some of the missions can become repetitive alongside the multiplayer, it's still a very strong package. If you have a Vita system already, this is a must buy game, and may just be enough with the recent Vita price drop to entice some more gamers into its ecosystem.