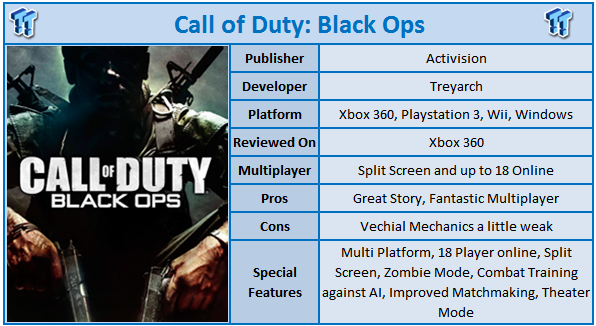 With 5.6 million copies of Call of Duty: Black Ops sold within 24 hours of its launch, you have to think that most people had already made up their mind about the game and whether or not they were going to buy it. The seventh instalment of the popular franchise sees Treyarch in the development chair again who no doubt hope to bring us the best Call of Duty yet.

From the moment you start you find yourself literally and figuratively strapped into a chair as you're being interrogated by an unknown source about a number of missions that have been done over the years.

The main story consists of you taking control of a few characters during a number of flashbacks based around 1961 to 1968 during the Cold War. As you find yourself being interrogated by a mystery man, the answer to his questions come from previous missions that you flashback to and complete. 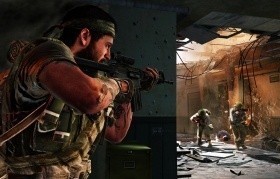 During the flashbacks you'll hear the voice of the mystery man asking questions and you'll hear Alex Mason, the man strapped to the chair and a Special Forces Operative who you will be playing at times answer the questions as you go along. You really get this feeling of two levels happening and it adds something new to the mix with you playing almost two stories; the one based in 1968 with Alex Mason in the chair being interrogated and the other completing missions over the Cold War period. 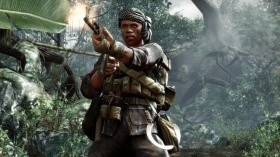 From the moment you start it's all action; the gun fire is fast and furious, the explosions are plenty and the desire to hunt down the enemy is there from the second you get into the first mission.

Throughout the game you're going to see familiar names and faces like Fidel Castro and John F. Kennedy, while seeing others like Viktor Reznov who was seen in Call of Duty: World at War.

The story is very strong, if not the strongest of the franchise to date which is made only better with some fantastic voice acting and motion capture. And while you feel the game is sometimes turned up to 11 when it comes to the 'in your face' action, it's not at the point where you should find yourself having any issue with it. 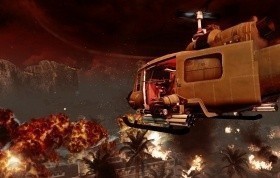 Outside of the normal running you'll find yourself in the odd vehicle here and there which accelerates the game to an even higher pace. With that said, on a whole it adds little to the game and the vehicle mechanics at times when you're driving are quite poor.

You would feel that slow down and frame drops would be an issue, but the game ran very smooth with no noticeable issues that caused the game to be harder due to dropped frames. Aiming continued to be strong and running through the trenches dodging tank shells continued to be the main priority.

Once the story is completed you've got Zombie mode which was seen in World at War and brings with it support for four players via online or two via split screen. Here you're able to take the role of such people as Richard Nixon and John F. Kennedy while on the hunt for zombies in The Pentagon.


With well over half a million players on the Xbox 360 version playing online, it's clear to see that some people skipped the single player aspect of the game and instead chose to get straight into the action that is multiplayer, and it's here you really see another aspect to the game.

While most of the game will feel familiar from previous versions with the experience points, levelling up and unlockable extras, there's a few changes from the predecessor with the points you earn now being used to purchase weapons and upgrades for your character.

If you feel like there's a little gambler inside of you as well, you can jump onto Wager Match which gives you the ability to wager points you've earned to inturn win a whole lot more. Online Split Screen is also back for Xbox 360 and PS3 users which we saw in Call of Duty 3.

Something else included which we saw in Halo: Reach is the ability to now record online gameplay and give other users the ability to see it. With this feature and the large customization to your in game character, you get the real sense of a social networking environment going on. 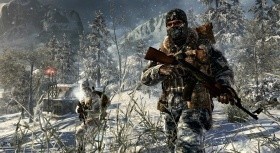 Graphically Call of Duty: Black Ops is a good looking game that's made only better by some fantastic voice acting. Audio is also extremely strong and there's no doubt that some users will opt for the headphone setup to help feel that immersion as bullets fly past you and new craters in the earth continue to be created.

If you're a fan of the franchise you're going to no doubt love the latest instalment. If you've missed out on the last few it's a good time to pick it up and get back into the series with the story being one of the best. With that said, if you're going to jump into Veteran difficulty be prepared to encounter the odd infinity enemy respawns during some points and as usual some stupid AI controlled team mates. Fortunately, though, the grenade spamming is nowhere near as bad as we've seen from previous iterations of the series which helps drop frustration levels slightly. 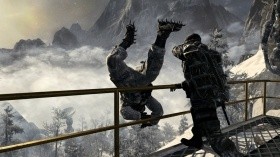 The decision to pick up Call of Duty: Black Ops and play it isn't going to be a difficult one with over 5 million people choosing to do so already. The hardest part is deciding if you jump into multiplayer and start ranking up or go in and enjoy one of the best stories the franchise has offered us since launching. There really is no wrong answer.