All NewsBusiness, Financial & LegalCases, Cooling & PSUContests & GiveawaysCPU, APU & ChipsetsDealsDisplays & ProjectorsGamingMotherboardsScience, Space & RoboticsStorageVideo CardsVirtual & Augmented Reality
All ReviewsAll ArticlesAudio, Sound & SpeakersCases, Cooling & PSUCPUs, Chipsets & SoCsComputer SystemsDisplays & ProjectorsGamingMotherboardsNetworkingPeripheralsRAMStorageVideo Cards
GuidesGamingAsk the ExpertsNewsletterAboutForums
RTX 3090 TiRTX 4090Diablo 2GTA 6Halo InfiniteElon MuskRTX 3080HDMI 2.1
Wow. What a start to E3 this has been. We've known for around a year about Project Natal, but did anyone ever think that Microsoft could actually deliver on that promise? It seems that they have and then some. This week we finally saw the unveiling of the final name, Kinect, which is quite clearly a play on words of 'Kinetic'. Microsoft wasn't able to use that term even if they wanted to; this because of Eye Toy Kinetic, a fitness program released for PS2 a few years ago. Sony's current tag line for the Playstation 3 (and very successful marketing tool right now) is 'It Only Does Everything'. Well, they may need to revise that after the unveiling of Kinect, because you still need a controller. 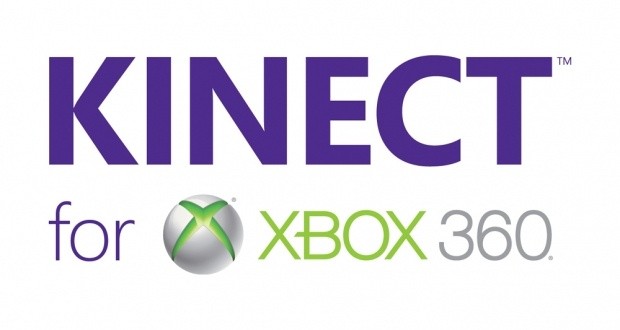 That's where the big improvement on gaming may come from, the controller-less experience. How many of you have had relatives try and play games and give up because it's all too hard and too foreign? Many, I am sure. This is where the game changes, this is where Microsoft comes out of its shackles and shows the world the fun of gaming. As a long time gamer, the Kinect is probably not designed for me. It's designed to bring new people into gaming and the thing is, it will.

Think about it. Take Forza Motorsport for example. Until now (unless you purchased the Steering Wheel at additional cost), you've had to learn a control system on a gamepad to play. This is easy for long time gamers, but quite daunting for those new to the gaming industry. With Kinect (and a Forza version is in development) you just put your hands out in front of you as if you were steering and race around the track. Imagine walking home tonight into the family house and showing this thing to your dad and telling him how to play and that it doesn't involve a controller. Nintendo kicked off this ball game with its often derided Wii, but there is no doubt that the Wii has changed gaming for the future. Kinect may take us to the next level. 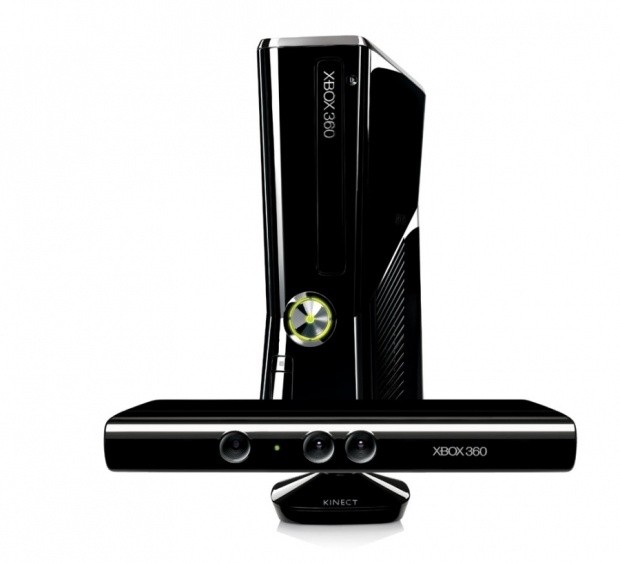 The other thing about Kinect is that it represents you as a 3D object and can pick up depth. So why is that amazing? And what are the gaming implications? - First of all, the aforementioned Forza Motorsport Kinect game will have head tracking built in. As you move your head, the 'drivers' view point will change as well. So let's take that to the next level. Think of a light gun game. With this camera it's possible for the developers to have you hide behind couches to avoid shots rather than pressing a button in-game. Yes, it would be silly and a small gimmick most likely, but technology which was only dreamed of in the past is here and now.

There is no doubt that Microsoft would acknowledge Nintendo's influence on gaming in the past few years. Motion controllers are the rage right now, but what Microsoft has delivered is the next generation. The Kinect can pick up your voice. This could have serious implications on gaming as well. In the past games have picked up voice commands and acted upon them, but we've not really seen this on the Wii. Microsoft is delivering on its promise from E3 a year ago. The initial line-up of games are quite good as well, but as expected, very skewed towards the casual gamer.

Kinect Adventures - We aren't too sure what to make of this title yet, but Microsoft promises that we will be adventuring the world and obstacle courses right from our living rooms. 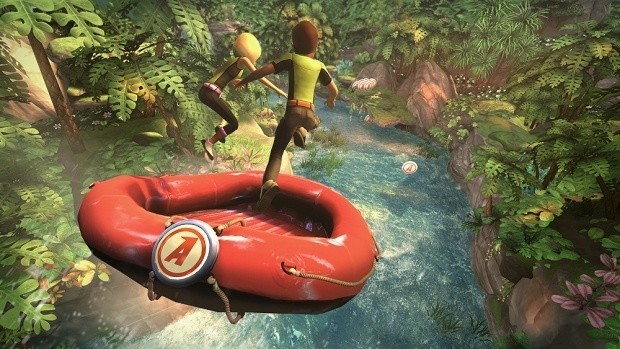 Kinectimals - Remember Nintendogs? That game from Nintendo which took the world by storm and was basically mixing dogs with tamagotchis? Kinectimals takes this to the next level. Have a baby lion grow up on your Xbox 360, influenced by how you treat it. The animals will also respond to voice commands. 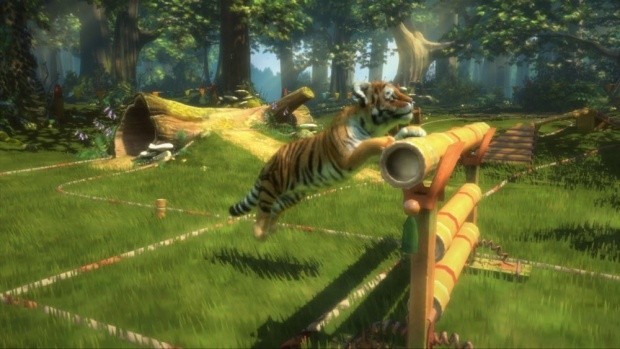 It remains to be seen if this is taking Nintendogs to the next level or just Microsoft's two year late version.

Kinect Joy Ride - In development for a long, long time as a game designed to show off avatars, the developers went back to the drawing boards and built a Kinect game instead. Think Mario Kart with full body movements and you're on the right track. Considering the success of Mario Kart, they might be on to a winner. 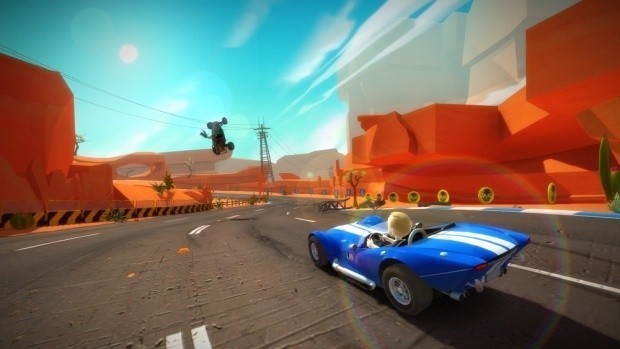 Kinect Sports - The obligatory Wii Sports inspired game by Rare will have you taking on soccer, bowling, table tennis and beach volleyball just to name a few. Again, we may have seen this all before, but we're interested to see how the final product turns out. 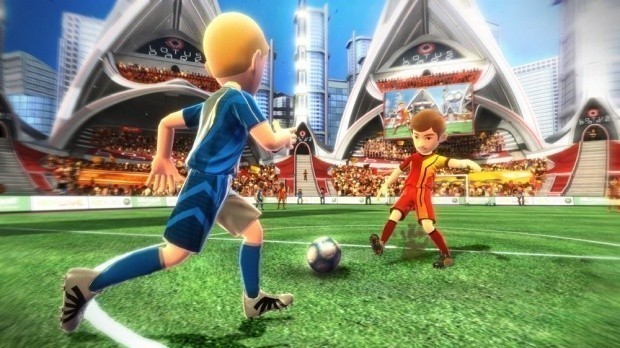 Many more are being announced throughout E3, but these are the key launch titles from Microsoft.

However, the implications for the system do not just extend to gaming. We've all seen a science fiction film in our time where someone controlled a screen with their hands and always wanted to do that. Some people have reversed engineered the Wiimote to be able to do this, but you still need a physical item. Kinect will allow you to control the Xbox 360 system with your voice and hands.

A few weeks ago Steve Jobs unveiled the iPhone 4 and one of his co-presenters said 'Remember Star Trek and the video phones? Well, finally we can do that'. Clearly that man has been in a time warp because we've had video calls outside Apple hardware for a long time, but this is the first time an affordable solution to control your TV (well, at least your Xbox) with your hands is available. This probably excites me a bit more than the actual initial line-up of games, because I could be cleaning the house, want to change the music on my Xbox that's playing and just swipe my hand. 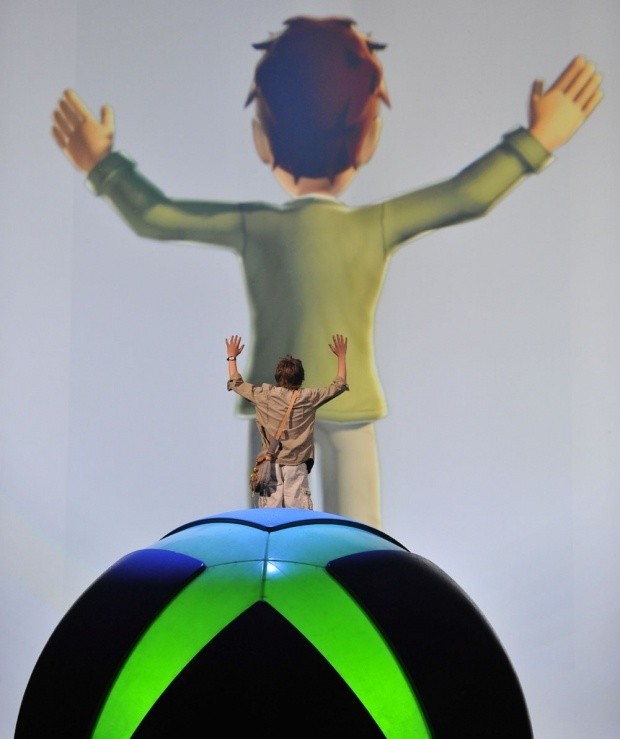 What Microsoft has shown so far is somewhat exciting. Whether they deliver on the whole promise or not is up in the air right now, but what is not is that they have crafted an incredible piece of technology. Let's just hope they know what to do with it in the long run and turn this into a formidable and must have product for not only casual gamers, but all gamers alike.