2008 was something of a changing of the guard. Konami shipped the same game yet again with updated rosters (something EA has been accused of many times by this jaded journalist) and EA shipped what has quickly become known as one of the best football games ever. Peter Moore of EA liked what he saw and challenged the team to make an even better football game and in 2010 they have. There is no doubt that FIFA 10 is one of the greatest football games ever made and the promise of next generation football is finally coming to pass.

The main focus for FIFA 10 has been the introduction of a 360 dribbling system. For those uninitiated in the sport, that is where the player runs with the ball. In the past we have been limited to the eight way directional system of the control pad, but this year EA has developed a system which allows for true 360 degree control. This adds so much depth to the game as you can jank around players and put together passes and runs in a much more smooth fashion than ever before. 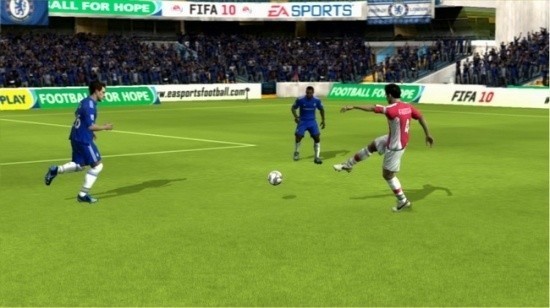 As well as this, the game has significantly improved animations. One of the shining lights of the Pro Evolution Soccer series is that you can play for days and months on end and still not see all the animations. FIFA 10 has the same feel. Players react differently depending on where the ball is in comparison to their chest, arms, head and legs. This leads to some spectacular animations such as bicycle kicks and also gives a realistic take on the game. When a player goes in hard and crunches another player, you can feel the brutality of the challenge through the animation.

The other main change for FIFA 10 is the changes to the Be a Pro mode. First introduced in FIFA 09, Be a Pro allows you to build a player and take them from the reserves through to the national team captaincy. In this mode you play as a single player on the pitch and have to work with your AI team mates to create chances, score goals and defend. Depending on which position you choose, this determines your coaches requirements such as 'score a goal' or 'concede no goals'. Achieving your coaches desires improves their feelings and thoughts about you and before you know it, the first team and national honors await. 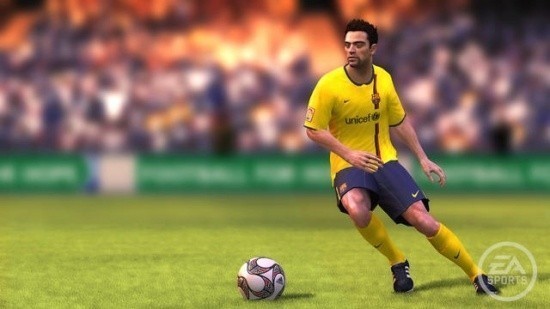 The biggest change, however, is that Be a Pro is present in every game mode. The pro you built when on the pitch in a normal game is gaining attributes just like they do in the Seasons mode. This allows you to play the other modes without the feeling you are neglecting your custom player. This is possibly the biggest and best selling point of the game as well as the fact that they have significantly increased the difficulty of Be a Pro and to make it to the top, you really do have to be one of the best.

It is clear that the development team is full of football fans from the small nuances they have added this year. First of all, running into a player at speed off the ball now draws a foul (as in the real game) and so physically playing is not the best way to win anymore. There have also been improvements in the way that the referee system works. Significant development has obviously been spent on the advantage rule and how its applied and assistant referees no longer flag for fouls which are miles away from them. Being a football referee myself, it's nice to see that EA put such effort into replicating the way real world FIFA referees work. It is clear that this is a strong indication of the close knit relationship between EA and FIFA. 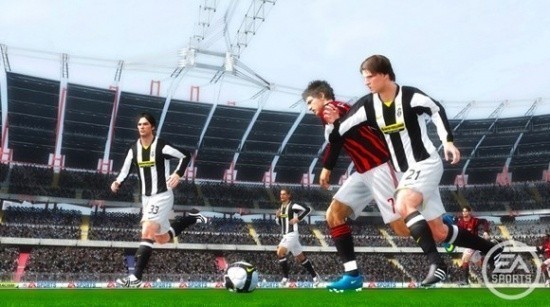 Other than that, FIFA has the usual exhibition modes and tournaments. The meat and potatoes of the game does remain the manager mode where you take a team on and have to manage transfers, board expectations and injuries to take your team to the highest peak. One slight against the game (and to be honest, it has to be like this) is that taking on a small team such as Burnley in the English Premier League, it is unlikely that you will reach European glory and cup glory just because of the likes of Liverpool and Arsenal having such good players (just like in the real world). Perhaps in FIFA 11 EA can introduce an option where you can randomize the success of each team and not have big teams dominate you. 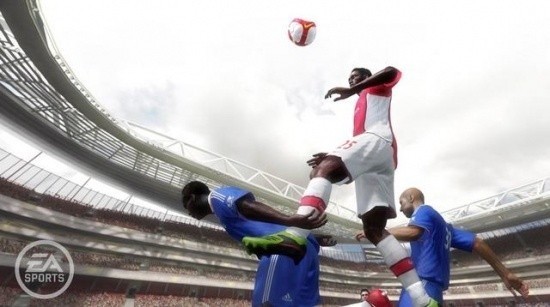 Visually FIFA hasn't changed much in the last 12 months aside from the aforementioned animations, but this is not a major problem as the game did look pretty good already. While it can be said that father time is catching up with the series a little and FIFA 11 needs an overhaul, when the gameplay remains this good it is hard to have a chip at the graphics too much. The audio is well done with clearly audible 'pass it to me' and 'man on' calls from players as well as some of the best commentary you will ever hear in a video game. For those in non-English speaking countries, a whole bunch of commentary in languages is included as well.

FIFA 10 builds on the success of FIFA 09 and comes up with one of the best football games ever made. There have been slight changes to the engine, but the most significant improvement is 360 dribbling which will no doubt change the way people view football games forever. It remains to be seen whether this tops the overhauled PES 2010, but if you just can't wait then FIFA 10 provides some of the best football action around and comes highly recommended.