Fast forward to 2009 and Capcom finally revisits the franchise and while the results do not live up to the originals aura (it really never was going to), it does enough to perhaps introduce an entire new generation to our GI Joe and his mechanical arm. 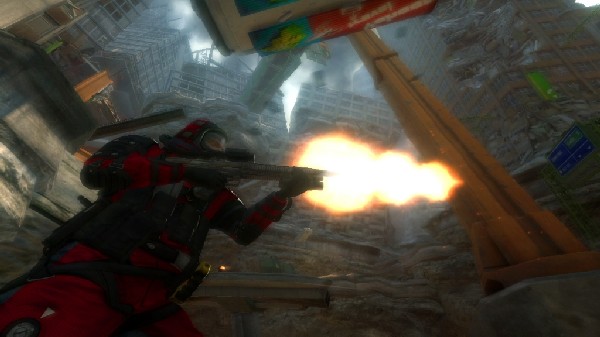 One of the worst parts of this game is the storyline, voice acting and character design. It is cliche and cheesy all the way and there are many times in the game where we thought just why are we playing this story or trying to progress. This is not a game you play for the story. Our main character has just been pardoned from the death penalty and is sent to a destroyed city which has been taken over by a terrorist force. Cheesy, Cheesy, Cheesy. Thankfully the gameplay is not as cheesy.

One of the more interesting aspects of the game is that you actually begin without the mechanical arm. This was a big risk by Capcom and it does not pay off. The first thirty or so minutes you watch a character animate which is clearly missing its huge hulking arm. Also considering the third person shooting aspect of the game is not as tight as titles such as Gears of War, it's just frustrating until you find the arm. Thankfully you do that rather quickly. And once you do, the game turns itself upside down. 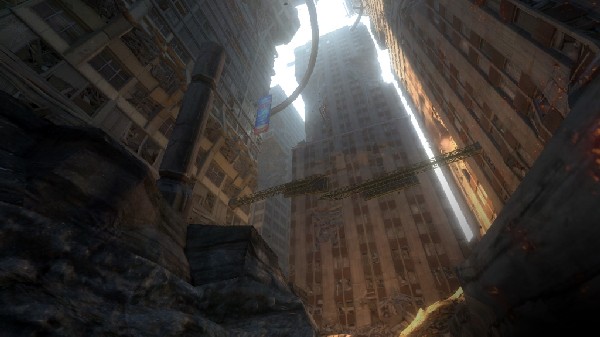 Bionic Commando reminds us a lot of the more recent Spiderman games with its open world setting; however, open world in this case is a bit of a lie. After a nuclear explosion many areas of the city remain radiated and you can't go there without dying. It is clear after a play through that this was Capcoms way of making you take a particular path through each mission. This is like teasing a baby with a lolly and never giving it to them. There are many times where you can see your mission goal a few buildings away and you may be able to easily jump over there quickly, but the area is radiated and the game forces you through a building full of enemies. This is not open world gameplay and is disappointing. 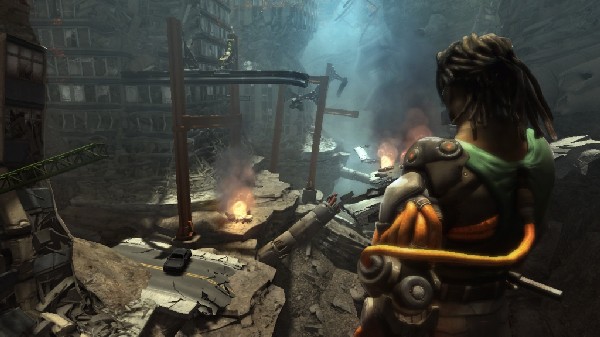 However, the rest of the game is actually quite good. The learning curve on the arm is moderate. There are many times in the game where you have to jump off a tall building not knowing where you are going to latch onto next. Bionic Commando definitely has the 'just one more try' mentality going on. The reason is when you die in the game you know exactly why. It's not getting stuck or being over powered by enemies; it's just you screwing up a maneuver with the mechanical arm. And despite the fact in areas there are times you will die 10-20 times before you figure out what is going on or how to get past, it never got frustrating to us.

Many of the moves from the previous title are available such as the zip kick. However, where the game falls over somewhat is the third person shooting aspect. There are many powerful enemies throughout the world of Ascension City where it is impossible to kill them with the arm. Here is where you can take one of two paths. The first path is to use guns and generally get frustrated at the shooting mechanic. The other and much more interesting way is to use the arm to throw up objects and fling them towards the enemy. By the time the credits roll you are powerful enough to fling objects such as tanks, so it is clear this is the progression the developers wanted throughout. 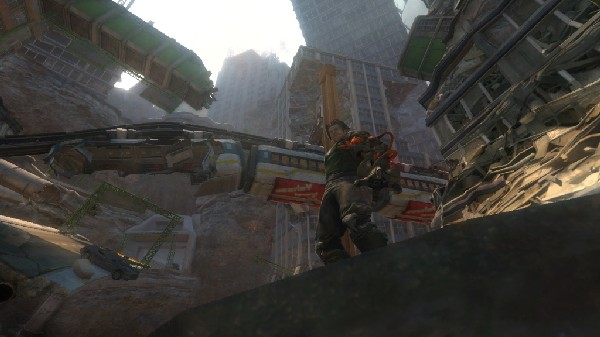 Visually Bionic Commando ticks all the boxes but never goes to the next level. The character design of the main character is quite cliche but there is no doubt that on screen he looks, moves and plays well. The mechanical arm, which basically has a life of its own, is made believable by the animation and the way that it looks in the game. One area where the game does fall down is the enemy design. Generic and boring, it never really changes up and the challenge of the game comes from the fact there is many of them rather then the enemies being smart. As mentioned before the voice acting is uninspiring and boring, but on the flipside the soundtrack is one of the best video game soundtracks we have heard for a while. 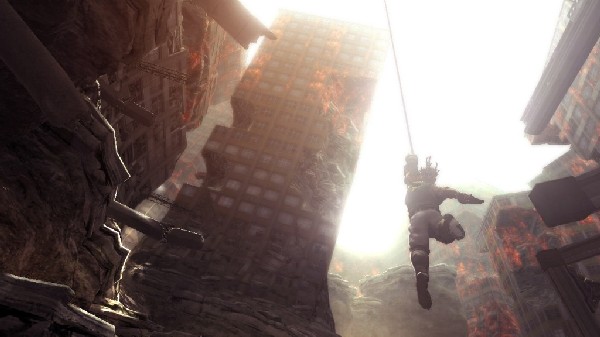 Bionic Commando was a fantastic idea to give the next generation treatment but the execution just did not flow through. Having an entire world available to you only to be pushed in a certain direction is a real disappointment, but it also shows the potential this game had. If it had been this game in the Spiderman style open world, we would have had a winner. However, as it stands it really can only be recommended for a rental because the game is quite short, quite easy (at least on lower than the Commando levels) and also just never rises above its moderate success to become a must have game. 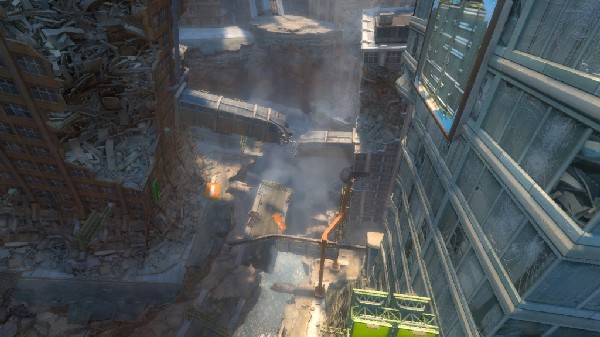 You can currently pick up Bionic Commando for the PS3 over at Newegg for 56.99 U.S. Dollars which includes shipping. 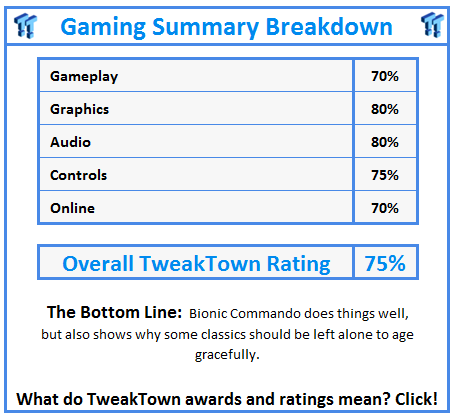