The processor you still have, whilst it's not the current generation, is still more than powerful enough for the setup you have. You're playing at 1920x1080, which isn't really pushing the CPU to its limits on the current generation of games. Your GPU setup would most likely benefit from a faster CPU, but do you really need to purchase it? I wouldn't recommend to do so. 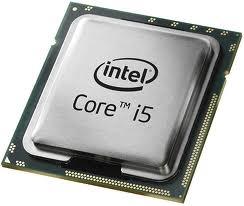 I would wait it out and spend that saved money (which wouldn't just be on the CPU, but motherboard, and RAM) and put it into some new video cards in the future. Next-gen games should launch sometime next year with the next-gen consoles, and will definitely require more grunt. But, even then, your CPU should still fare well.

I would suggest overclocking your CPU a little bit more (if you've got the know-how, and cooling) and save that money for some gruntier graphics cards next year. Again, everyone has a different opinion, but these days, CPUs aren't the driving force of power for gaming as they used to be. You've got a great CPU, I'd keep it for now. I hope that helps you!