Great question, Chris! This is something that NVIDIA and AMD don't really specify on their boxes, and can be a bit confusing when choosing not only a new GPU, but a new TV or monitor. First up, both companies use different forms of 3D technology, on NVIDIA's side we have 3D Vision, with AMD using HD3D technology. 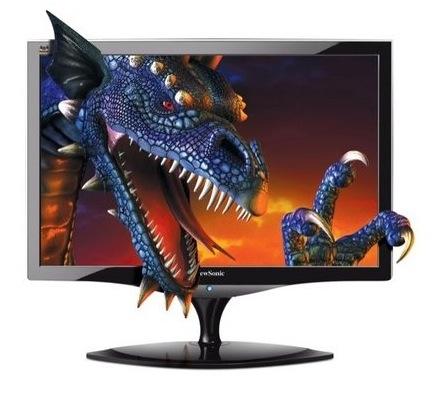 AMD's HD3D on the other hand, is a much more open environment. They don't restrict 3D to specific "AMD HD3D-compatible" screens, which makes them a viable alternative to NVIDIA's 3D Vision. AMD just need 120Hz, but the glasses can be from the monitor manufacturer, and not specific AMD HD3D models.

There are some monitors that will reportedly work at 1080p but just 30Hz (60Hz total, screen limit) but this would result in a sub-par experience, not just for frame rate, but the 3D would most likely not look good at all. Our recommendation is to get a proper 120Hz screen. Even if you were to get a 3D Vision-compatible monitor, you're not locked to just NVIDIA's 3D, you can always use AMD's... it just gives you a monitor that has more life in it, and then you can upgrade in 1-2 years time and not have to worry.

I hope that's helped you!