Can i use more than one Pascal GPU on my motherboard without an NVLink interconnect? What performance increase would I see if i had 3 Pascal GPU's (with and without NVLink) versus 3 Titan X GPU's?

This is something we are going to be getting into later in the year, but first off - NVLink isn't something that you're going to see slapped onto the next ASUS, GIGABYTE or MSI motherboards in the near future. NVLink is poised for the prosumer and professional market, for supercomputers, and insane servers and number crunching systems.

For those who want a bit more information; NVLink allows multiple GPUs to communicate with each other directly, versus going over the slower PCIe bus. NVLink also ushers in 5-12x the speed of the PCIe 3.0 interconnect, while enabling high-speed GPU communication with the CPU, allowing them to share system memory at the same speed. Pretty damn good, eh?

So you shouldn't need an NVLink-capable system, as you should be able to buy multiple Pascal-based video cards and enjoy super-insane performance. I think we'll see some prosumer boards in the future with NVLink, but there's nothing on the PC side of things that would take advantage of it for the general consumer. If you were to use it for something like video processing, etc - then maybe, you might need the speeds of NVLink. For most, if not all consumers and gamers - NVLink won't be used (at least for now). 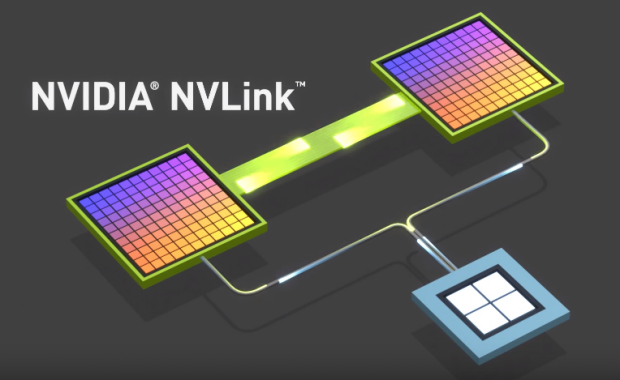