This is sort of a long question (well, short question with a lot of background info), so get ready for a read.

Most people say an i5 is exactly the same for gaming performance as an i7, because very few games can even utilize more than two cores, and no games currently need more than two cores to run, so the extra 4 threads are useless. That is true.

However, Intel's binning process involves selecting the badly deformed chips, and putting an i3 or lesser name on them. Cache is usually the deformed part. Slightly deformed chips are put into the i5 category, and near-perfect chips are given the i7 name. Since the i7's are binned higher, this means they've formed more perfectly. Doesn't logic follow that if they i7's have formed more perfectly, the cores can achieve higher clockspeeds? I know that usually the cache is deformed, so all an i7 guarantees is better cache, but there's also a strong chance, though no guarantee, of higher clockspeed tolerance.

For example, my i5 can only go up to 4.6GHz, no matter how much voltage I apply. However, most people's i7's can go up to at least 4.8GHz, if not 5GHz. I admit, I have seem i5's go up to 5GHz, and i7's stop at 4.5GHz, but I see way more 5GHz i7's than i5's. Since clocks can be pushed further, doesn't that mean single-core performance, and thus gaming performance increases with an i7?

Reece, first of all, thanks for a brilliant question.

Now let's get into it - two parted answer here. Intel's binning process is mostly about - as you said - making the chips that can handle the cache and clock speeds formed into the higher-end Core i7. The ones that don't handle the cache and are deformed, are pushed down the line and turned into a Core i5. The worst of which are turned into Core i3's. 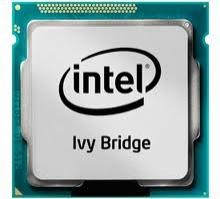 Most Core i7's can handle huge overclocks, personally I have my Core i7 3770K sitting at 5GHz stable. But then you've got to bring in Hyper-Threading to the conversation, which I disable to give me slighter higher clock speeds, while using less voltage and giving more stability while running cooler. Hyper-Threading is great for those pushing core-intensive applications, but games? Nowhere near as much.

I think a 4.5GHz quad-core processor is all anyone would need for gaming, as CPU speed starts to decline in terms of how much performance improvement it will offer after the mid-4GHz mark. If you were running a 3- or 4-way GPU setup, with multi-monitor tech like Eyefinity or Surround Vision, then the CPU speed will help another bit - but not that much. It would be better to have voltages lower and have 4.5GHz than crank the voltages higher to achieve 5GHz.

Now, the second part - how does this help in games? Well, my Core i7 at 4GHz or 5GHz offers no visible change in frame rates or load times. These days, I have my CPU cranked up to 5GHz "because I can", not because it offers visible performance improvements. I just like to remove performance bottlenecks - so if it's capable of 5GHz, then it sits there. My old Core i7 860 used to sit at 4GHz and I see no difference between that first-gen chip and this third-gen chip with the extra 1000MHz.

But, the single-core performance (without HT) is better with a Core i7 overclocked than it would be with a Core i3. This all depends on how CPU-intensive the task is, as games only use up to four cores anyway. This will change next year when next-gen consoles arrive, which should hopefully sport more than four cores, which I'm predicting will have 6 cores with some HT-like technology.

The other benefit now is that Core i7's are not that much more than decent Core i5's... which makes the decision that much easier.