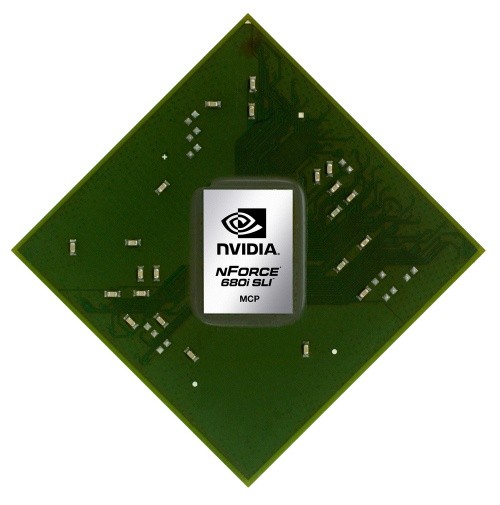 nVidia yesterday not only launched their impressive new range of graphics cards based on the GeForce 8800 GPU but also their new nForce 680i SLI chipset for Intel Core 2 Duo processors.

Besides offering a bunch of new features, one of the key advantages of the new chipset over the aging nVidia C19 chipset is massive OVERCLOCKING potential. Just a standard overclock for this chipset results in a Quad Pumped FSB of 2500MHz - that is 500MHz, even the default FSB of the chipset is 333MHz resulting in 1333MHz bus speeds. Intel's P965 chipset is no slouch when it comes to overclocking - it can also reach 500MHz FSB in some cases (such as Gigabyte DQ6) but that takes a bit of work.

One of the biggest selling points of the nForce 680i SLI chipset will be overclocking. Hence, after ABIT invited us to their office here in Taiwan a few days ago, we quickly accepted the offer and were interested to see their plans for nVidia's latest Intel chipset.

Today ABIT showed us their upcoming IN9 32X-MAX motherboard. It's the motherboard which ABIT is most excited about and should prove a good selling product for them - especially if we see typical ABIT overclocking prowess. Talking about overclocking during our visit, ABIT mentioned that the board should be able to do around 650MHz FSB (an amazing 2600MHz bus speed) but with extra work in the cooling department, you may see bus speeds around 2800MHz. Keep in mind that none of this is proven yet and only time will tell as ABIT spends the next couple months fine tuning their BIOS for the release of the board sometime in Q1 next year.

Currently the motherboard is not yet ready for overclocking since it is using a very early revision BIOS but besides that, the board is working just fine. We were able to run a quick benchmark run of 3DMark06. The system was configured with a Core 2 Duo CPU running at 3.33GHz (333MHz FSB x 10), 4GB of DDR-2 memory and a couple of GeForce 8800 GTX cards in SLI mode all running under Windows XP SP2. 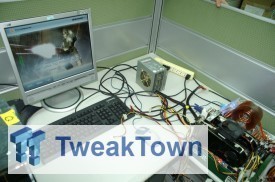 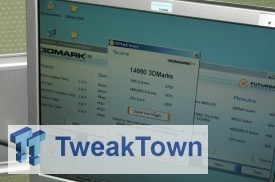 Bearing digital camera in hand, we snapped a whole bunch of photos of ABIT's latest warrior. Features to keep in mind are the 5-phase digital PWM for better power flow, two ESATA ports, Silent-OTES heat pipe technology, two PCIe x16 slots (with the future proof added option of an extra x8 Physics lane on the third PCIe x16 slot) and last but not least the new BIOS reset switch on the I/O panel. It definitely will not be a cheap motherboard but on the same hand, they've really taken it to the MAX.

ABIT are looking to release their IN9 32X-MAX motherboard to the world sometime in Q1 and we can't wait to get our hands on it for testing!