The end of the month was coming to an end and a lot of people thought that for the first time in a long time we would see the ATI driver team skip a month of Catalyst drivers. It's late in the month but not the end of it just quite yet and ATI managed to come through with the goods.

ATI has just made the Catalyst 6.6 driver available for download on their website. So let's get into it quickly and have a look what ATI are offering us this time around and then get straight into the benchmarking.

As with most Catalyst releases, performance has increased in various situations.


The test system has seen somewhat of an overhaul since our last Catalyst article. Thanks to the addition of the DFI SLI DR Expert motherboard, we are running our AMD X2 3800+ at a very stable 2.6GHz. This will go along way to help us remove the CPU as a possible bottleneck in our benchmarks.

The increased CPU clock speed is also made capable with the new G.Skill memory we are using which is running at 520MHz DDR (1:1 with the CPU FSB). We have moved across to a SATA 2 Hitachi drive as well in the mean time but this won't influence 3D benchmark figures much at all.

This month we do only have with us our X1K line up but we promise that a previous generation X800 series card will makes its way back into our line up by the time the Catalyst 6.7 drivers come around next time.

Let's get things under way and see what the guys from ATI in Canada have managed to do for us this month.

3DMark06 paints a similar picture to previous version with no performance changes seen from the Radeon X1300 through to the Radeon X1900. 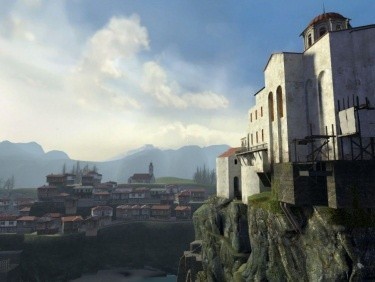 HDR tests on the other hand don't see any performance changes from low to high end.

Doom 3 sees a slight bump at the higher resolutions on the X1900XT but everything else stays at the same level as the previous Catalyst driver.

While Doom 3 saw a small increase, Quake 4 performance sits the same across the board.

F.E.A.R. minimum hasn't changed much but when we move to the averages we can see a slight increase for the Radeon X1900XT.

In our High Quality tests we bump the Antialiasing (AA) and Anisotropic Filtering (AF) up causing the card(s) to be put under more load which usually helps us remove the CPU limitation.

We're using 4 x AA and 8 x AF as this is quite a common setup for most people who are venturing into the AA and AF area.

3DMark05 sees a noticeable increase for the X1900XT.

We again see that the X1900XT gets an increase in performance in our AA and AF tests yet the other cards don't see any change.

In the last of our tests we see that again the X1900XT sees an increase in our AA and AF test.

We weren't too sure if a new Catalyst driver version was coming this month but they ended up delivering and ATI has produced quite as useful driver for the lovers of AA and AF - although mostly for Radeon X1900XT(X) owners who love AA and AF.

Until next month which isn't all that far away, Happy Benchmarking!