Here is where you can fast forward to the final section of the review, and get a quick recap and points on the Azure AI for Notebooks .

Performance: All of our tests were run on the world's first notebook with Azure AI, the Aero 15, so we expect results to get better as the AI learned from the telemetry feedback. It was announced at CES 2019, and it does seem to actually positively impact performance. For now we believe that the program's Cloud mode is better than the Edge mode, and this could be because the local Edge mode utilizes a local database for profiles, and that this database might be artificially limited in size, resulting in the AI not always working or detecting the correct profile for each instance. The Cloud mode consistently did a bit better.

We saw that GTA:V really prompted the notebook to change, which might suggest that Microsoft is targeting the more popular programs and games out there first. It was the only program that prompted the keyboard to change lighting profiles, and it was the game most positively impacted by the AI. As Microsoft adds more software, with precise power tuning per each, we expect to see even better performance across the board.

Easy to Use: Let's be honest, most of us could manually tune system software to artificially increase or decrease power to the CPU and GPU, produce custom profiles for keyboard backlighting, change fan speed curves, and change audio settings. MSI afterburner, Intel XTU, and GIGABYTE's command center can all do these things. However, it's not practical to do this every single time you use said program, most of us might tune it once for our favorite program and then never change it again. That means you are missing out on some potential performance when you do other tasks, and this AI program is meant to make life easier while taking full potential of your machine in every task, and it achieves this.

Great Compatibility: Microsoft's Azure AI for notebooks worked flawlessly, and for a piece of software that runs in the background, we are happy that it didn't negatively impact performance as much as you might expect. However, let's be honest, Microsoft produces the most popular PC OS for desktops/notebooks and has some of the best software engineers on the planet. Since the software essentially is made by the same company we expected it would run really well. It never crashed, never caused a software conflict, and never caused a BSOD, and for a piece of software that's constantly monitoring, gathering, and sending data and then altering hardware, we think that's impressive.

Early Days: We ran into some issues where the keyboard backlighting or fan speed might not change back when we were finished with an application or switching between productivity and gaming modes. Fan mode also ramped up to 100% when we visited some websites, but didn't when we disabled the AI and visited the same website. We think these are issues that are part of the early days of most software, plus it's working on a brand new machine that was just launched along with a just launched CPU and GPU at the time. So, we think it could be the notebook's own driver and software ecosystem communicating with the Azure AI software. When we disabled the AI these issues vanished.

Windows 10 by default collects user data and telemetry and sends it back to Microsoft, and they only really give Enterprise users the ability to easily turn it off, so for most users their data is already being collected and analyzed by the same company that makes this software. We don't expect privacy concerns to weigh too heavily with this software because of that. At least with the Azure AI, the data can be used to our benefit; at least it can maximize performance in pretty much any program. We think this software is more of a thing to boost gaming performance, which in many cases we saw 5-10%+ increases, which is like a free moderate overclock.

The way notebooks, especially gaming notebooks, are designed these days results in certain thinner models limiting performance for heat and power, and this software is a way to compensate for that. For a notebook like the new Aero 15, which is not too heavy, has decent battery life, is thin, and offers the latest in hardware, the Azure AI is an added bonus. For notebooks without dedicated graphics, we don't see it doing much for now since most of the big gains are seen in games, but we expect to see more productivity gains down the line. We also don't see it being of much use in those thicker and beefier gaming notebooks, which are so heavy and have such battery life that they mostly used as a desktop, but these days with the new advanced from Intel and NVIDIA, those notebooks are going to start to be phased out.

A lot of people might be suspicious of the impact of this software, but we found it to be useful, and we also believe it has real potential down the line. With its current capabilities it's mostly used to increase performance, but there are other things software like this can do. What if the AI realizes that in the morning I open the same websites, what if it could put itself in standby and be ready to launch those websites in the order I use them in the morning? What if it could use WIFI and location data to realize I am going to fly? When I get to the airport it could reduce battery consumption by limiting CPU and GPU power. Then when I am on the plane and using the notebook, it could detect low light and automatically put the notebook into low charger power draw mode so when I plug it in to charge it doesn't trip the breaker, dim the display brightness, and put itself in airplane mode?

We can see Microsoft incorporating this software into Cortana, as it seems like that would be the end game. The thing about this software isn't just that it can improve performance, but that it makes using notebooks much easier, much like Cortana tries to. It has a ton of potential down the line to make computing much more user friendly. To be honest, we personally do not use Cortana because of the notifications and having to set things up, but this software just sits there and does its job, the only thing we would change is the default mode from Edge to Cloud mode. A lot of people gut pre-installed software off their notebooks when they first get them, but this is one program we would not uninstall or disable. 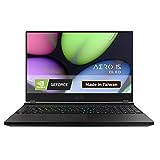