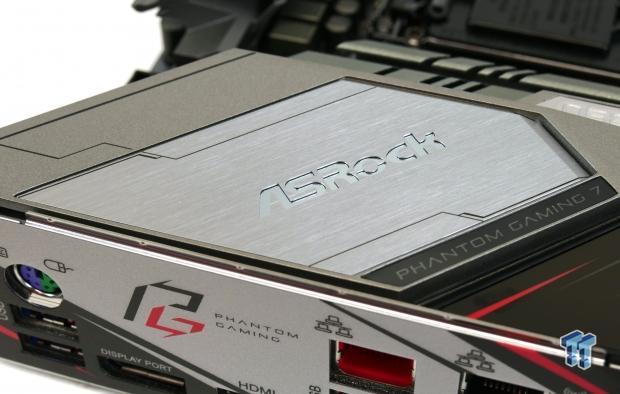 Today we look at the Z390 Phantom Gaming 7, which was actually under NDA until just recently. While we are unsure of why this motherboard was under NDA, it does have a healthy feature set, ASRock's first integrated IO shield, and it's the first motherboard that uses USB-IF's new USB 3.2 renaming scheme. Let's see what this motherboard has in store for us today. 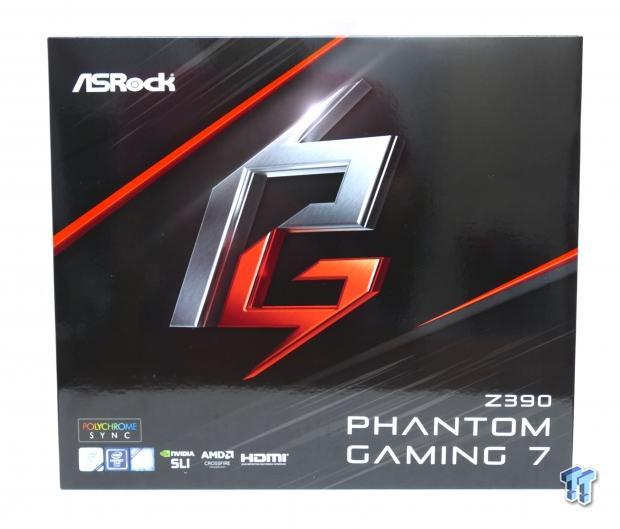 The box has the same design as the other Z390 Phantom Gaming motherboards, and the packaging is well done. 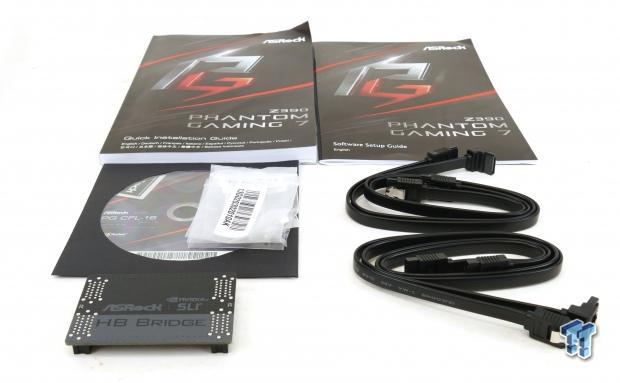 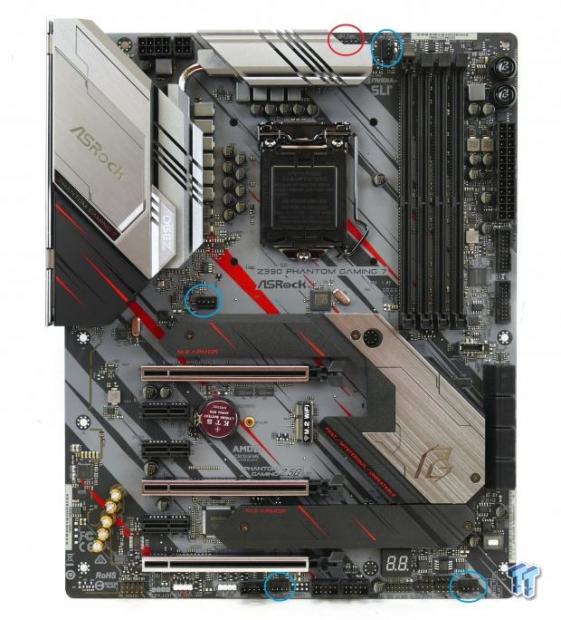 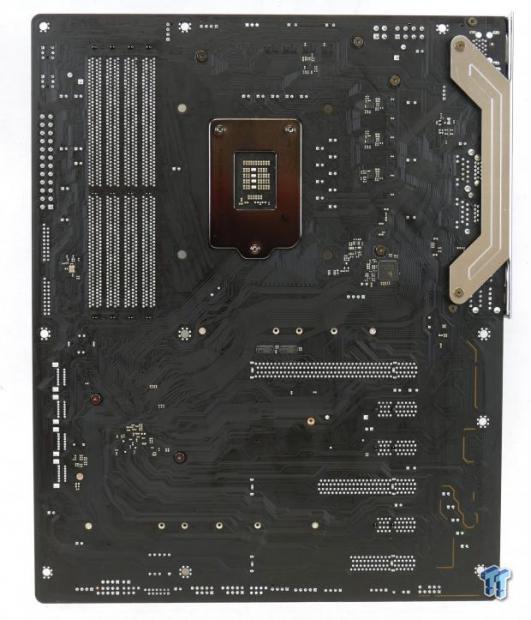 There are five fan headers on this motherboard. The one circled in red is a 1A PWM header for the CPU cooler fan. The other four headers circled in blue are capable of up to 2A of current and can operate as DC or PWM mode fans. The motherboards color theme includes both the silkscreen on the PCB and the colors on the heat sinks. The rear of the motherboard has some chips, but it's pretty barren otherwise. 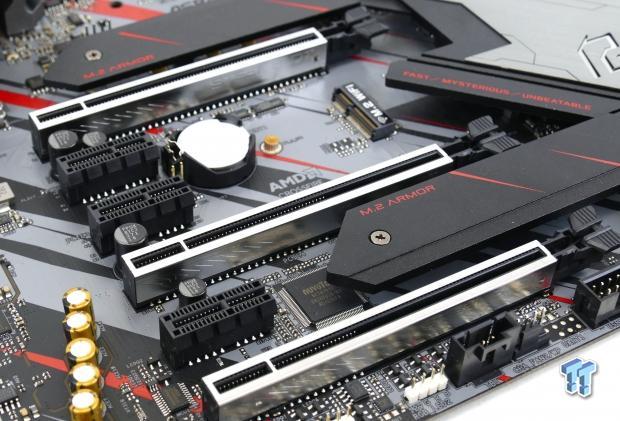 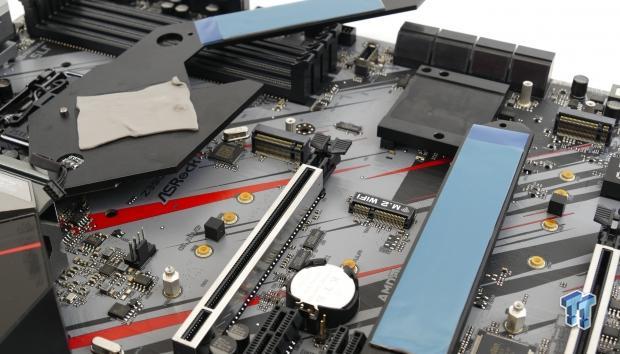 The PCI-E layout is as follows, x16/x0/x4 or x8/x8/x4. Both M.2 slots operate at x4 PCI-E, and it looks as if they share bandwidth with some of the SATA ports. Both M.2 slots have heat sinks, but the heat sink on the top one can be a bit tough to get off since it has a thermal pad that kind of glues it to the PCH heat sink. It's possible to separate it from the PCH heat sink, but it requires some pressure. There is also a WIFI M.2 card slot. 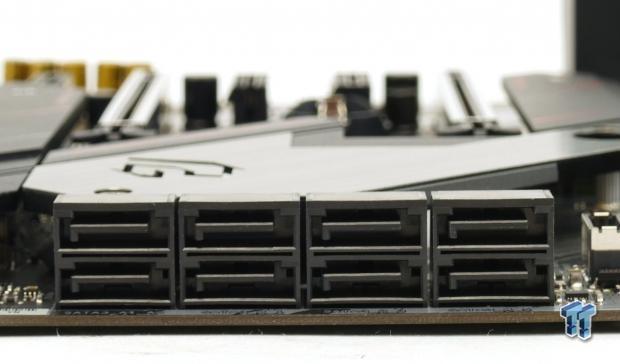 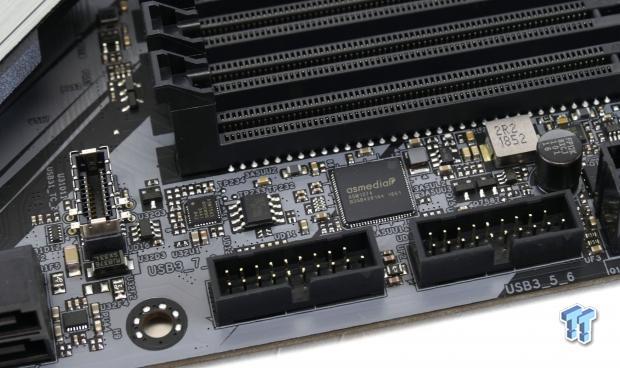 There are eight SATA6Gb/s ports, two of which come from an ASMedia controller while the rest are from the PCH. There are two USB 3.0 internal headers and a USB 3.0 type-C header. 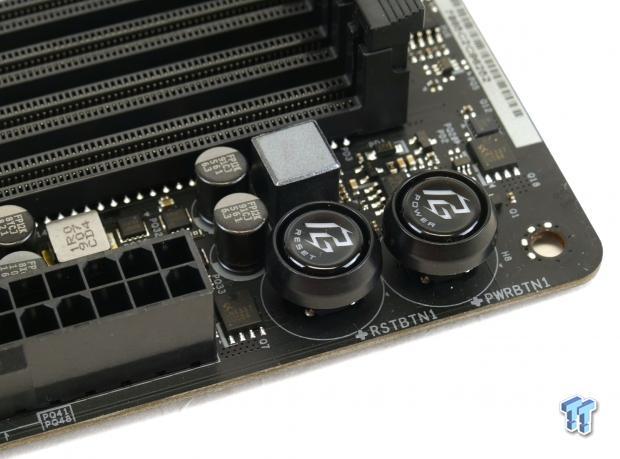 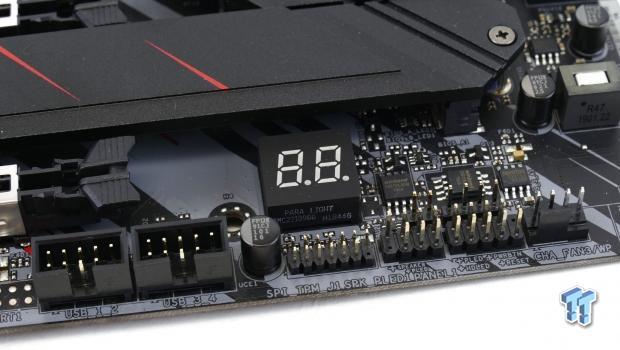 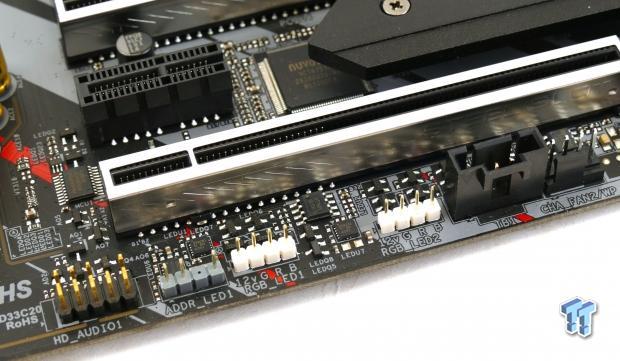 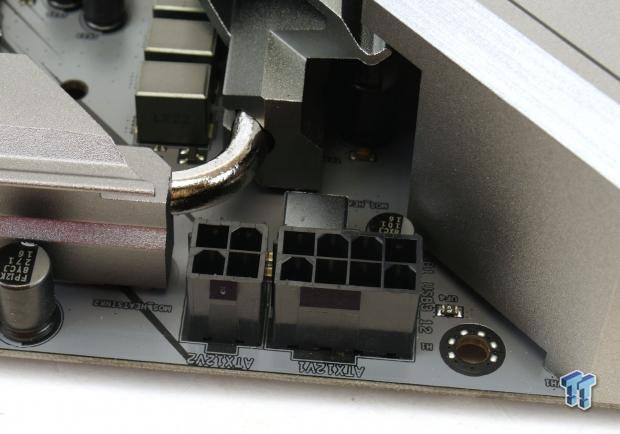 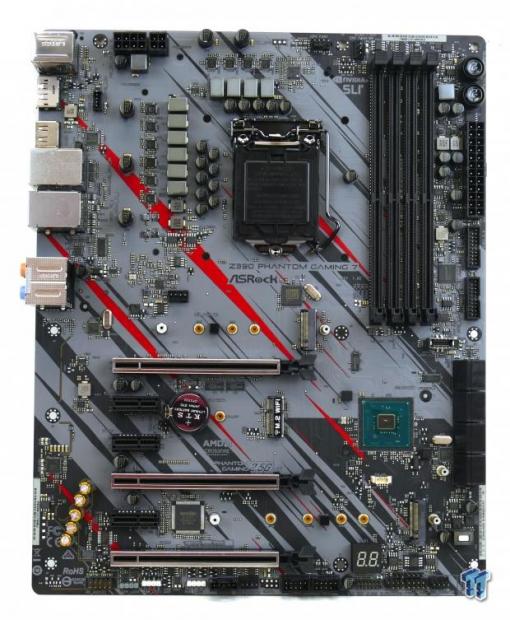 The Z390 Phantom Gaming 7 shows us the goods with the heat sinks removed! 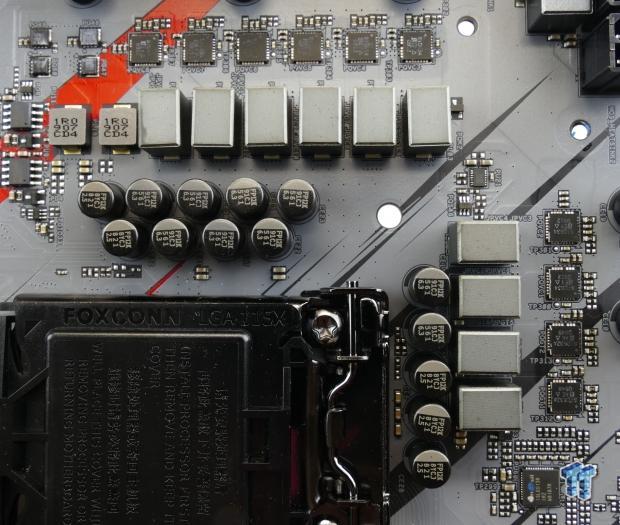 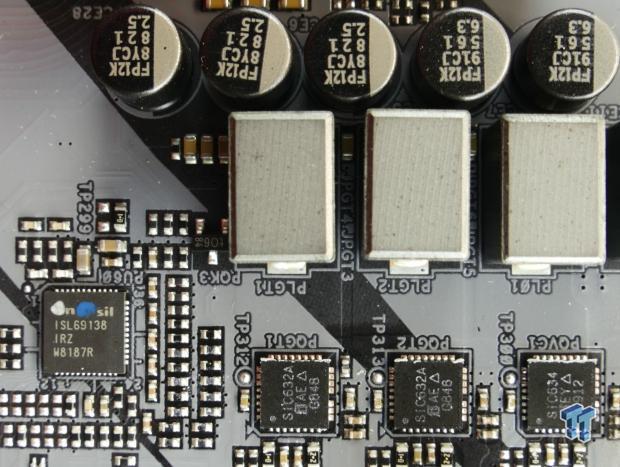 It looks like ASRock has embraced the DrMOS trend of these mid to high-end Z390 motherboards. The CPU VCore is eight phases doubled by four ISL6617 doublers, the iGPU is two phases, and the VCCIO and VCCSA are single phases. The PWM controller is a digital PWM from Intersil, the ISL69138 in a 4+2 phase configuration. The power stages are Vishay DrMOS SiC632A for the iGPU phases and DrMOS SiC634 for the CPU VCore, and both are rated 50A. 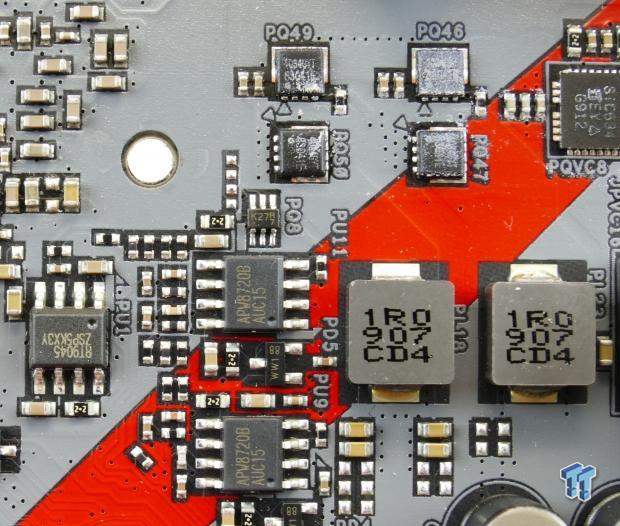 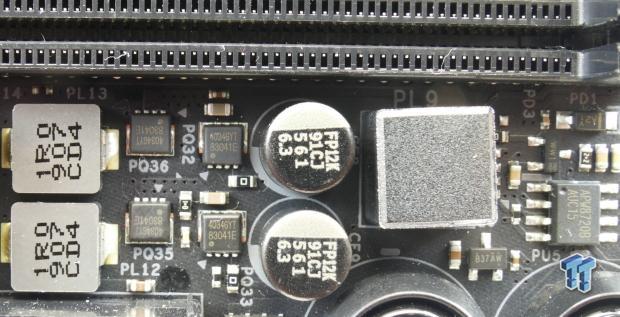 The VCCSA and VCCIO are controlled by APW8720 integrated PWM/driver chips and control smaller MOSFETs from ON Semiconductor. The memory VRM is two phases using the same PWM and double the number of power stage components as the VCCIO or VCCSA phases.

The audio solution consists of a Realtek ALC1220 rated up to 120dB with integrated amplifier going to the rear IO panel, an added NE5532 for front audio amplification, and Gold series audio capacitors. 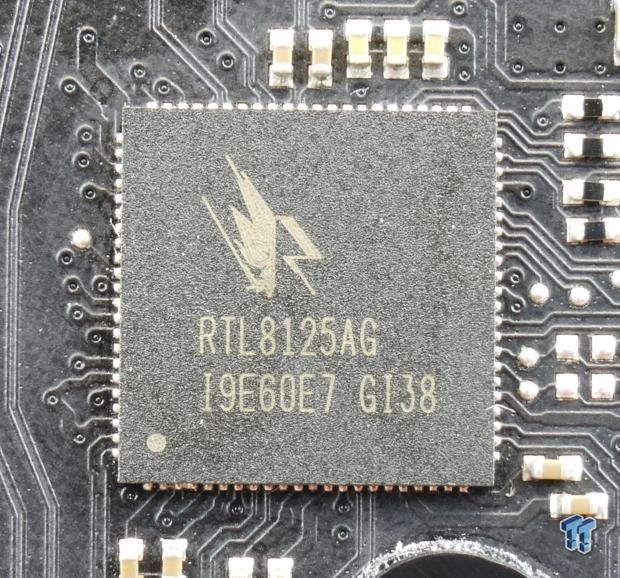 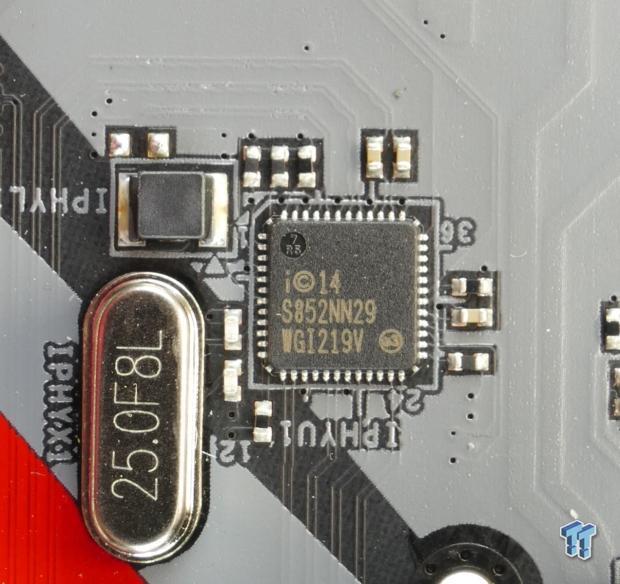 We find Realtek's 2.5Gbit Gaming LAN controller on the back of the motherboard, RTL8125. The Intel i219V is the GBit Intel chip for the 1Gbit LAN port. 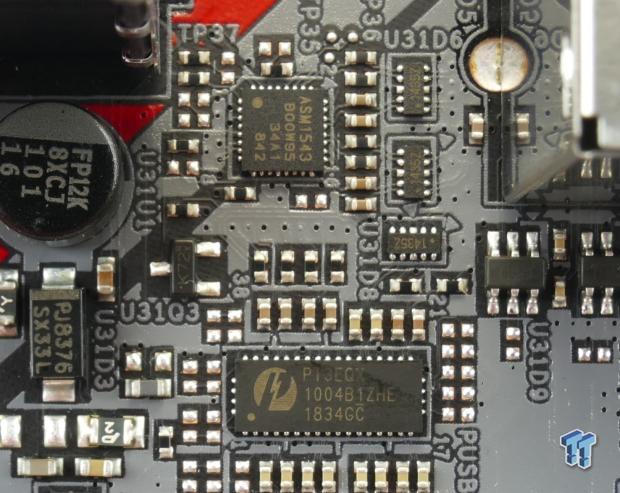 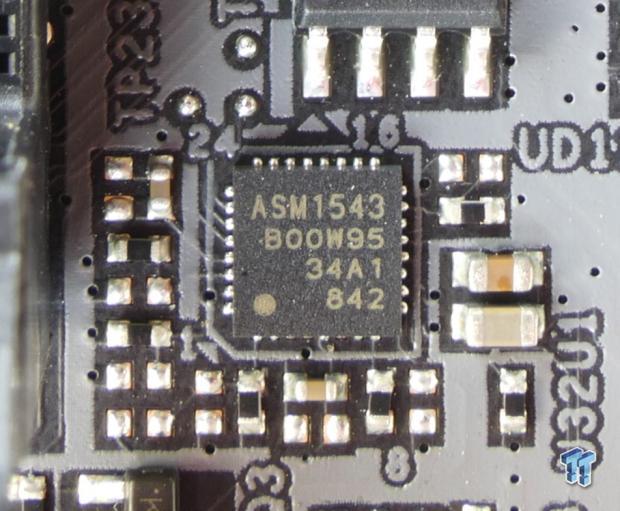 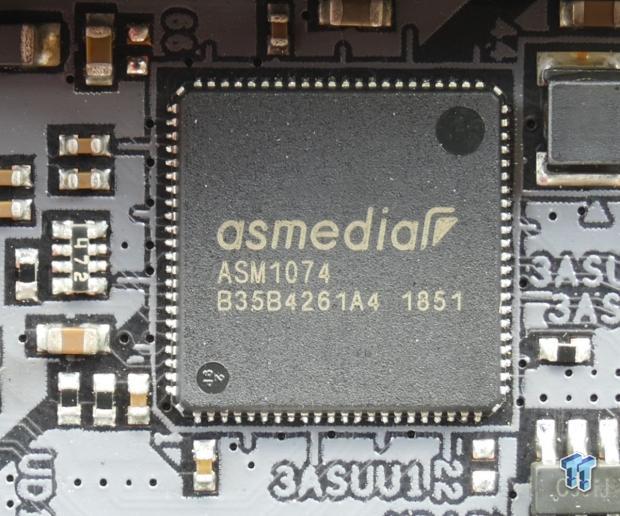 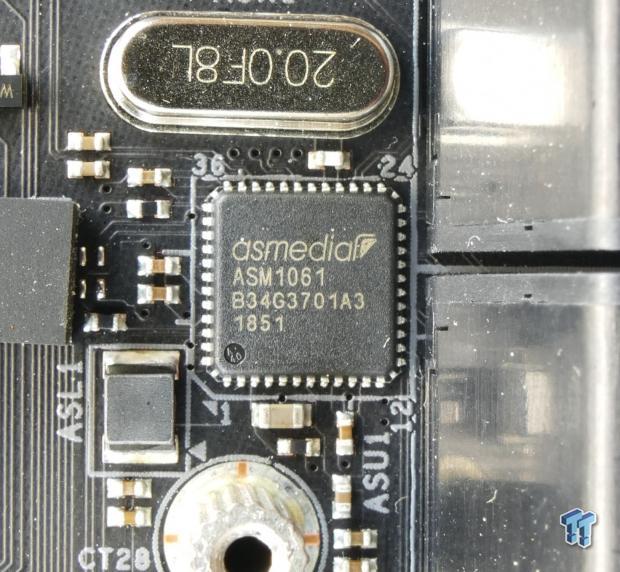 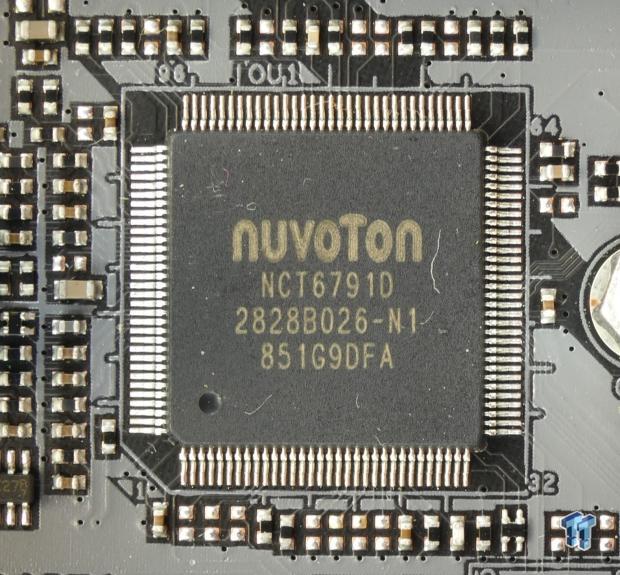 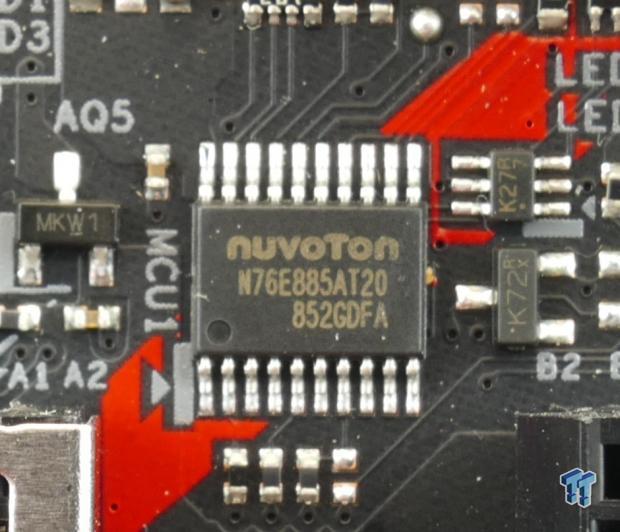 The Nuvoton NCT6791D is used as the SuperIO controller. The Nuvoton N76E885AT is the microcontroller used to control the RGB LEDs. 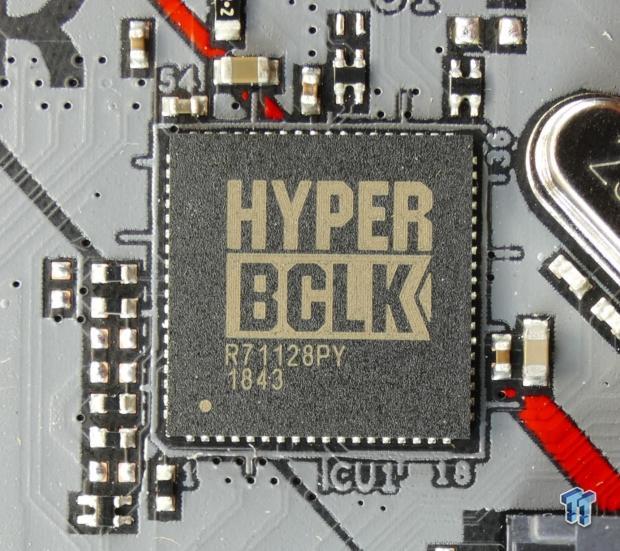 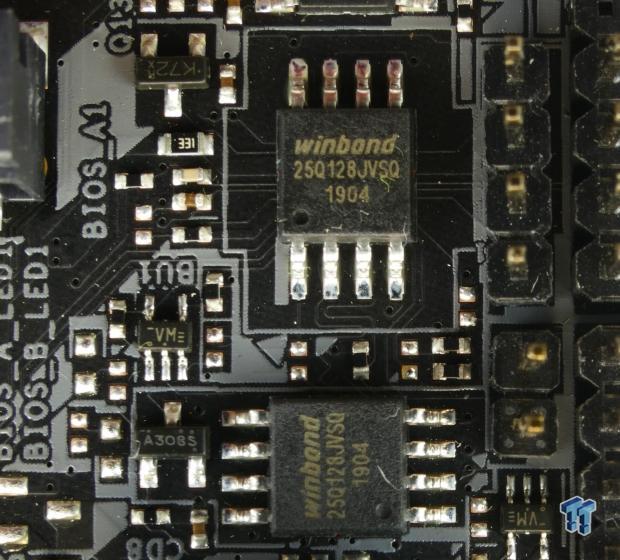 A Hyper BCLK chip is used to allow for better BCLK overclocking. The motherboard has two 128Mbit (16MB) BIOS ROM chips for redundancy.