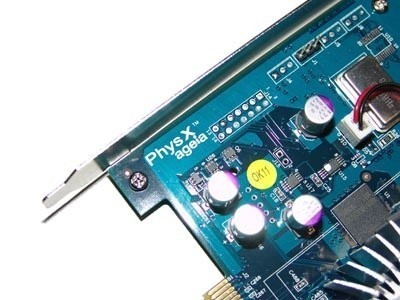 With nVidia's Quad SLI and now real world physics starting to make a real appearance at the retail consumer level, it is a very happening month for those people who want to have the ultimate PC gaming experience. The good thing though - unlike Quad SLI - the AGEIA PhysX hardware while being expensive is a lot more affordable.

With an RRP of $299 USD in the USA and $499 AUD in Australia, the BFG PhysX hardware accelerated physics card we are looking at today doesn't come in cheap and at the moment the only game that people are talking about is Ghost Recon: Advanced Warfighter. 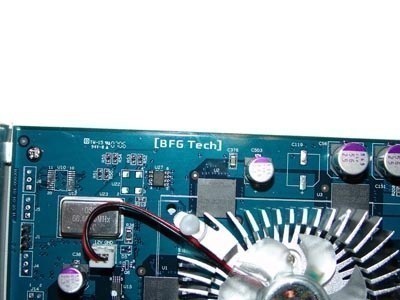 Since this is the game everyone is talking about, we are going to have a quick look at just what is on offer from the BFG Tech AGEIA PhysX card and to see if it's worth throwing those hard earned dollars at.

First up we will have a look at the card and the technology and then we will get into some comparison shots between having hardware AGEIA physics enabled and disabled. Read on as we deliver our introduction to AGEIA PhysX and what it is designed to do for gaming to take the whole experience to the next level in terms of realism.

The BFG PhysX card isn't very large at all and won't cause any problems when it comes to installing in your system. The blue PCB is the same as we have seen on some BFG graphics cards in the past and the general layout of the card makes it look very much like a VGA card minus the fact that it has no output ports. 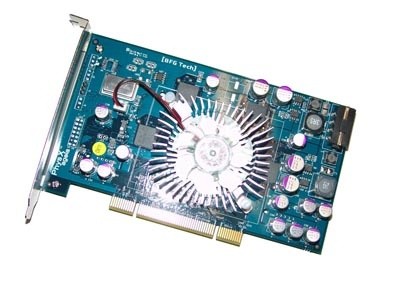 The PhysX card actually generates a little bit of heat when running so as you can see BFG have included an active cooling fan on the card. It is the same cooler that is used on the BFG 6600GT, which it doesn't have any trouble cooling.

The fan also has a blue LED for a little bit of bling! We would recommend that you have good airflow throughout your case as it does get quite hot even with the fan spinning away. 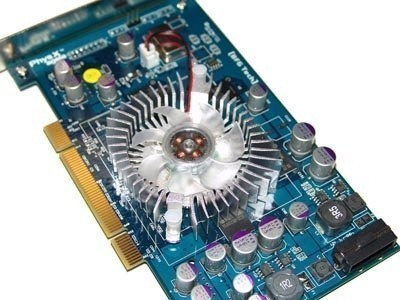 The top right hand corner has a 4 pin molex connector to provide the card with the extra power needed as the PCI slot doesn't offer enough. 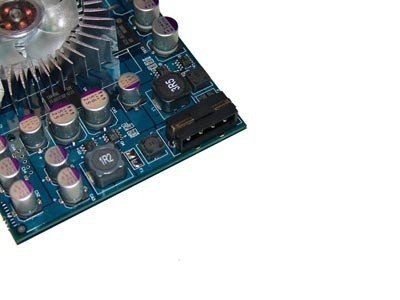 Moving to the bottom of the card we can see that it uses just a standard PCI connection. One question which was initially being asked was if the card was going to be PCI or PCI Express. AGEIA have made it clear that at the moment the PCI bus is able to offer enough bandwidth to do the physics calculations. Hopefully we do see a PCI Express version though as some high-end motherboards now come with less and less PCI slots and people want to start making use of those PCI Express slots. 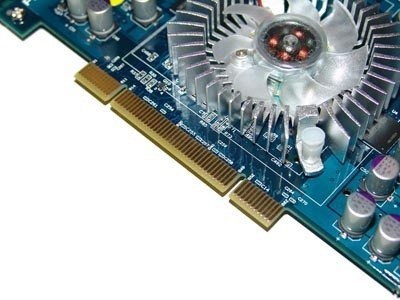 The BFG Tech PhysX card comes with 128MB of DDR3 Samsung 2.0ns memory. We don't know what the memory is clocked at the moment but it will be interesting to see if anyone brings out a program that lets us overclock. How will this affect performance? The memory speed must be important otherwise DDR could have been chosen as opposed to DDR3. Only time will tell what we can do with the PhysX card from BFG Tech. 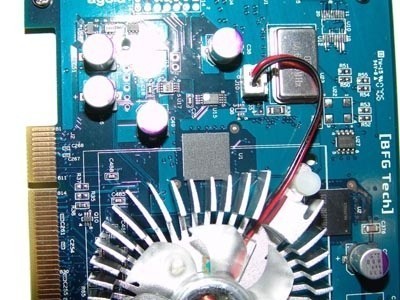 Turning the card over there isn't a lot to look at. There is no memory on the back, all 128MB is located on the front. The cooler is a simple clip in one so there is no back plate either. Apart from a whole lot of circuitry we have the model and the serial number located on the back. 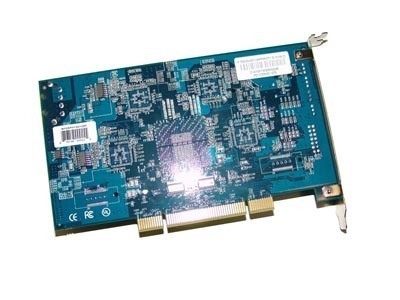 Due to the card being an early sample, we didn't get an official driver CD so BFG simply included a burnt CD with a driver on it. Before we installed though we had a quick look at the BFG Tech website and noticed that a more recent driver was out so we didn't use the one that was provided with the card. 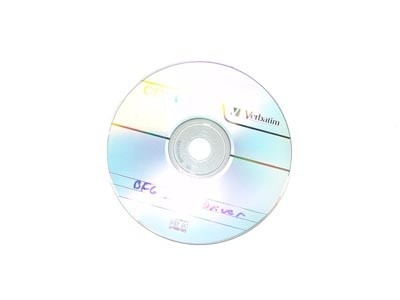 Currant games out that support the PhysX card is quite limited but the good news is that there is a good number of games coming out this year - some more exciting than others.

Some games that really stand out are Ghost Recon: Advanced Warfighter which is due for release this month along with Cell Factor which has one of the best game trailers we have ever seen. Unreal Tournament 2007 depending how much it utilizes the PhysX card could be the game that really takes this card off. It will be interesting to see how Warhammer MMORPG goes and how the PhysX card works for online play especially in a massive multiplayer environment like Warhammer.


We have not reduced the in game image sizes so you can see all the detail possible. The enlarged images come in at 450k - 500k. If you are a 56k dial-up user, you may want to be a little patient.

Getting the exact same screenshot is extremely difficulty especially since the only save feature available in GRAW (Ghost Recon: Advanced Warfighter) is the auto save one meaning you can't pick the exact same position each time.

The issue of frame rate dropping has been discussed over multiple forums. While we cannot say 100% what driver they were using, the 25th of April 2006 driver we installed didn't find any major frame drops. The graphics card does have to render more with the PhysX card installed but it didn't put us in the position where we had to turn down features to get the same smooth feeling style of game play.

Please note: the top shot is without the AGEIA PhysX card and the bottom is with.

Our first comparison shot is one of the worst due to the timing being out the most between the two images. With that said though you can clearly see the excessive debris flying through the air. We are referring to the smaller pieces though, the first image you can still see the box exploding behind the smoke. 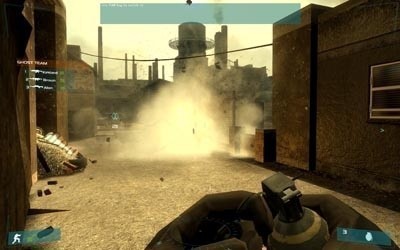 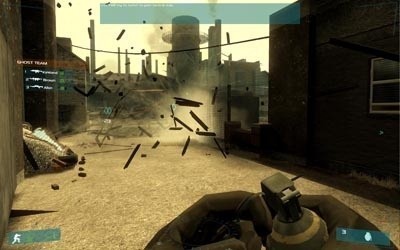 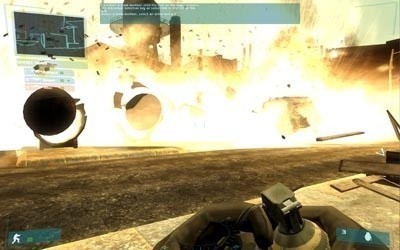 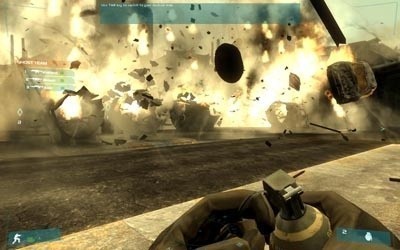 This shot is taken at almost the exact same time with and without the card installed. You can clearly see the extra debris at the core of the explosion. You can also notice that you get the blur effect with the drum that has exploded due to them moving at such a high speed. 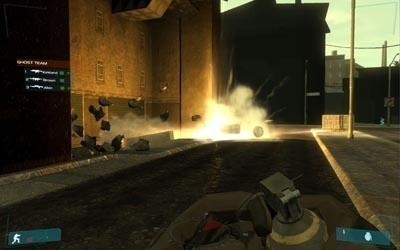 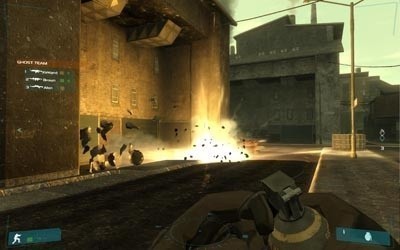 In our final shot you can again clearly see all the extra pieces get flung around which helps make the game seem all that more realistic. 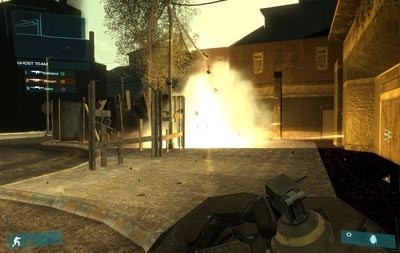 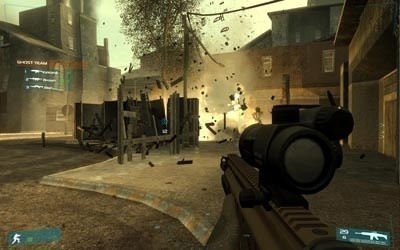 So here is the situation - You have had a look at the screen shots and still can't fully understand what it's doing for you. There are two really noticeable features that the BFG AGEIA PhysX card does for you.

Firstly we have all the extra debris that gets flung through the air. This is there to simulate items like concrete being damaged in a blast. It makes the explosion look more realistic instead of just a big flame going up in the air.

Secondly is the heat waves and this is something which is extremely difficult to capture. When you have a flame especially the size of the ones we generated, you get that blurry kind of haze due to the heat coming off it. The AGEIA card gives you this in game instead of a simple flame in the air again all with the purpose of taking gaming to the next level.

The BFG Tech AGEIA PhysX card really does help take your gaming experience to the next level. Sure, we can understand that the level is a good jump in realism for a game like Ghost Recon: Advanced Warfighter but if this is a sign of what's to come over the next 6 - 12 months in PC gaming, you have something to be very excited about.

The AGEIA PhysX card has very limited partners with BFG currently being the only one selling the card at the retail. ASUS are also supposed to be doing something but there seems to be nothing 100% yet.

Cell Factor has also just become available to AGEIA owners and if you want to play this game, you will need one of these cards.

The AGEIA PhysX card will only be as good as the games that follow and the initial list is looking pretty good. GRAW is a great game and there is a lot of hype for Unreal Tournament 2007. Throw these two games in with Cell Factor (which looks absolutely amazing from the initial trailers) and we think this card is going to be a must have but only you can decide if it's a must have for today or next week or whenever.

Do you want to play GRAW how it is supposed to be played? Do you want to play the Cell Factor demo to experience true next generation gaming? If the answer is yes and you have some spare cash, pull that credit card out and order one from your closest BFG Tech AGEIA reseller.

Finally we leave thinking about the performance hit that has been spoken about a lot. There is no doubt that the AGEIA card in GRAW does impact performance - the VGA card has to render more detail due to the AGEIA card. Losses as high as 20 frames per second have been spoken about but with that said, the Radeon X1900XTX at 2560 x 1600 didn't give us any major loss of FPS that affected our game play. The other thing is the PhysX in GRAW feels as it's been kind of taped on and not written from the ground up. When we get a chance to look at the card again we will try Cell Factor which is designed around the AGEIA technology to see just how it performs. This will give us a better indication of how future games will perform with this technology as it matures.