This is something that is truly new for NVIDIA, a step in something that I'm hoping leads down a new path of specifically themed graphics cards like the new TITAN Xp GPU created for hardcore Star Wars fans. NVIDIA has made two new TITAN Xp Collector's Edition cards with the new Jedi Order and Galactic Empire editions, and they are amazing.

NVIDIA sent me a cryptic message about a week ago saying "Light or Dark, " and the fanboy inside of my lit up light a Christmas tree, I answered with "SLI" but in the end had to decide between the Light and Dark sides. I ended up going for the Galactic Edition card, which looks glorious in person. The photos seriously don't do it justice.

Inside, the new Star Wars inspired cards are still just TITAN Xp graphics cards, so we have the most powerful graphics card on the market - made in the theme of Star Wars. What more could you ask for, right?! 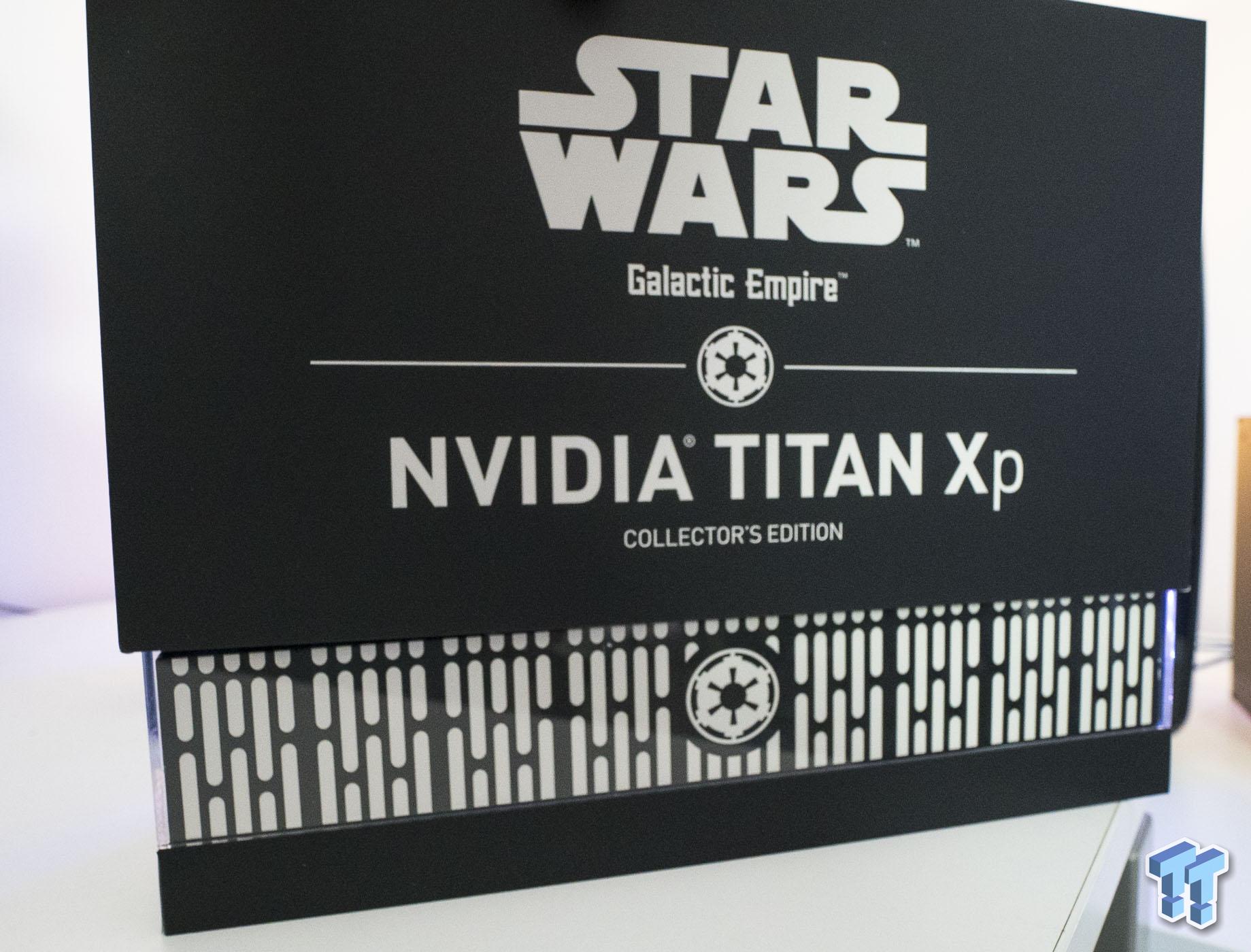 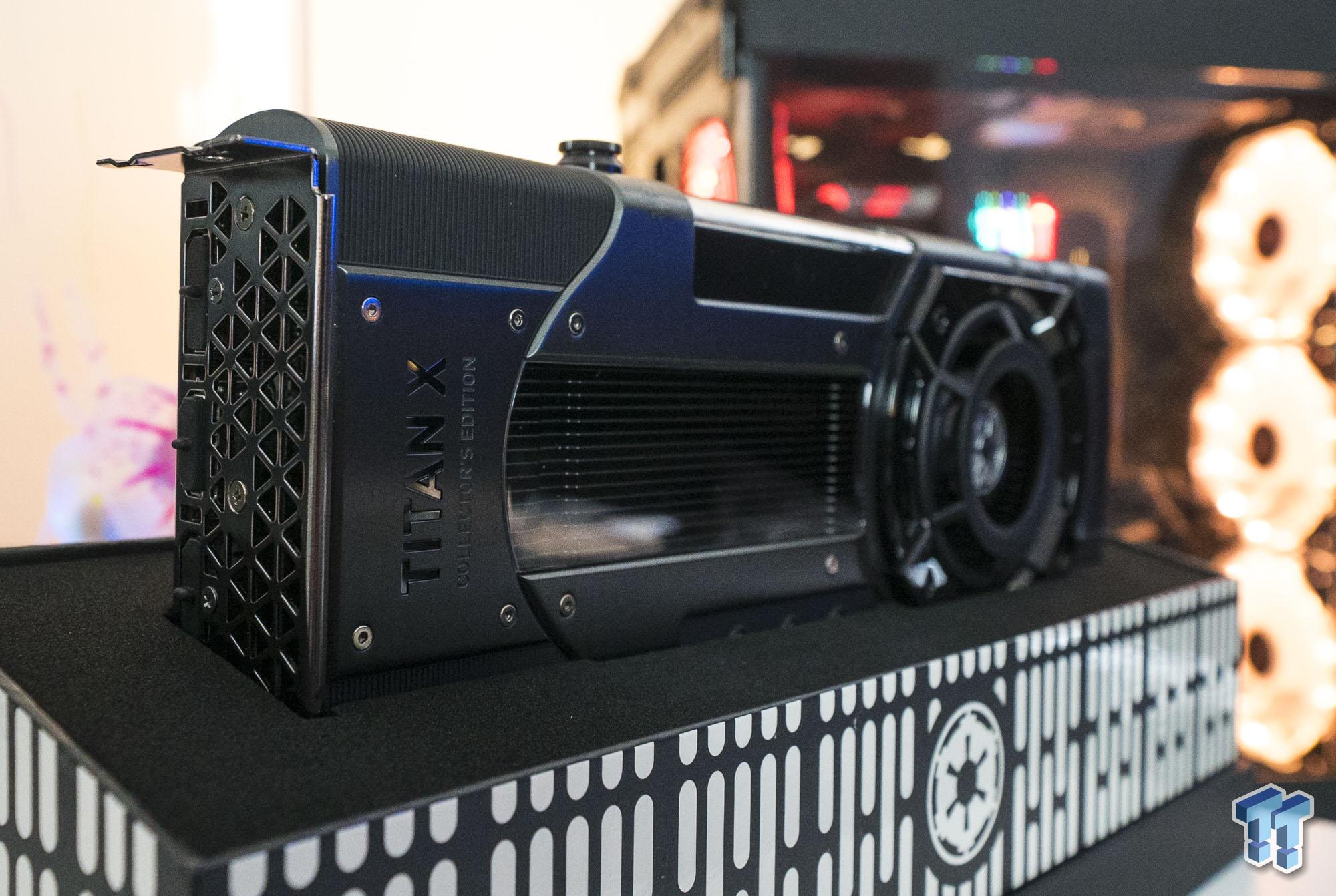 NVIDIA isn't even charging more for the Star Wars Collector's Edition cards, pricing them at the same $1200 price point of the normal TITAN Xp on NVIDIA's website. 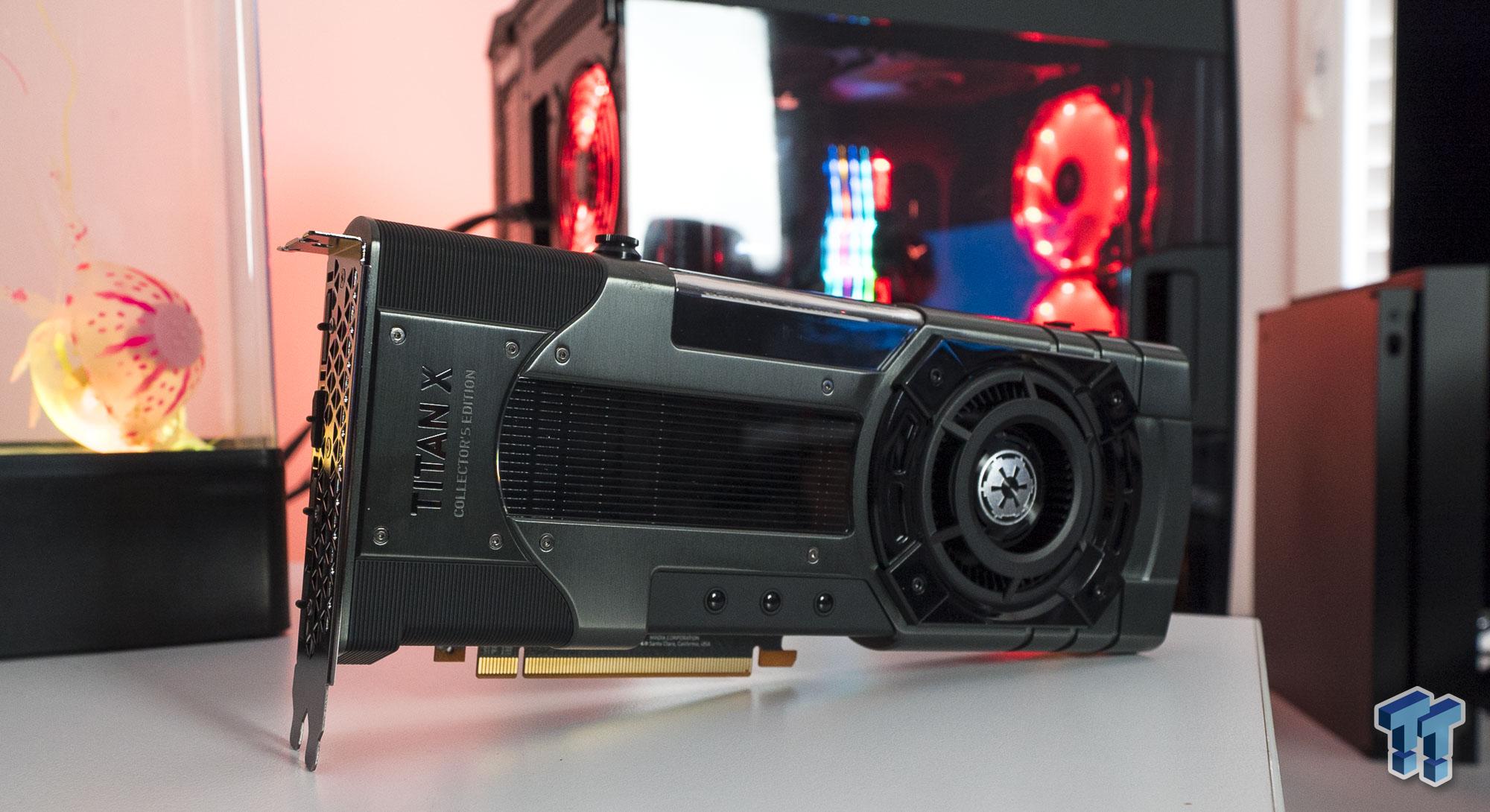 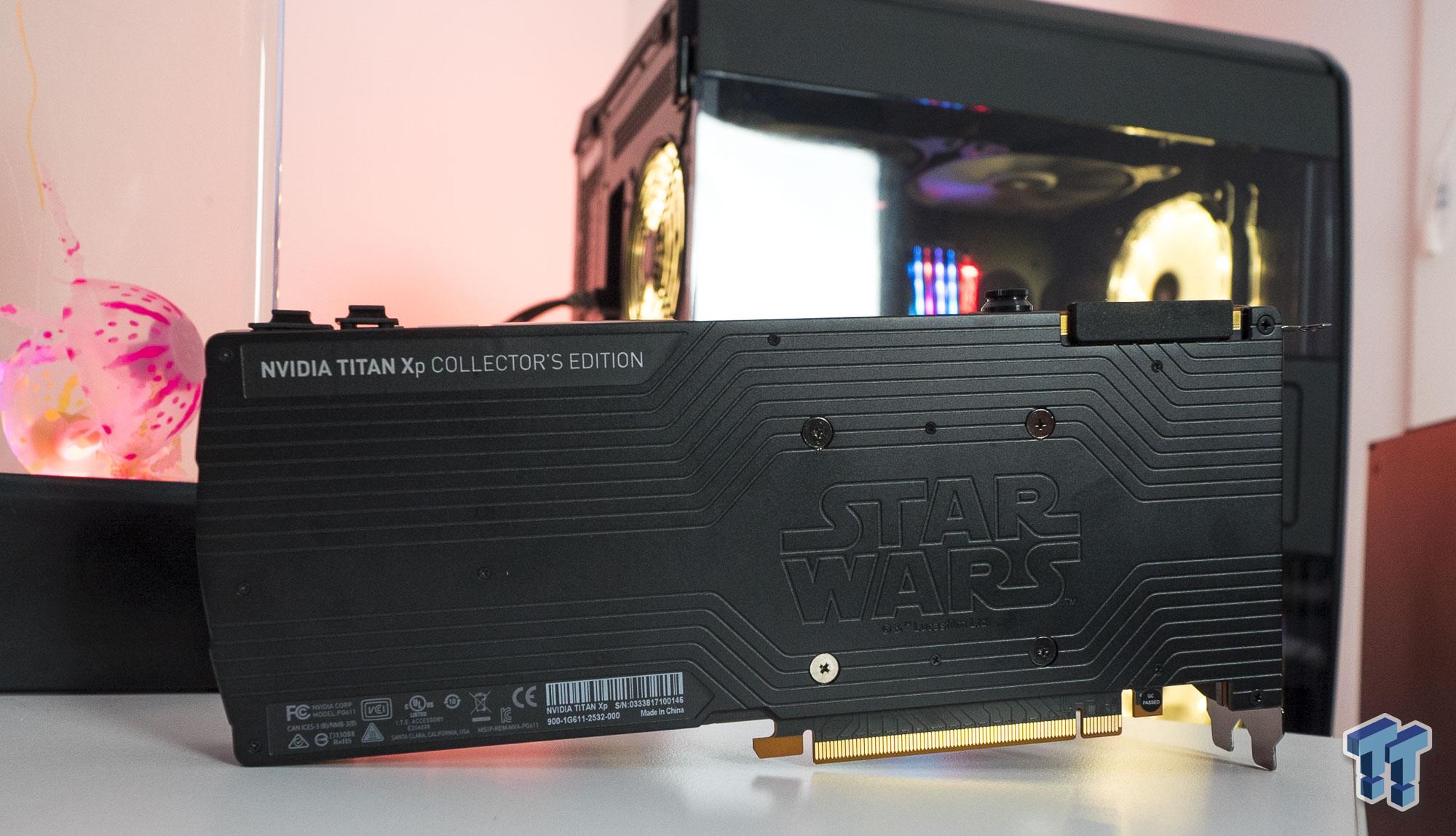 This means we have the GP102 GPU with 3840 CUDA cores at 1.6GHz, with 12GB of GDDR5X memory at 11.4Gbps. This is a massively powerful graphics card, something that will easily handle the just-released Star Wars: Battlefront II, Battlegrounds, Destiny 2, Wolfenstein II, and virtually every single high-end AAA game on the market at its highest settings.

NVIDIA is selling the new Jedi Order and Galactic Empire TITAN Xp graphics cards in select markets, with the cards only being available in the US, UK, Germany, and France. You'll be able to buy it directly from NVIDIA's website for $1200.

Never Before Have I Seen This Beauty

Seriously, I'm gushing. The card looks beautiful, from the amazing packaging right down to the details on the card itself.

Even the packaging is premium as hell, with a beautiful clear case that keeps the card enclosed.

The packaging is Star Wars themed, to match the card - no matter if you get the Jedi Order or the Galactic Empire edition.

Here's the difference between the top of the Jedi Order and Galactic Empire cards, I think the Galactic Empire has more going on with intricate detail and looks a little better from the top. This comes down to your style, and what side you are on in the Star Wars universe.

The black/silver/red theme on the Galactic Empire looks amazing in person, but the green/silver/black style on the Jedi Order card looks great as well.

Once again, we have the two cards against each other, and here in the blower-style fan the colors really come into play.

And lastly, a hero shot of the Jedi Order and Galactic Empire TITAN Xp graphics cards.

While it might not offer more performance than the TITAN Xp, which is already the fastest graphics card on the planet, it does it with style. I installed the TITAN Xp Star Wars Collector's Edition graphics card into my Core i7-8700K machine powered by AORUS' Z370 Gaming 7 motherboard, 32GB of ADATA DDR4-3000 RGB LED DDR4 RAM, all inside of the Corsair Carbide Series Air 740 chassis with the Corsair Hydro Series H110i and Corsair AX860i PSU.

With the right color theme inside of your PC, a new Star Wars edition TITAN Xp is exactly what the Vader ordered.

Don't worry, all of your friends will know you have an NVIDIA TITAN Xp COLLECTOR'S EDITION graphics card, but I don't know why...

Mixing up the RGB LEDs in my case, and the card still looks menacing.

NVIDIA didn't need to do this, it won't sell enough of these new Star Wars edition cards to make millions of dollars, so what did they do it for? Because they can. Because NVIDIA loves gamers. They are passionate and want to stand out. This is how you stand out: you freakin' make STAR WARS THEMED graphics cards.

I'm hoping this is a permanent direction for NVIDIA, and I want them to go all-in. Right now AMD is not competing with NVIDIA in the markets above the GTX 1080, so NVIDIA have some time to experiment and see what sticks. This is something that'll stick, and will eventually move more units as you reach more fanbases. Think Marvel, DC, and the thousands of games that NVIDIA could make themed graphics cards from.

Justice League is now released, and this is the type of launch where NVIDIA could one day in the future have themed graphics cards. Very limited edition versions of a Superman, Batman, Wonder Woman, Flash, and any other DC character themed graphics card. I can't imagine how amazing that would be... a Superman graphics card that had the 'S' light up perfectly with a Kryptonian-inspired look.

Alternatively, we could see game-oriented custom graphics cards with massive titles like Destiny 2, Battlegrounds, League of Legends, and so on. A new custom graphics card market is something NVIDIA should seriously go into, and not just make this a once off. The feels I have from this card are massive... and I don't want them to stop.

NVIDIA: thanks for continuing to be awesome and doing things like this!