Updating the OS on our Nexus 7

Google rolled out its Android 4.4 "KitKat" OS update a while ago (when they launched their new Nexus 5 smartphone), but just what does it do to the Nexus 7 tablet they released last year? We've re-run our suite of benchmarks with the new OS update, to see what it is really capable of.

In day-to-day, real-world use, I saw no improvements to really write home about. It felt a little smoother in general use, but I wouldn't say that this is instantly noticeable.

Actual performance on benchmarks? Let's see. We'll start with Basemark X, and go from there. 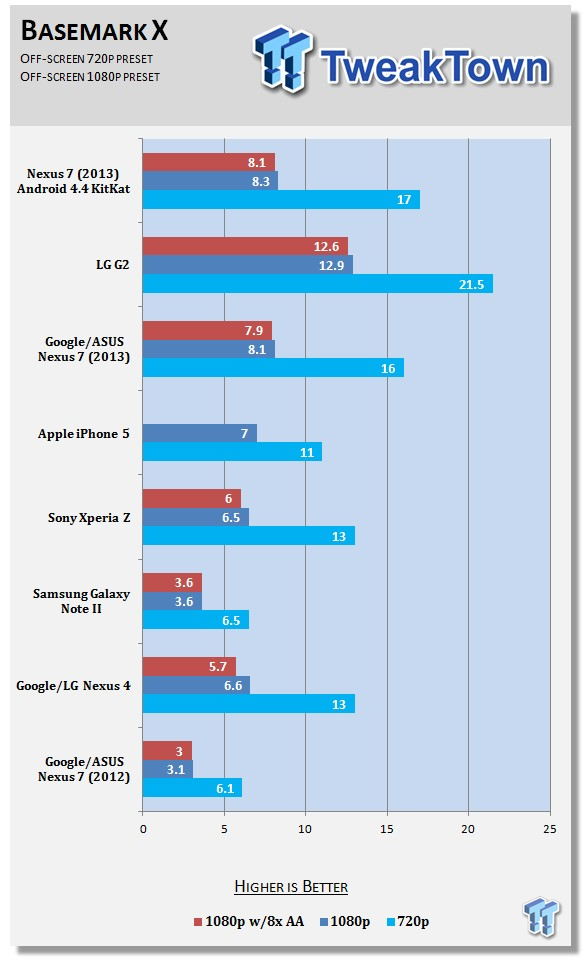 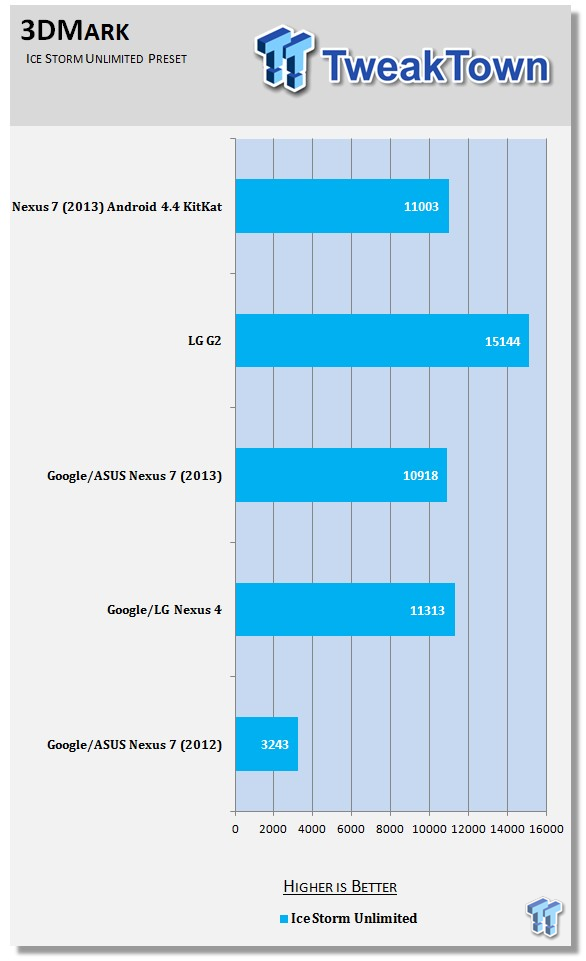 3DMark saw a very, very slight improvement in the Ice Storm Unlimited preset, where our Android 4.3-based Nexus 7 scores 10,918; however, our upgraded Android 4.4-based N7 reached 11,003. 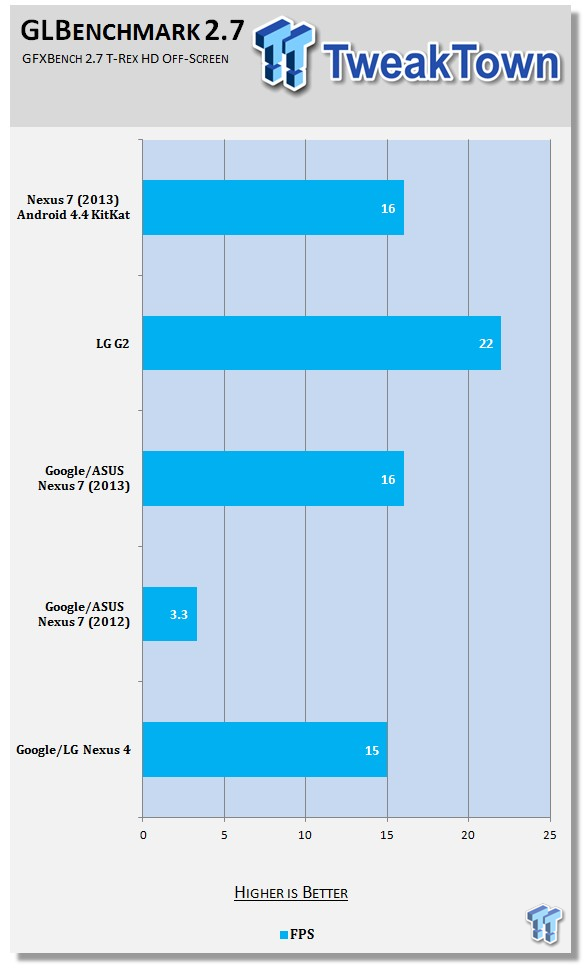 In GLBenchmark 2.7's T-Rex HD Off-Screen benchmark, we had no difference at all in performance between Android 4.3 and Android 4.4 on our Nexus 7 2013 tablet. 16FPS for both operating systems. 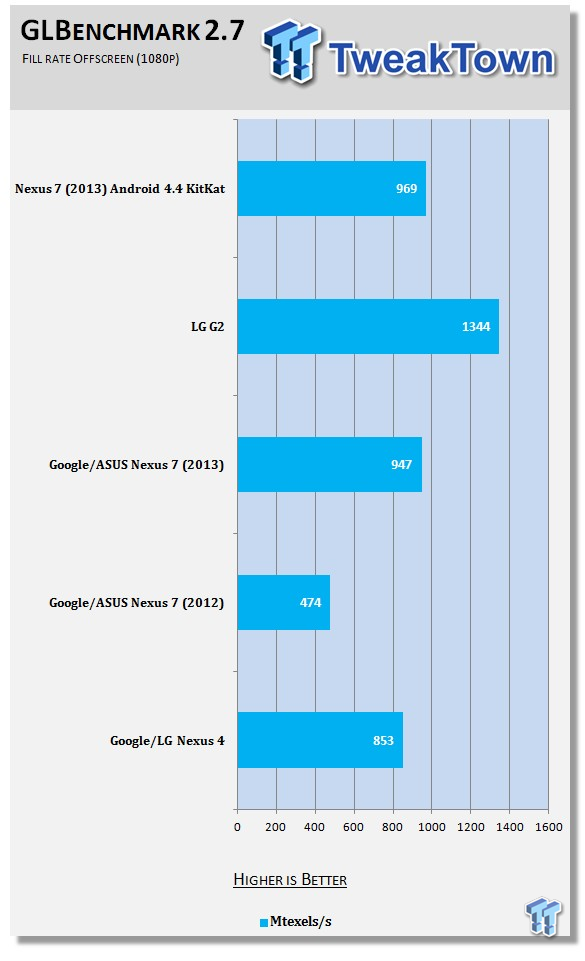 As for GLBenchmark's Fill Rate Off-screen benchmark at 1080p, we see a small improvement. Moving from Android 4.3 to KitKat, we went up from 947Mtexels/s to 969Mtexels/s. 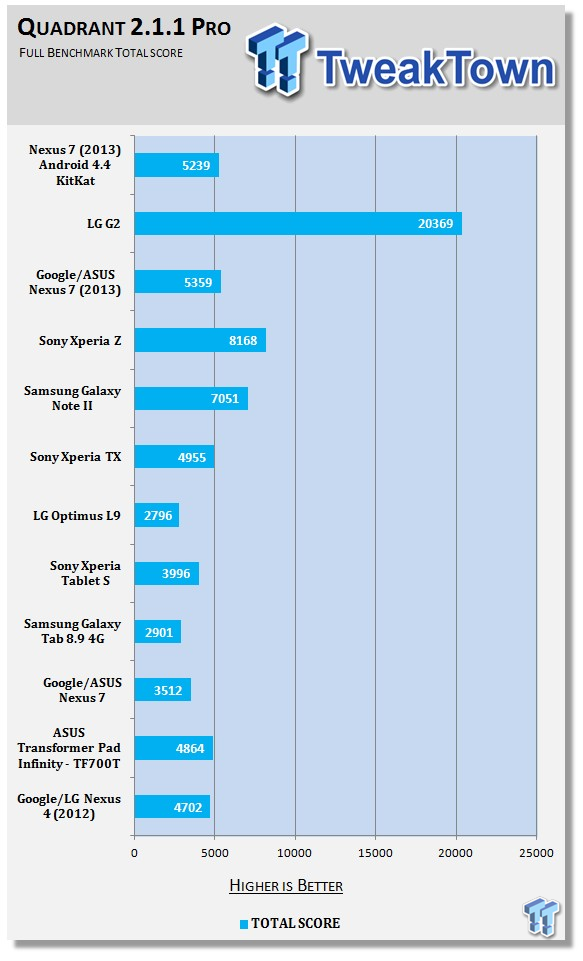 The big question here is: Should you upgrade from Android 4.3 to Android 4.4? Well, I guess -but is there any big reason behind it? No. Android 4.4 KitKat looks a little sharper, and rolls in Google Hangouts as the default SMS application on a smartphone, but in terms of performance, there's no real reason. 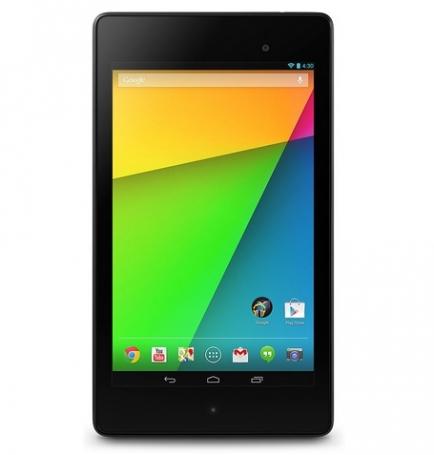 If you're running a Nexus device, I would suggest backing up and updating, just to have the latest, most secure, and up-to-date OS from Google.

For those who don't really want to have to upgrade: it's not like you're missing out on some killer features. In the performance department, you're not missing out on much at all. If anything, you'll probably run into more problems, because some apps and games don't play well with Android 4.4 KitKat versus older versions of Android.