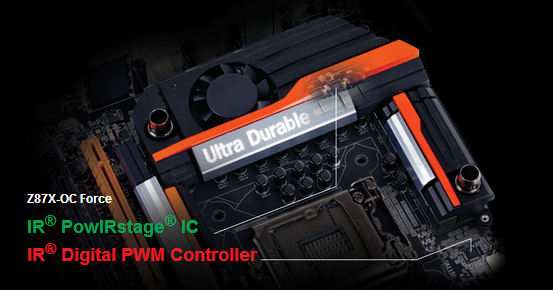 It's been a few years since I've water cooled anything. Since my systems rarely stay together for more than a few months, it just doesn't make sense to break out the triple and quad radiators, pumps, blocks, tubing and reservoirs. If you ask about AIO cooling, I'll tell you that Noctua does it just as good with half of the hassle. Sometimes it's nice to put forth the effort, get out the storage bins filled with cooling parts and set out on a mission though.

Since Computex, I've gathered a Z87X motherboard from each of the major manufacturers to write an editorial on new features I personally find interesting. GIGABYTE was kind enough to send over their latest flagship Z87X board for Intel's 4th generation Core processor, Haswell. The GA-Z87X-OC Force uses new digital VRMs from International Rectifier. The new digital design means the VRMs run cooler than traditional MOSFITs, but GIGABYTE took the design of the OC Force and G1.Sniper 5 to a new level, incorporating liquid cooling in the PWM cooler.

Let's take a look at the new OC Force and see the new International Rectifier digital PWMs that use a single chip to replace the traditional 4-piece MOSFIT/Driver design. 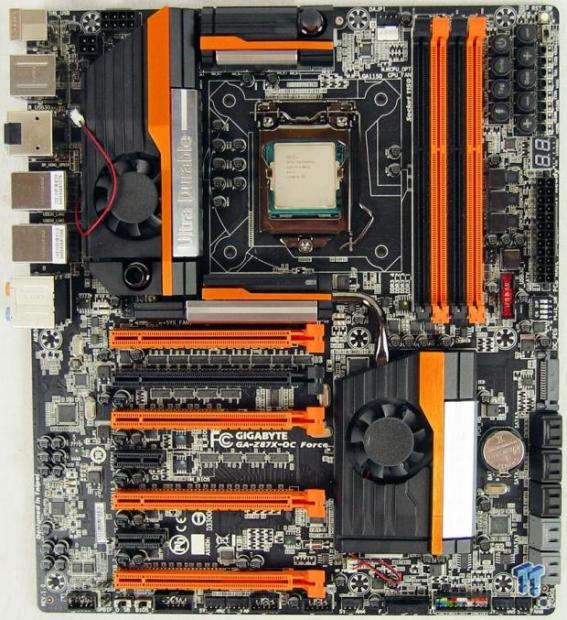 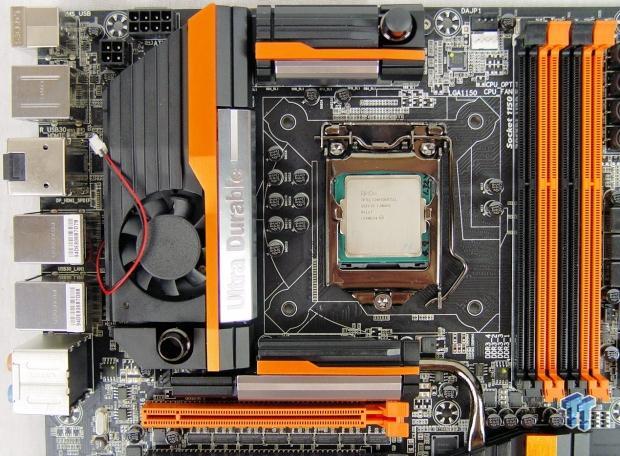 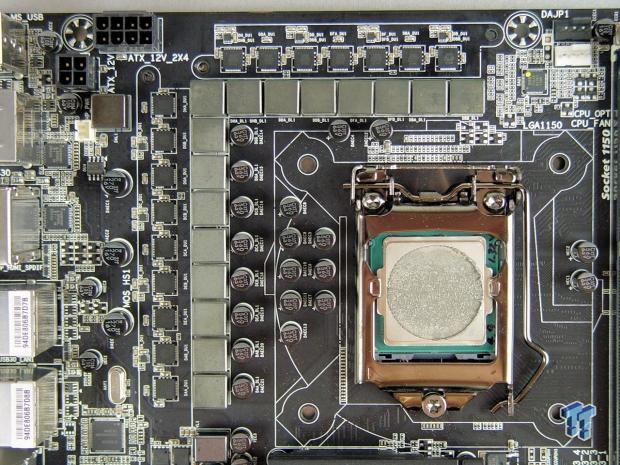 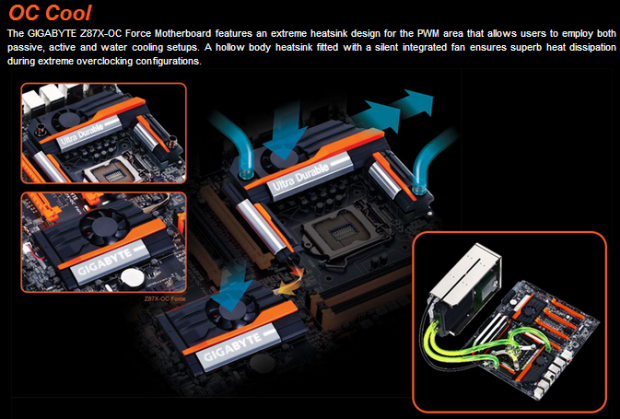 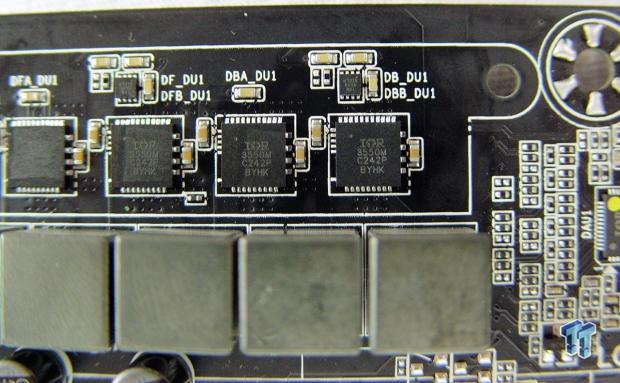 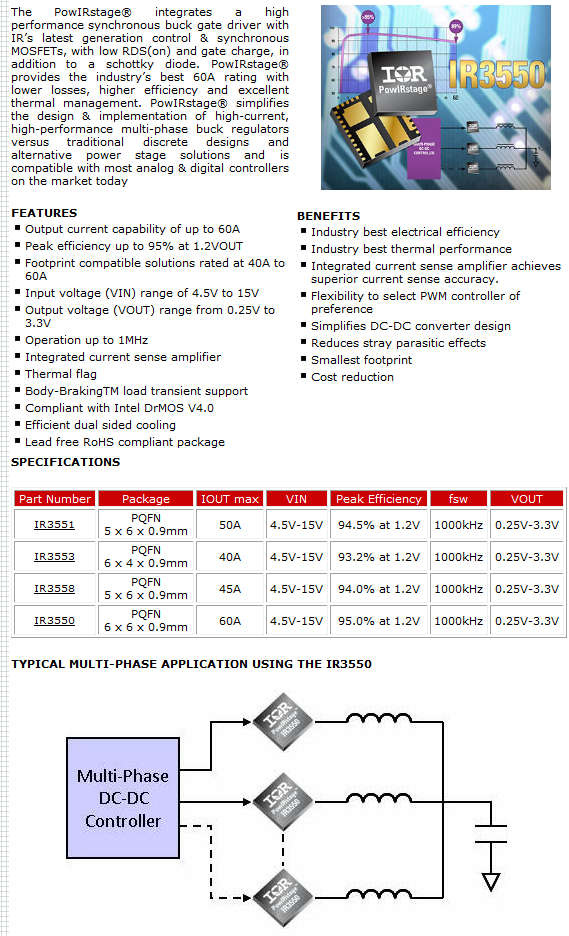 The PowIRStage specifications page shows a peak efficiency rating of 95% at 1.2V and an IOUT max of 60 amps. 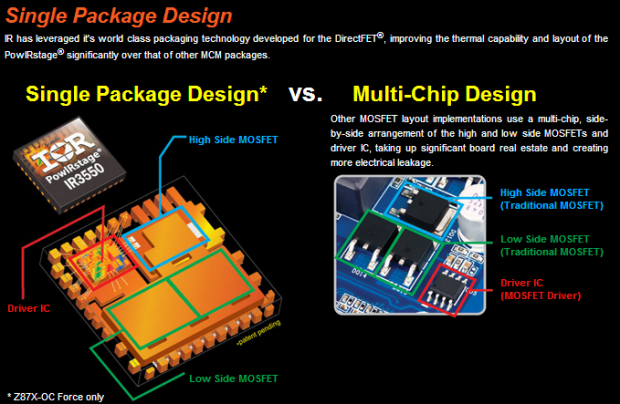 What the IR3550 allows GIGABYTE to do is replace the traditional 4-chip MOSFET design with a single IR3550 that's very efficient. 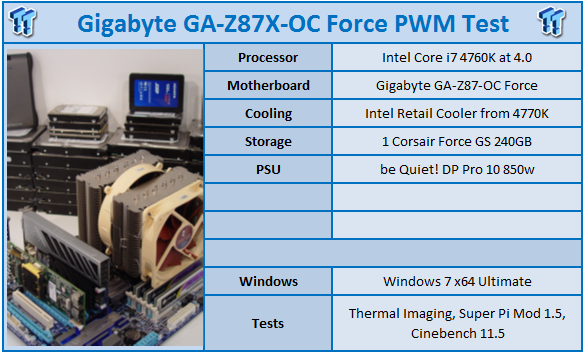 I grabbed a few parts sitting around the office and pieced a system together. In the coming days we're moving the SSD test platform over to 4th generation Core processors and Z87X chipsets. 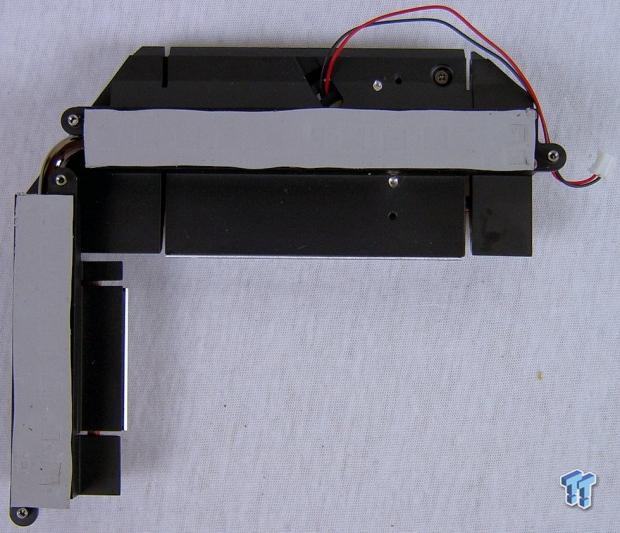 Originally, I started this project to test the new PWM cooler, but the article took a turn while testing. 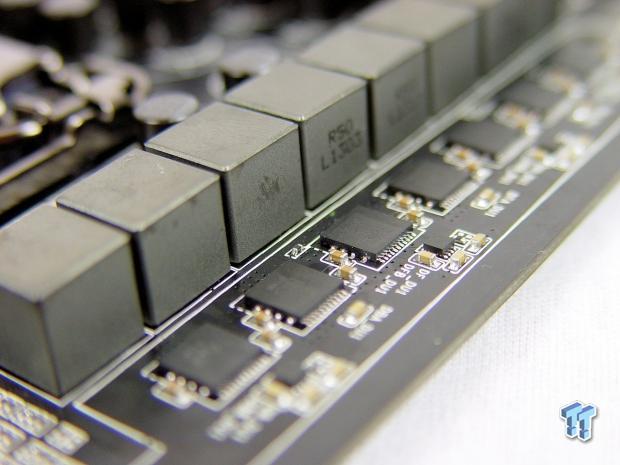 I think you'll agree with our findings. I do want to note a few things before we get started, though. We used an Intel retail heat sink and cooler for the CPU simply because it allowed us to use the thermal imaging camera. All of my other heat sinks are Noctua designs and very large. 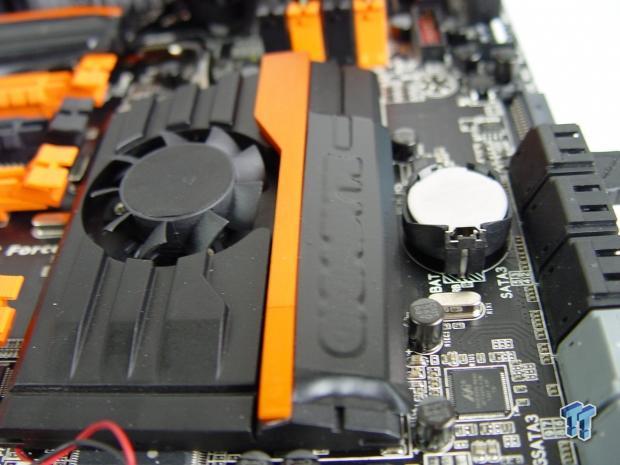 In some of the images you may see black tap covering components. Any highly reflective surface makes the thermal imager report a false reading. The tape is thin and used to cover up anything that shines like the CMOS battery or the silver area on the heat sink. 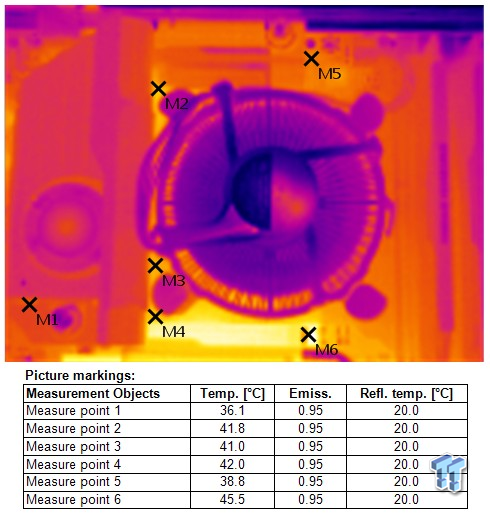 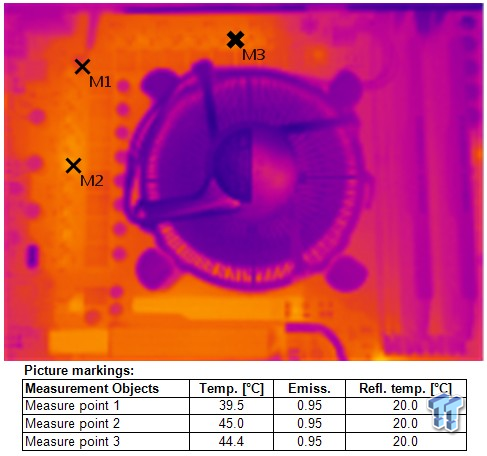 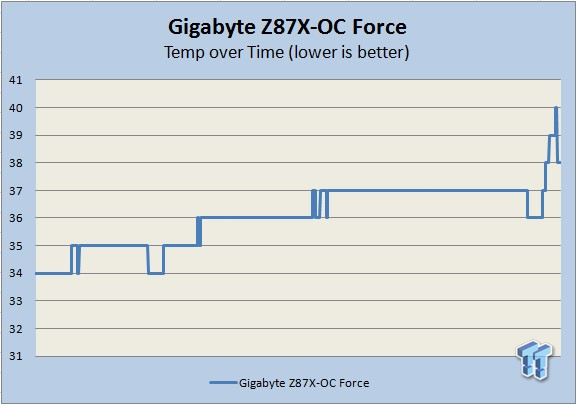