My initial review of the Nexus 4 was very positive. But why don't we try something different here? We're going provide you with some thoughts on how it has been, two months after our review of LG and Google's very competitively priced - if you can find one - smartphone.

I was incredibly lucky at the time, even if it didn't feel like it, to score a Nexus 4 at launch. Remember, this isn't a review sample; I had to sit in front of my computer and smash my F5 key like the rest of you, in a very small 15 minute window, to secure one of these bad boys. Even now, I read on various forums and Reddit that people simply can't buy one still. This isn't the case everywhere, but we know that there just isn't enough stock of the Nexus 4 to meet demand. This happens, even to Apple, but it seems people want the Nexus 4, sometimes more than you see the crazy demand for the latest iPhone.

I've been using my Nexus 4 pretty much exclusively for the last two months as I haven't received many samples of other phones over the holiday period. I've taken it everywhere with me and it has become an increasingly important tool in my day to day life. You can say that about any smartphone, but when you have your digital life so intertwined with Google services, owning a device that provides you with the 'pure Android experience' does just that.

I'm a daily user of Gmail, I live on it. Heck, I'm lying in bed right now typing this into an email to myself so I can work on it on my desktop in the morning. The experience of Google services on the Nexus 4 is nothing short of near perfection. Google's apps are pretty solid, but apart from that I'm very efficient in the amount of content and apps I keep on my phone. I use Facebook, Instagram, Foursquare, SwiftKey, Twitter and a few other apps on the daily. No games, no movies and no TV episodes.

Every smartphone user is different, which is why it's incredibly hard to be a reviewer of these devices. Not everyone will agree with review methods, and this can upset some people. So let's get to my thoughts on the Nexus 4 from using it over the last couple of months.

What I've Loved, What Hasn't Been So Good & Camera Tests

The screen. It is gorgeous, I said this in my review, but it really just us beautiful. Colors pop, text is sharp and it feels great to tap and slide on.

The physical feel of the Nexus 4 in my hands. The curved glass on the front not only looks great, but it feels great, too. The whole device feels perfect. A huge step up from the plastic feel on Samsung Galaxy S III.

Google services, they're just so great. Maps, YouTube, Google Now, Navigation, Gmail, and many others. They mould into this phone, and when used correctly with Chrome on the phone and on your desktop, everything syncs beautifully.

Android as an OS. Android has really come into its own, and I covered a lot of this in my Android 4.2 Jelly Bean review, but using the 'pure Android experience' on the Nexus 4 has just made me fall even more in love. It feels like it flows in and out of the Nexus 4 like they are made for each other - because, well, they are.

Scratches! I have a hair line scratch on the screen itself, and a bunch of smaller ones on the back. I don't use a cover or screen protector, as I like my phone like my women... naked. I'm not mad at the scratches, but I treat my phone like it's the most precious thing on Earth and they still appeared. The one on the front of the screen is annoying as hell, as it shows itself whenever the Nexus 4 is tilted in the right light.

Battery life at first - it took a couple of weeks to really run the battery in, something I didn't quite expect. I even said in my review "battery life wasn't too bad, but I wasn't overly impressed with it, either". Once those weeks were over, I went from not even a full day of use, to nearly a whole day.

The camera. The Nexus 4's camera is mediocre. Sometimes it performs much better than I'd expect for a smartphone priced at under $350, but then at other times, it's dismal. I found over the couple of months of use, the Camera app would just completely lock up to the point where it would display everything and I could change options, but when I tapped the on-screen button to snap a photo, nothing would happen. I'd need to swipe the app to close it, re-open it and it would then work again.

I've been snapping away taking photos everywhere I go, which I'm sure you do too, so here are some shots I've taken in my two months with the Nexus 4. There are a few more at the end in the gallery. 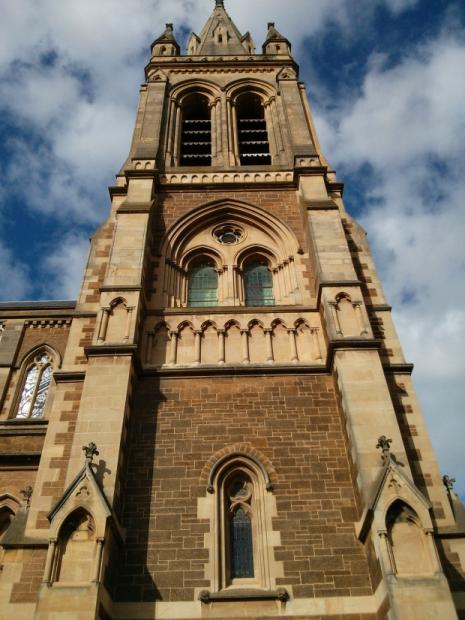 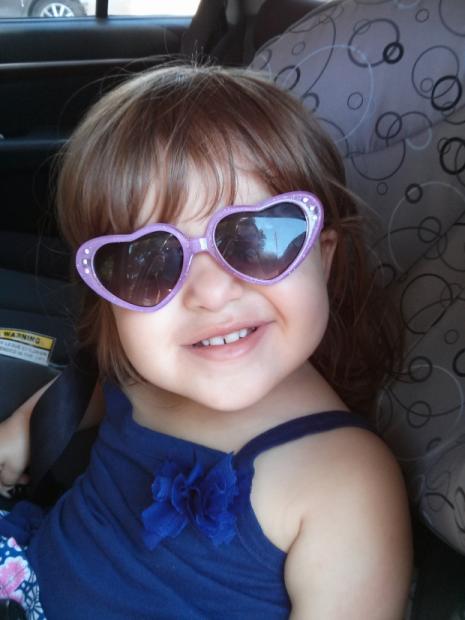 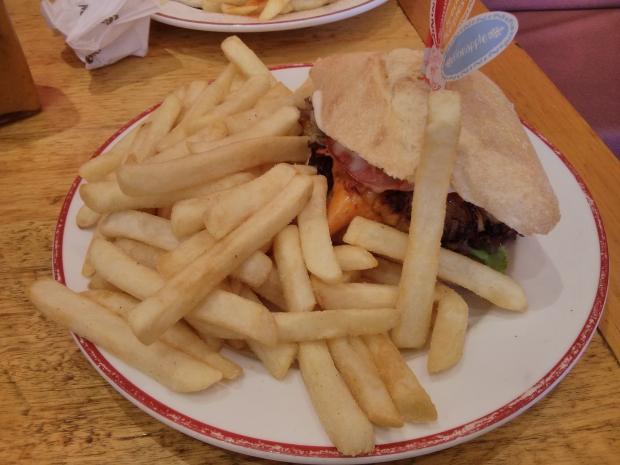 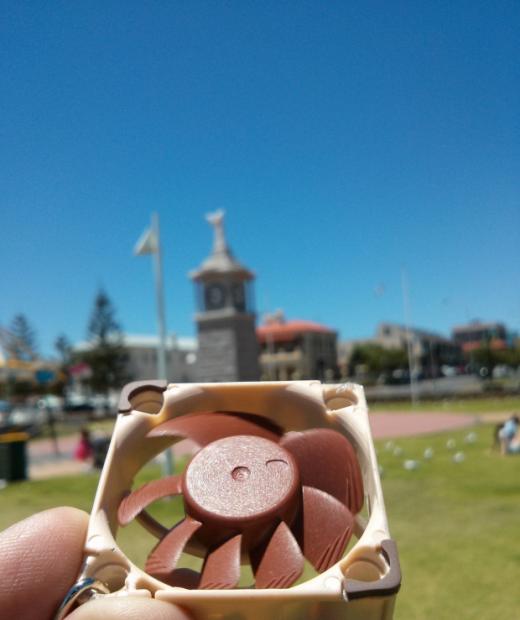 Here are some of the better Panorama shots I've taken.

What Can Be Fixed & Where to Next

Google will continue to evolve their Nexus smartphones, but where do I personally think they'll go from here? Well, pricing is going to have to stay: Google are not going to be able to charge $100 or more for the next Nexus, as people will expect it to stay at the $300-$400 range from now on.

Specs-wise, we should expect the new Nexus to outpace the already great Nexus 4, but let's hope for the following changes:

A better camera - this is definitely needed. Something with better low-light functions and more detail. Even if they charged more for the phone and said "hey, this is what we've improved - and we think after using it, you'll agree".

4G LTE - I'm not someone who really needs 4G LTE, as I'm on Wi-Fi most of the time - but this is probably one of the bigger things missing from the Nexus 4 to make it the undeniable champion to anyone who wasn't already convinced.

Wireless charger in the box - I'm asking a little bit too much here, but throwing this in would be a huge selling point against the iPhone and any other competitor. The bragging points you'd win against friends would be huge, and it would be enough to get the Nexus name out there.

Better anti-scratch technology - I want to be able to use my smartphone without ever worrying that I will scratch it from simply putting it in, and getting it out of my pocket. I expect my smartphone to dent or scratch when I drop it, but soft use should never scratch the phone on either side.

Expandable storage - After these two months with the Nexus 4, I'm only just now getting to the point where I've run out of my internal storage. But, I have taken loads of pictures and videos - which I have backed up onto my Dropbox account, as well as my QNAP NAS. I will go through my Nexus 4 in the coming days when I have time and delete all of my on-board pictures and videos. It'd be nice to see a microSD card slot next time.

Now, where to from here for Google? Well, we're only months away from Google I/O where I suspect we'll at least see something about Android 5.0 "Key Lime Pie", some more on Project Glass and maybe a tease of a new smartphone thanks to their acquisition of Motorola.

I could be completely off base, but they'll have to do something big, right? An OS announcement or tease wouldn't be enough for Google I/O, and neither will an updated tease on Glass. Showing off their rumored 'X Phone' would have tongues wagging and would really dampen anything Apple can do with a new iPhone unless they really bust outside of the box and run 50 miles away from the current iPhone and iOS.

I think we're going to begin to see a slow, and then very rapid move into an amalgamation of Android 4.x and Project Glass (which I'm predicting will ship with Android 5.0 or 6.0). Google's services are too powerful for anyone to topple overnight, and unlike Apple, Google don't just stop when they're on top - they keep chugging along improving all aspects of their services. 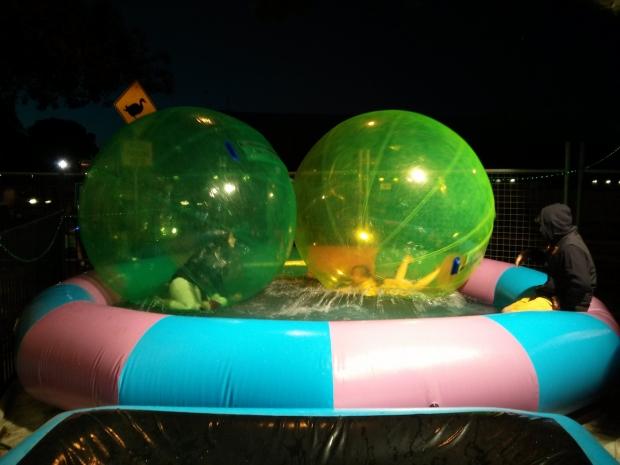 Another final thoughts, this time two months into using the Nexus 4. I can wrap it up in a sentence, but I'll elaborate - the sentence first: buy one. I still recommend to just blindly buy one, they're that good. If you're a huge Google service user like me, you're going to fall so much in love it's not funny.

iOS users will find it harder, as they'd need to have a Gmail account, use Maps, Drive, and all of the rest of the apps to really 'feel' the Nexus 4 life. The openness of Android really comes through on the Nexus 4 as you're not stuck with some manufacturers UI, but the true, unadultered Android experience.

The problem I now have is what else can a phone do for me to want to upgrade? I'm going to find it incredibly hard, if not impossible to ever consider another iPhone because I'm so intertwined with Google. The same goes for Microsoft and their Windows Phone platform.

We're not really looking at a future of Samsung versus Apple, but more Google versus Apple. When Google release their Project Glass, we're going to see them have their 'iPhone moment', and they will really be an incredibly powerful company - much more so than they are today.

The Nexus 4 is an incredible piece of kit, and just unbelievable that it's offered at $299 and $349 for the 8GB and 16GB versions respectively. Get one, now.