Blu-ray 3D has now been on the market just shy of two years and this time has been marred by the infuriating tactic of manufacturer exclusives; that is, content made available only when purchased with 3D equipment. Sony inked deals with Disney, Panasonic with Universal and Twentieth Century Fox and Samsung with DreamWorks. Thankfully, this practice has all but ceased and now there around 50 3D titles on the market today.

It's true that some of those are less than stellar, but there are also some pretty amazing titles to demonstrate to friends and family. Last week we took a look at the first five titles, so let's roll the final five. 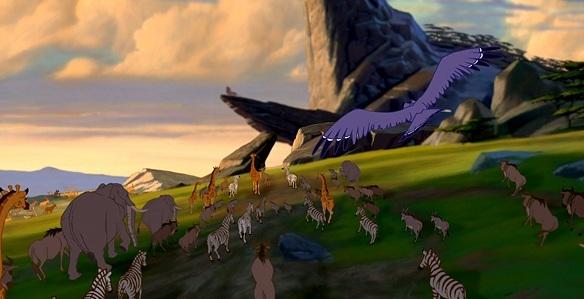 Disney's surprise hit of 1994 morphed into the surprise 3D re-release of 2011, where it banked an additional $168 million at the worldwide box office - not including revenue from this disc release. This was an incredible return on investment considering that most 3D re-releases cost around $5-7 million. It seems that audiences were happy to embrace the Disney classic again - and felt that the 3D conversion added to the experience.

Straight up; the 3D experience genuinely enhances the story. For a film that was not made with 3D in mind (despite some clever focus and depth of field usage) this is a strange but pleasing situation. The bright and bold animation stacks up nicely - even through the light eating polarisation process and the conversion was clearly a labour of love for the studio. This is certainly no eye straining 3D experience; instead, a very pleasant and naturalistic 3D experience.

Disney continues to remain at the forefront of 3D technology and examples such as this make it very clear why. I look forward to Disney's forthcoming 3D releases including The Little Mermaid and Pixar's Brave.

Director Henry Selick has all but been airbrushed from his work on 1993's The Nightmare Before Christmas, in favour of the increased name recognition of Tim Burton, but his return to solo stop motion animation with 2009's Coraline, based on the short story by Neil Gaiman, remains something of a masterstroke, a dark masterpiece not entirely suitable for the kids.

Once a Panasonic exclusive, Coraline 3D is now freely available at retail, albeit somewhat disappointingly without a few of the 2D bonus features.

The visual look of Coraline is very conducive to a 3D experience - indeed this was a film that was built from the ground up for it. Sometimes the 3D aspect is a little too overtly 'in the face' (an example would be the eye straining borders of the credits), but overall this is a very nice experience, and a great film to boot.

Pirates of the Caribbean: On Stranger Tides

Whilst the fourth film in the never-say-die, money printing franchise polarised many fans, casuals flocked to the film, causing a somewhat mediocre film to gross well over a billion dollars at the worldwide box office.

Unlike many of the live action 3D cinema releases of 2011, On Stranger Tides was filmed entirely in 3D. Director Rob Marshall insisted on trudging the cumbersome 3D cameras and rigs to the far flung filming locations, including jungles and tropics of Puerto Rico and Hawaii - but the results speak for themselves.

It's a surprise that the other three Pirates of the Caribbean films have not been converted to 3D yet. Perhaps it's because of their length, or their inherent complexity - but I wouldn't be surprised to see their re-release down the track. 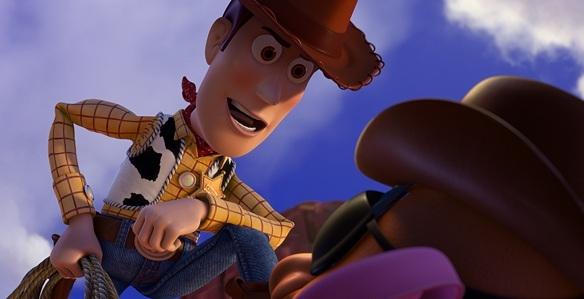 No one does 3D quite like Disney, and again they hit the ball out of the park with Toy Story 3 in 3D. Unlike the previous two films which were converted to 3D in 2009, Toy Story 3 was designed with the 3D experience at the forefront, with superior character models and cutting edge animation.

Whilst some critics, including the usually dependable Roger Ebert decried the 3D release (even advocating fans seek out the 2D presentation), I have really come to appreciate the subtle use of 3D in the film - a far cry from some of the more outlandish usage in other, lesser, animated releases.

The Legend of the Guardians: The Owls of Ga'hoole 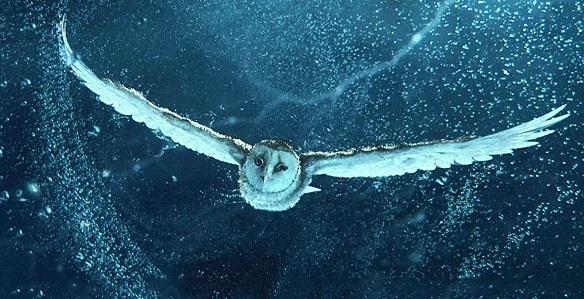 Zach Snyder has made some very good films (300) and some pretty mediocre ones (Sucker Punch), but somewhere in the middle is the curious (and even more curiously titled) The Legends of the Guardians: The Owls of Ga'hoole, based on the book series I'd never heard of.

Australian animation company Animal Logic of Happy Feet fame have produced some stunning animation for the film that seemingly no one has seen. It certainly has some serious flaws in the story telling process, it's almost a shame that the owls have to talk so much - this would have been a superior film had more been told with some more considered nuances. However, as far as 3D eye candy is concerned, this has few peers.