AMD couldn't cut it any finer this month with the latest version of the Catalyst drivers. They came out so late in October that we had already ticked over to November 1 on the other side of the world here.

If you're under the impression they came so late because AMD was cramming them full of improvements, you'll find yourself sadly mistaken. Checking out the release notes, you're not going to find any performance improvements.

You've got the normal array of bug fixes, but something that actually stood out came in the form of Eyefinity improvements.

Bezel compensation is now possible when using sets of displays that have mismatched pixel densities.

This is a nice added bonus for people who are using Eyefinity and have mismatched pixel densities. Apart from this, though, there's not much else to the driver. There's a few other things in the release notes which you can check out here, but really, not much to get all that excited about.

So with that all said and done, let's just get stuck into the testbed page and then get onto the performance to see if there are any negative or positive improvements when compared to the last Catalyst driver set we looked at. 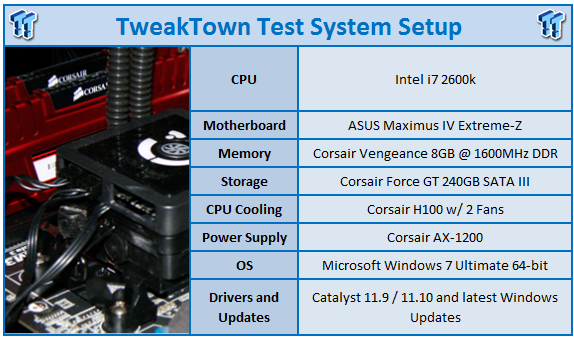 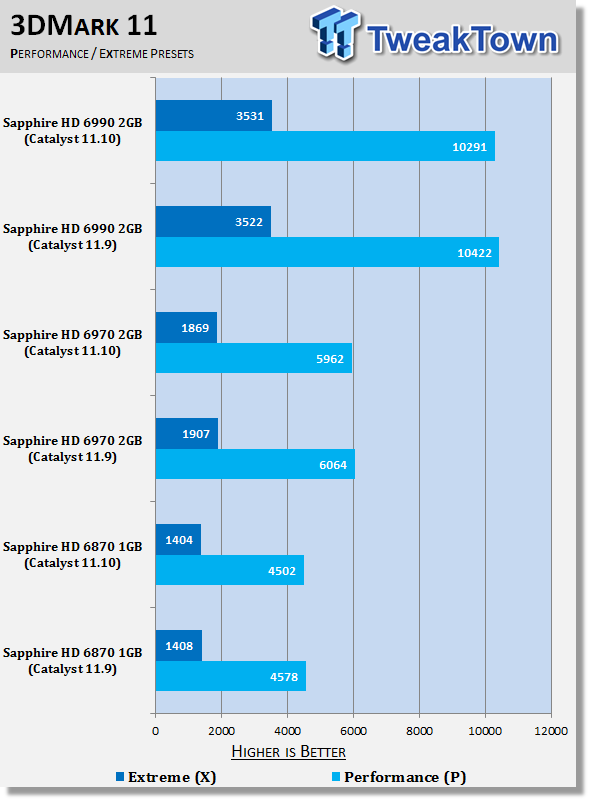 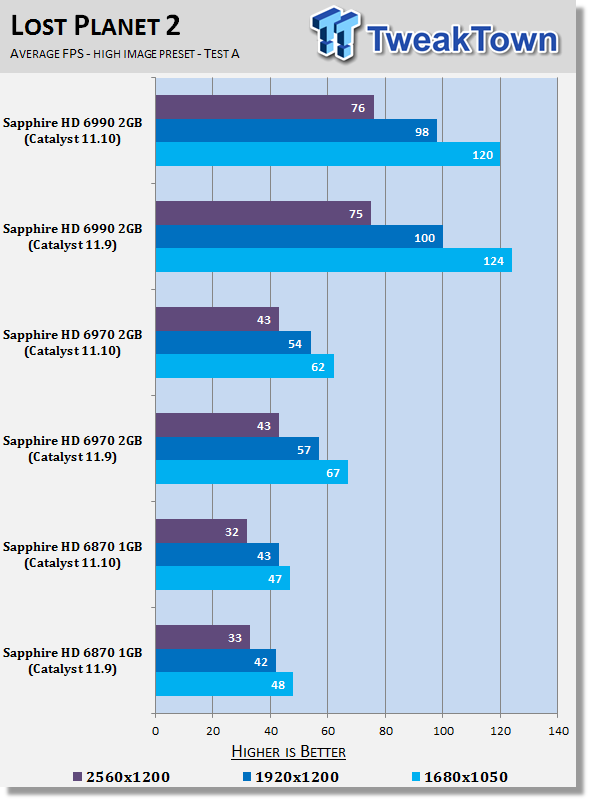 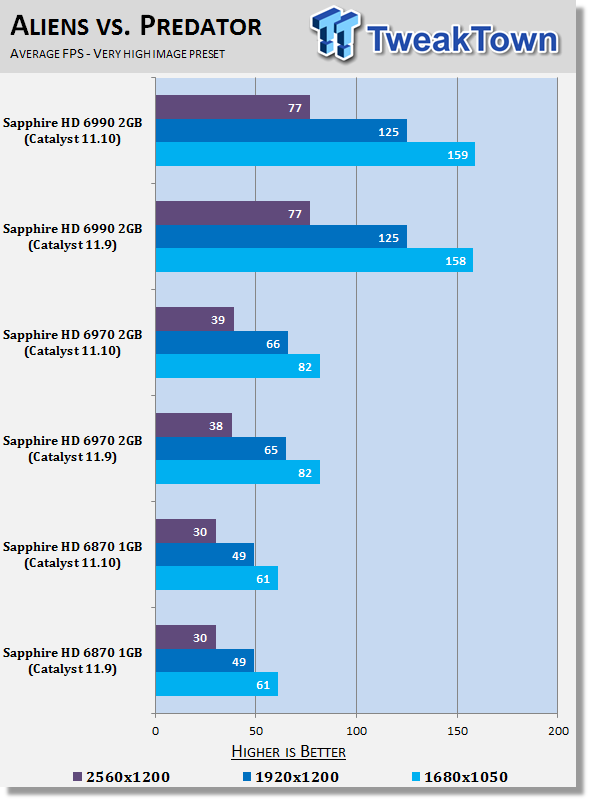 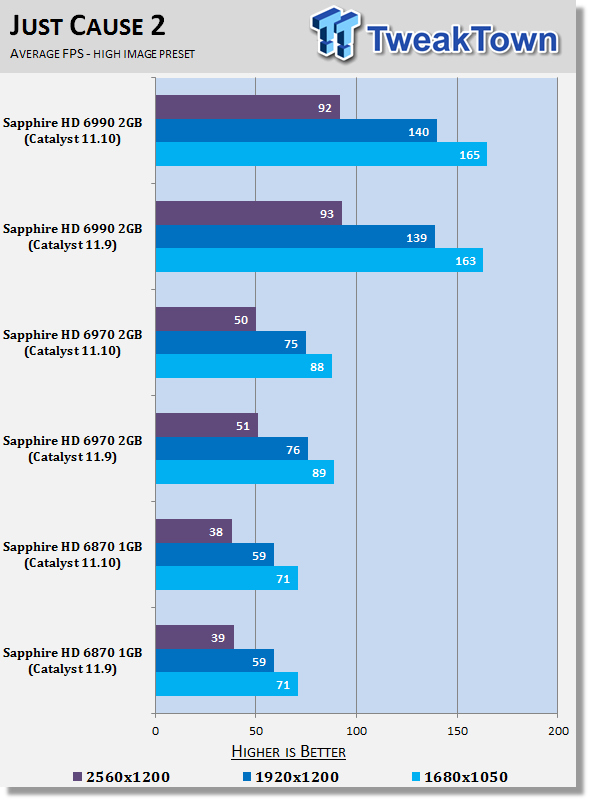 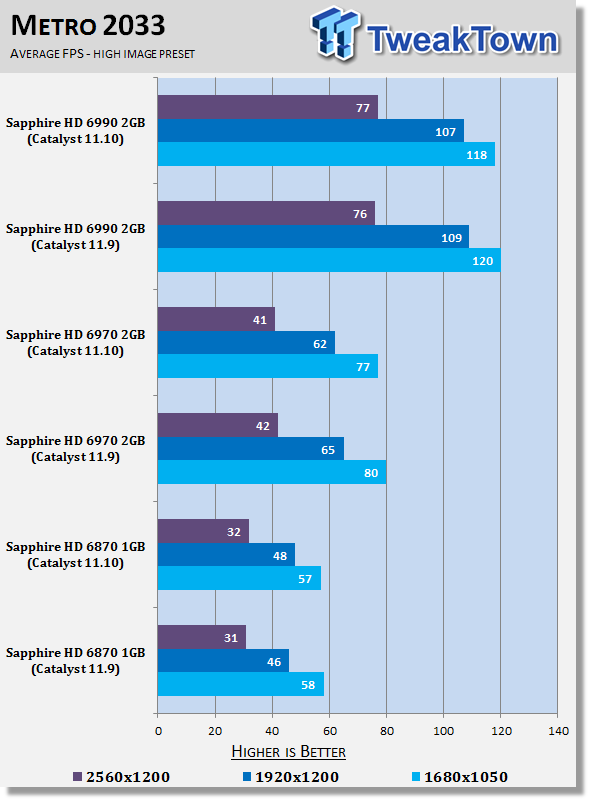 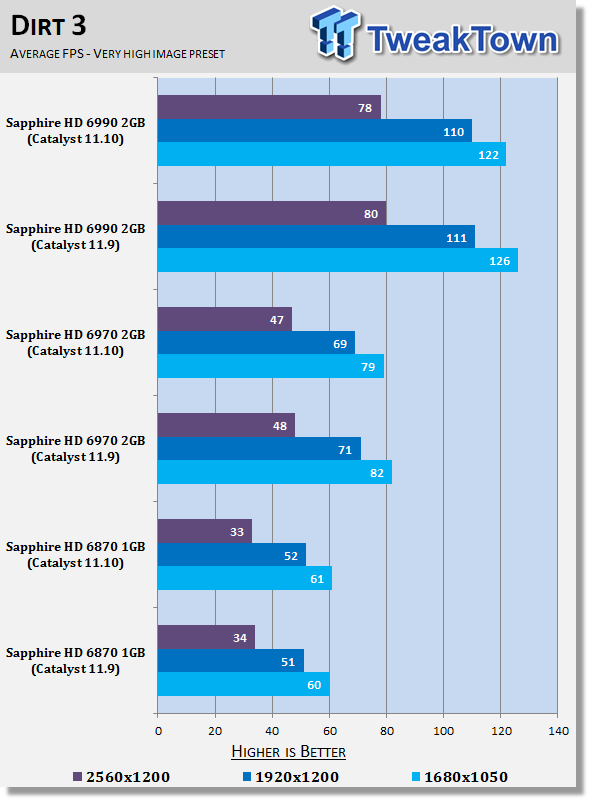 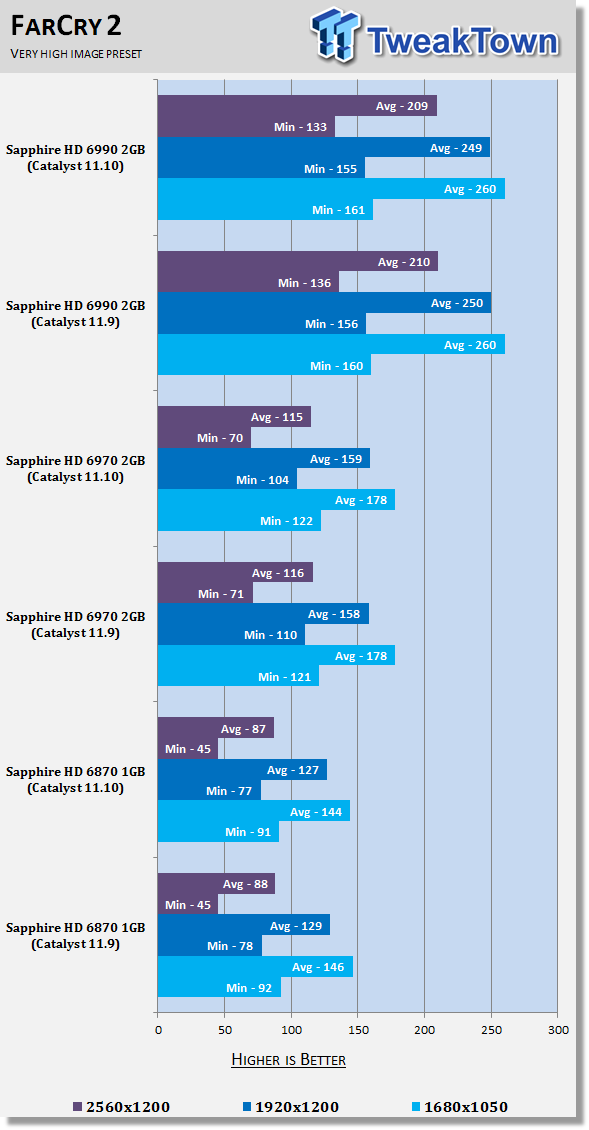 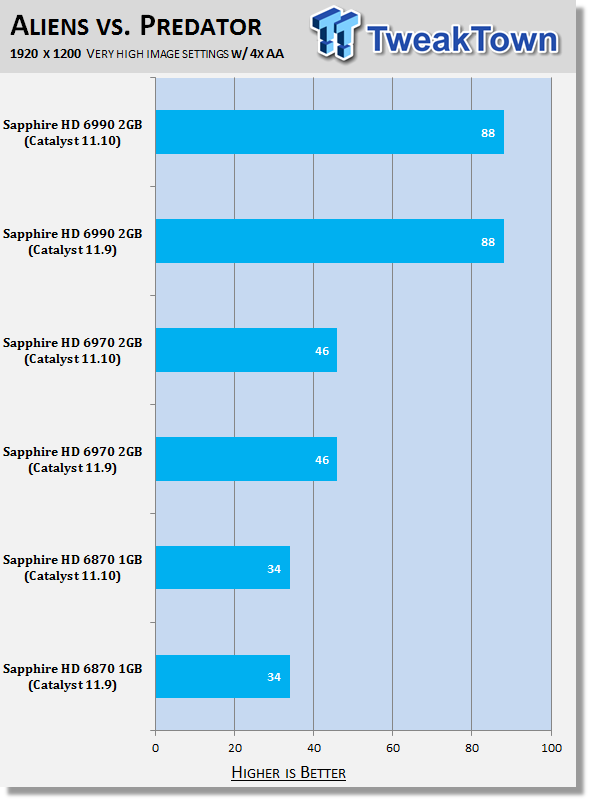 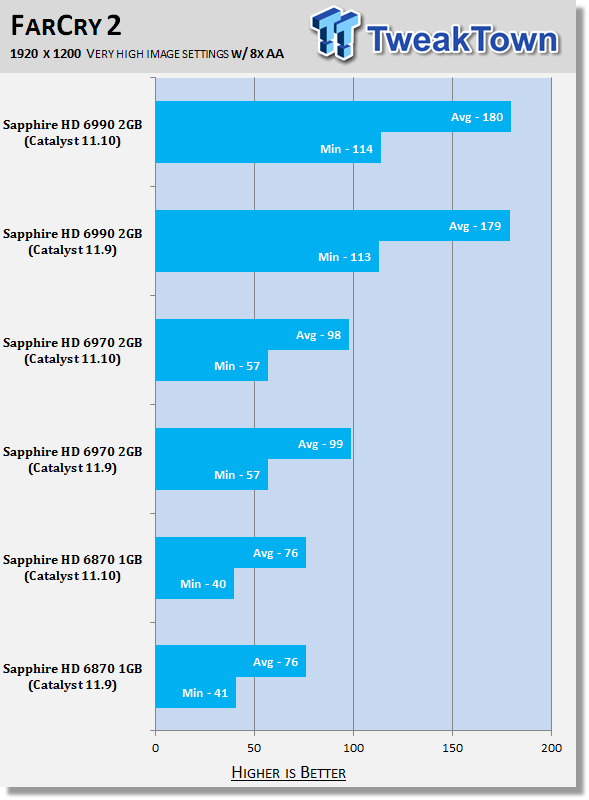 Well that was a boring driver to test. To be honest, I'm hardly surprised. With three BETAs last month that brought performance bumps to Battlefield 3, it's hardly shocking to know that the official WHQL driver brings very little with it. Instead we know that most of the effort has gone into the BETAs because it was important for AMD and NVIDIA to offer the best possible performance at launch.

Unfortunately I'm still yet to witness the performance of the HD 6990 under Battlefield 3 as the game continues not to load for me. It's a little sad that the initial BETA was more stable than the full release that has finally hit us.

If you've been jumping around on the BETA drivers that have hit this month, there's no real reason to jump on this one, especially if you grabbed the most recent BETA. If you're still on last month's driver or the month before, I'd also say you could probably skip this one.

AMD seem to be on a bit of a lack luster run when it comes to driver performance lately. We saw some great features earlier in the year, but the last few months have been fairly quiet. We wonder if they're saving up something big for Nov / Dec or we're just going to cruise into the New Year with the odd bug fix here and there along with a new feature.

There's not a whole lot to get excited about here, so we don't see any real reason to jump on this one as we mentioned. If you're going along well with the driver you're on, there's probably very little reason to change to this one.