As we're rolling towards the second half of August, we saw the other day that AMD released its Catalyst 11.8 driver suite a bit quicker than when I initially thought it would be. To be honest, though, if you think about the fact that when we saw the release of the WHQL 11.7 driver suite we also saw the beta preview of the 11.8s, AMD no doubt were getting close to having the 11.8s ready, so again, the fact that they're a little earlier than normal doesn't come as too much of a surprise.

While our games might not always be specific to the performance highlights, with so many games using similar engines we quite often find that a gain promised in one area can also be shown in another. Of course, there's always the opportunity to drop us a line and let us know your own experience, good or bad.

So with that all that said and done, let's take a look at some of the release note highlights before we take a closer look at our testbed and get into the performance side of things.

CPU over-clocking is only supported on AMD Black edition CPUs 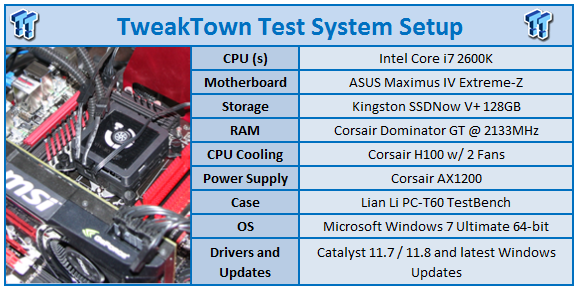 We're today of course using our new Z68 testbed that you may have seen us use in the past week or two. At 5.2GHz the 2600k performs stronger than our previous X58 platform and if you're interested in finding out more, I recommend that you check out the article above.

As for the card and benchmark line up, we've gotten rid of the HD 5870 which we've been using for the past few months and included the HD 6990. With word that stock is going to become available again soon, it's a worthy addition to the lineup. Along with that, though, it also helps us implement CrossFire testing into the lineup.

The benchmark line up is also modified and offers a spread of really intensive games like Lost Planet 2 and Metro 2033 while including old favorites like Far Cry 2. Like we've already mentioned, our line up doesn't always include games that are targeted in the Performance Highlights, but we use a broad range of engines and hopefully some of the gains are seen in the lineup. 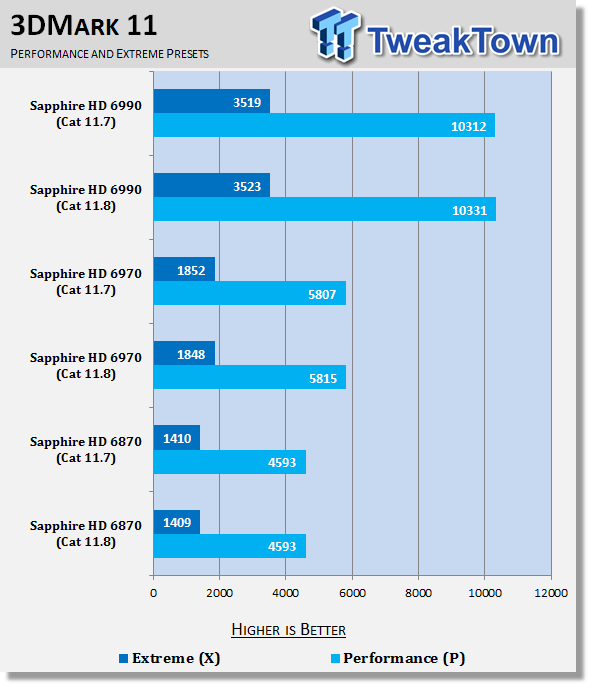 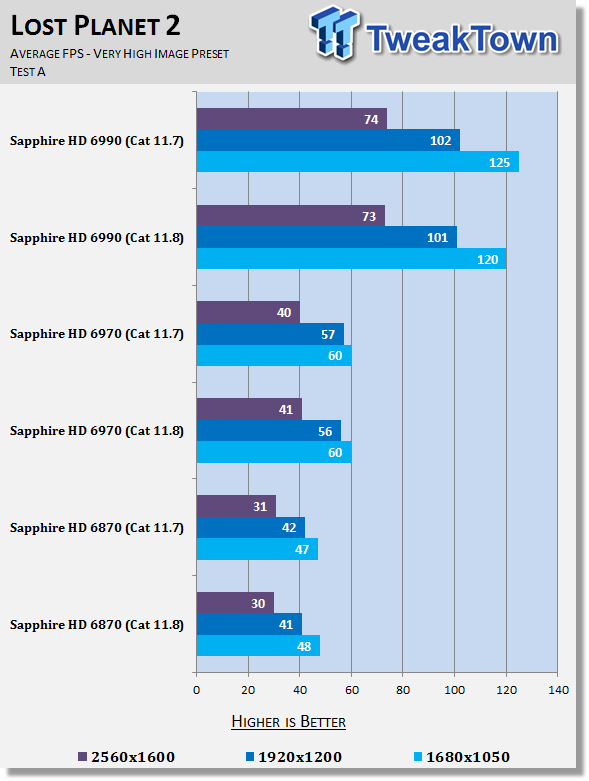 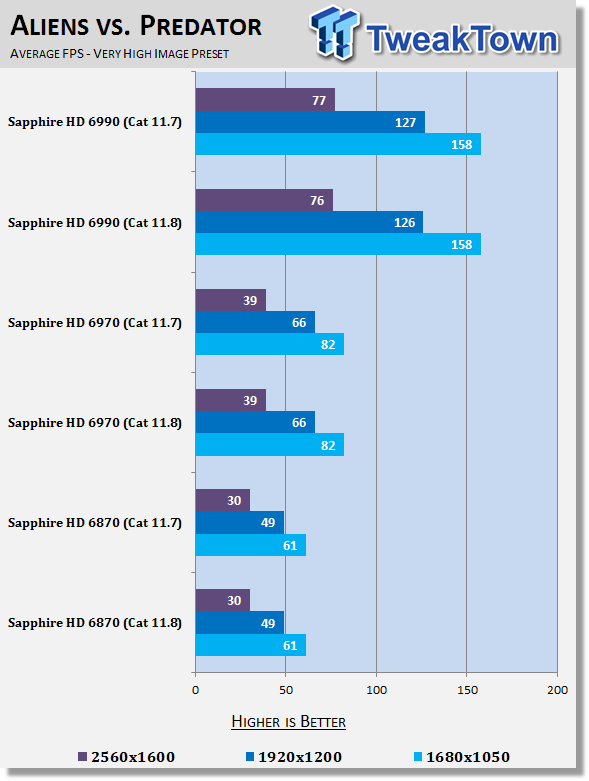 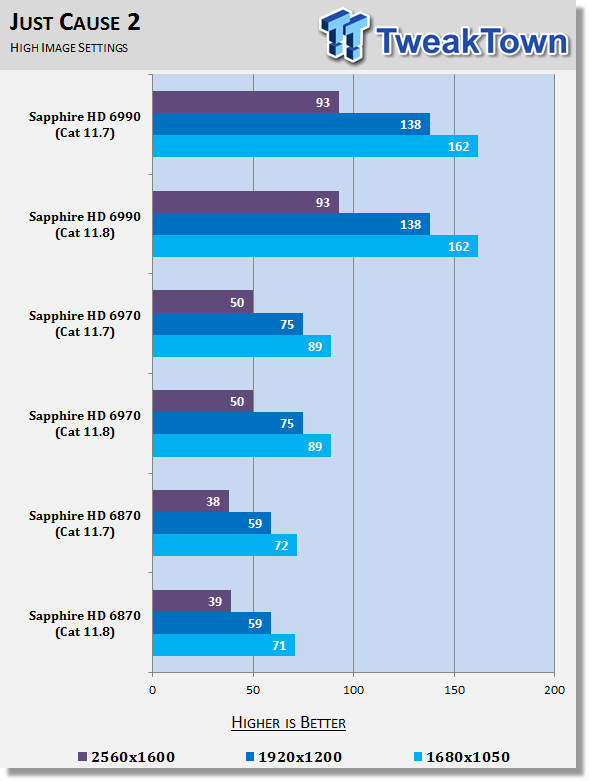 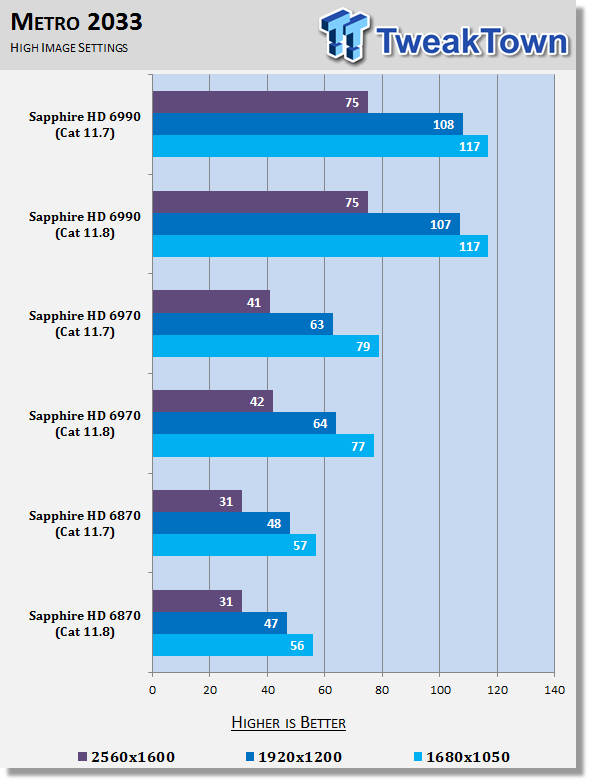 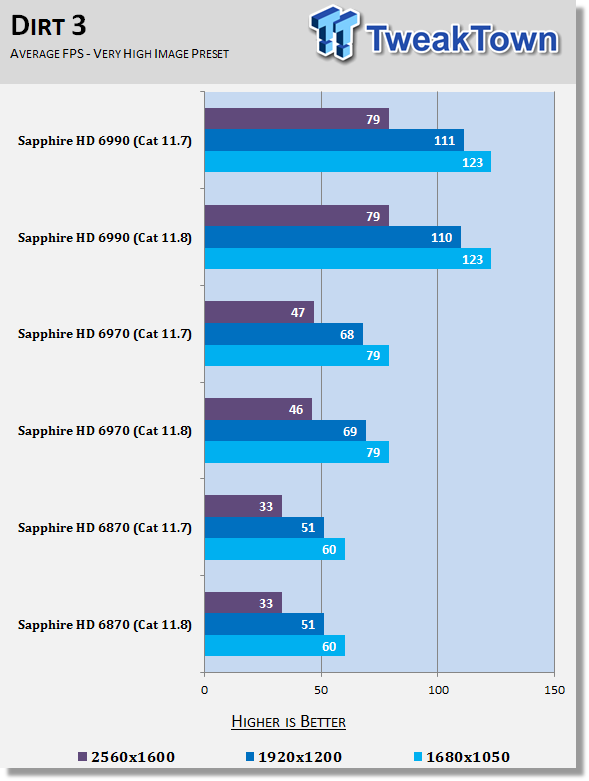 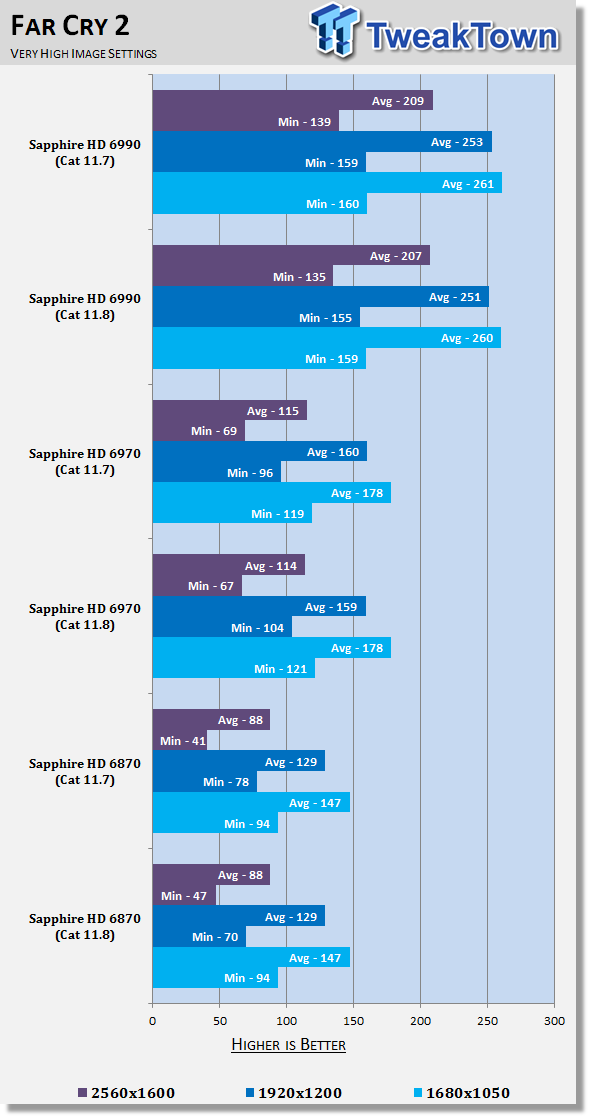 HD 6870 - We can see a little bit of movement, but nothing that will actually effect performance.

HD 6970 - We can see a little bit of movement, but nothing that will actually effect performance.

HD 6990 - We can see a little bit of movement, but nothing that will actually effect performance. 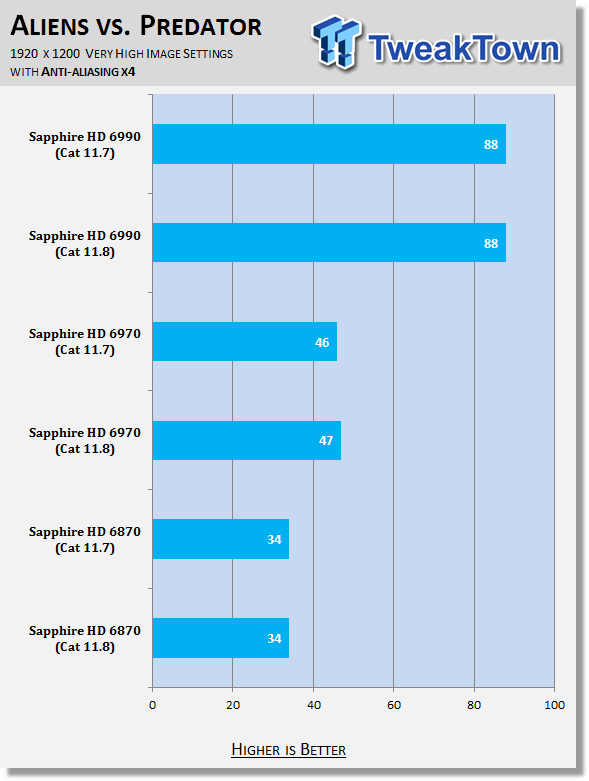 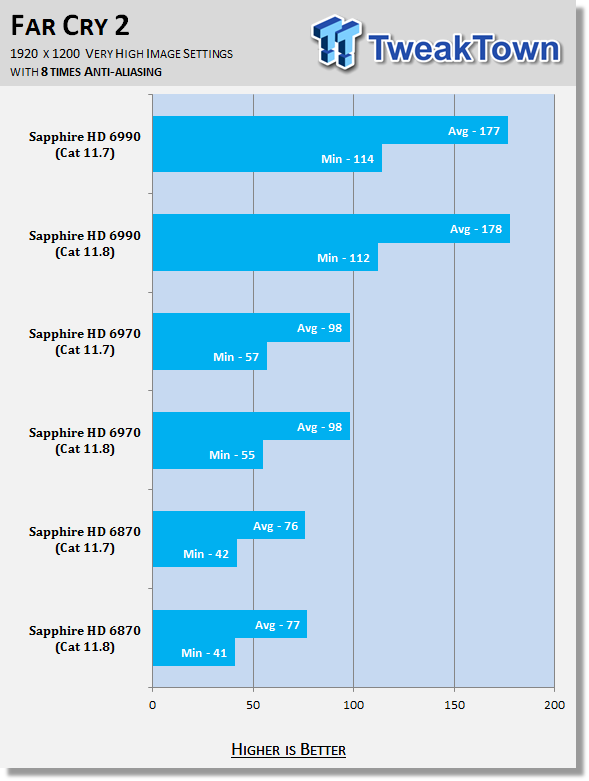 While AMD promise us some changes, we unfortunately don't see them here today in our benchmark line up which is a little disappointing. We only have so much time to do our testing, though, and there's always such a variance in the games that are concentrated on when it comes to adding more performance.

As we mentioned in the introduction, if you experience a boost in some games, or even a drop, make sure you drop us a line below in the comments so other readers can see what they should be expecting.

Outside of the performance promises, though, we've got some feature improvements which include some changes to overdrive. As you saw on the first page, AMD have added the ability to also overclock your CPU via the Catalyst Control Center. Before you think you will jump in now, though, and overclock your 2600k, it's worth noting that the feature is of course not only limited to AMD CPUs, but also Black Edition versions.

While a little limited with what can be done here, it's a good move and I think we'll see the Catalyst Control Center become more and more useful as time goes on. With the introduction of the new Bulldozer platform, the push to put people in the CCC more is going to be a good thing.

Again, while we don't see the performance boost today, the new Catalyst 11.8 set looks to be a good one. Outside of the performance improvements and the new CCC features, there's also going to be the normal array of bug fixes and if you've been having trouble with a previous driver set, it's worth checking out the release notes.

To be honest, though, I think that a lot of people would already be on the 11.8 Beta and if that's running fine, you could well skip the official WHQL version and just see what the 11.9 series will bring out next month which will mark the end of Q3.