2010 is shaping up to be a fun year for me. Some of the hardware that is available is staggering. Rich in features, easy to use and quality components; which brings us to the motherboard that we will be looking at today, GIGABYTEs new top of the line GA-X58A-UD9.

GIGABYTE has thrown almost everything into this board. If I look hard enough, maybe I'll find the kitchen sink hiding somewhere in the box, too. There is so much to talk about with this board that I almost don't know where to start.

What does all that mean? - Well, if you are a nutter like me that wants a platform to push Gulftowns CPUs to crazy speeds, run the most insanely fast graphic configurations imaginable and have the ability to use USB3.0, SATA3.0 and super fast RAID 0, you will be grinning from ear to ear right about now. 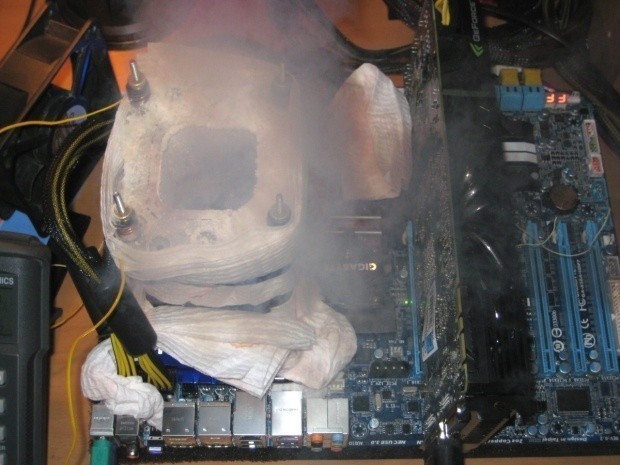 
I almost feel sorry for the CPU knowing how I am going to torture it with this weapon, and torture it I will. As you know, I'm not one for air testing so I will leave most of that to others. What I want to know is how it rocks when we crank the volts over 1.9vcore and freeze it to below -150degrees celcius.

This is a top of the line flagship product; it's not made for mum and dad's internet machine, it's a full on gaming or fire breathing benching board. And as such, I have high expectations, so let's see if it lives up to it.

We have also prepared a video of setting up the UD9 for subzero benching with liquid nitrogen which can be seen at the top of this page. 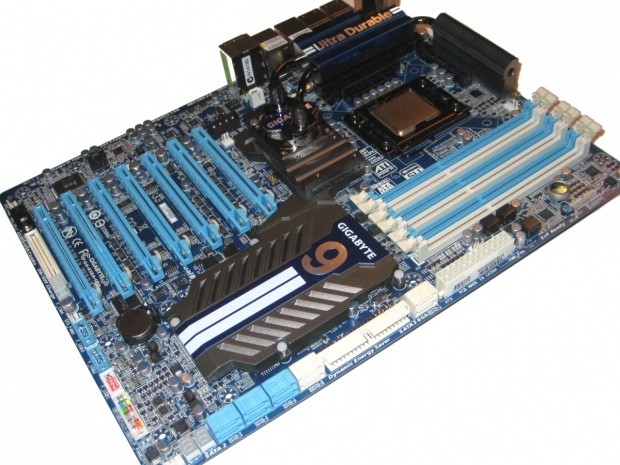 There's something about this board, I find it quite striking. The gourdy colours of old are a distant memory, replaced with the pale blue and white, with a sensible layout, which is impressive with the amount of features GIGABYTE adds to their boards. 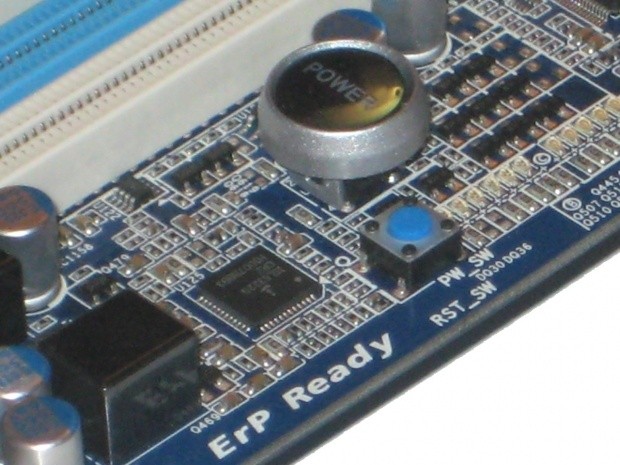 The power and reset buttons are situated to the right of the memory slots. I much prefer this position over having it situated below the bottom PCI-e slots on other boards. 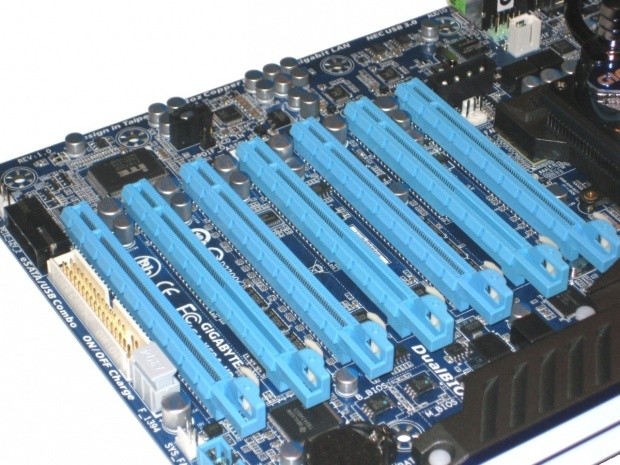 Seven PCI-e slots ready and waiting to be populated by the top graphics cards of today. 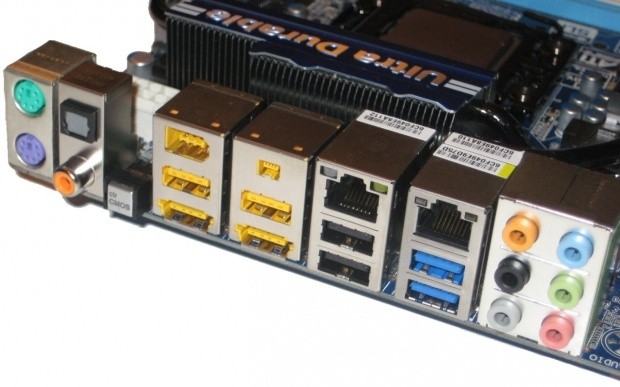 Very similar to the other high end GIGABYTE boards, with the same abilities to power and/or charge certain external devices. 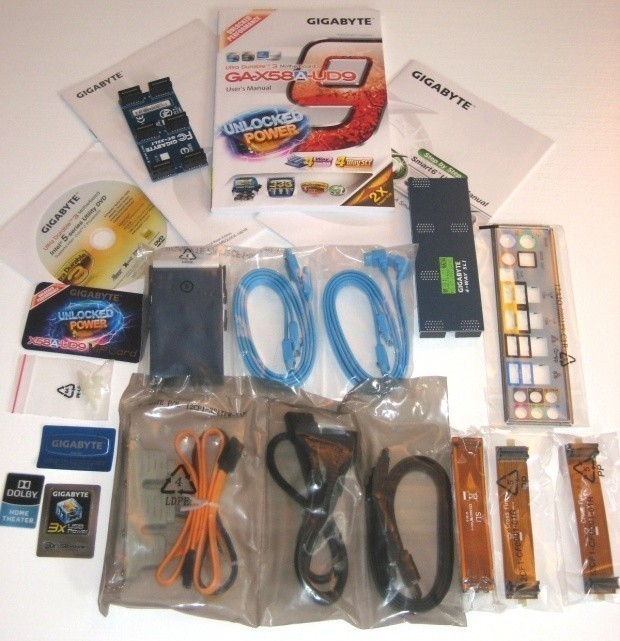 The board comes with the usual assortment of accessories, manuals, driver disk, I/O shield, assortment of leads, SLI and Crossfire bridges, including and most important, both a three way and four way SLI bridge.

Usually we would show a maximum CPU frequency here; unfortunately and for whatever reason my CPU Z dump files were corrupted and would not upload. Instead this is the maximum screen shot for Super Pi1M. For the record it would screen over 6.5GHz. 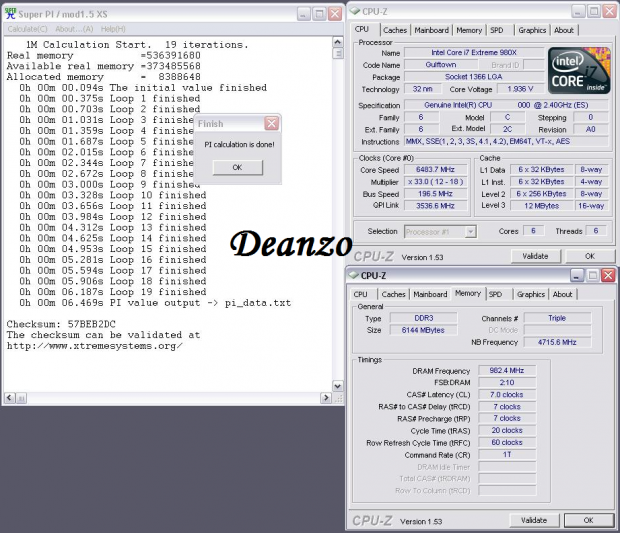 Overclocking the UD9 turned out to be very straight forward, almost as easy as cranking up the volts, cooling the CPU and watching it fly. For 6GHz, only vcore and cooling is needed; everything else on auto will suffice.

For testing I've focused on five competitive benchmarks; wPrime 32 and 1024, SuperPi 1M and 32M and PiFast, with the main goal of finding the maximum speed that this combo will run each of those benchmarks.

While the CPU plays a big part in determining that, without a motherboard that has the features that can handle the particular requirements of such speeds and power use, you're dead in the water if your aim is to bench above 6GHz with a Gulftown CPU. In fact, the wrong board can cost you 100's of MHz.

I've also added stock 4 and 5GHz runs as a comparison over the maximum frequencies achieved.

Important Editor Note: Our maximum overclocking result is the best result we managed in our limited time of testing the motherboard. Due to time constraints we weren't able to tweak the motherboard to the absolute maximum and find the highest possible frequencies, as this could take days to find properly. We do however spend at least a few hours overclocking every motherboard to try and find the highest possible overclock in that time frame. You may or may not be able to overclock higher if you spend more time tweaking, or as new BIOS updates are released. "Burn-in" time might also come into play if you believe in that. 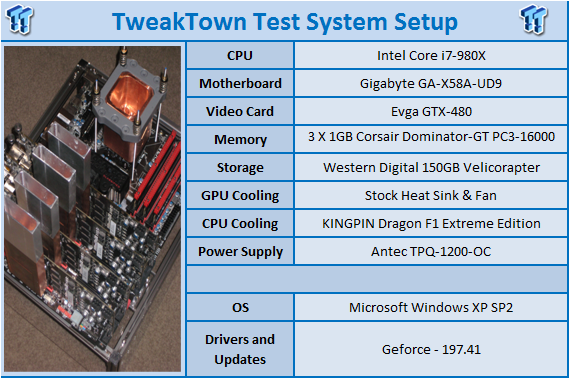 Super Pi is a single threaded application that calculates pi to a specified number of digits after the decimal point - up to a maximum of 32 million. Over the years it has also been used by enthusiasts for stability testing, but with the development of multi-cord, multi-threaded CPU's it's primarily only used by competitive benchmarkers now. 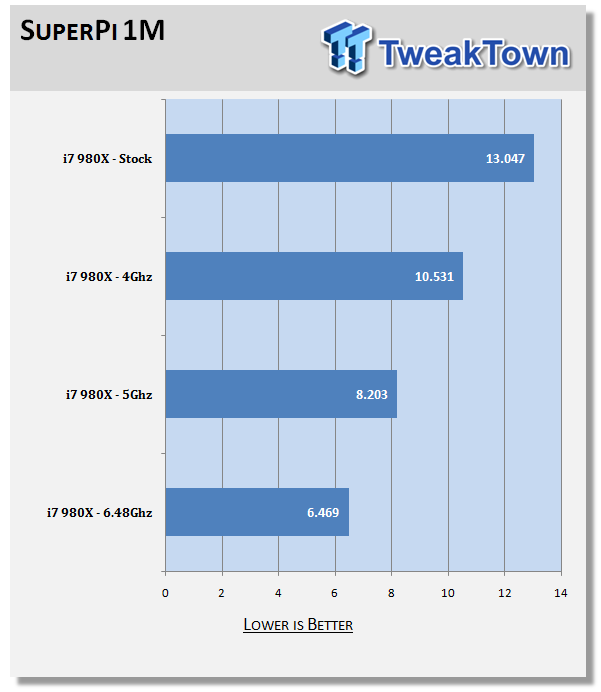 As one would expect, this setup made short work of Super Pi 1M, reaching a maximum frequency of 6483MHz to give us a time of 6.469sec.

Super Pi is a single threaded application that calculates pi to a specified number of digits after the decimal point - up to a maximum of 32 million. Over the years it has also been used by enthusiasts for stability testing, but with the development of multi-cord, multi-threaded CPU's it's primarily only used by competitive benchmarkers now. 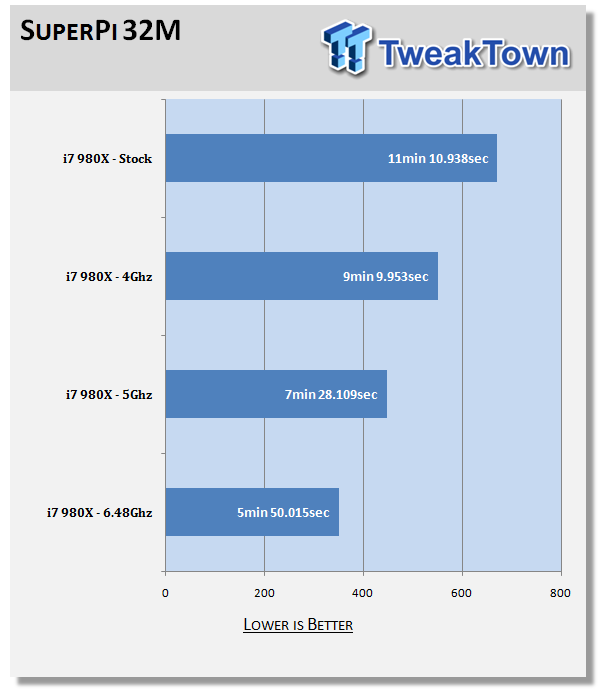 32M while strongly dependent on CPU frequency, memory speed and overall efficiency of the board plays an important part in the overall calculation time. As we are focusing primarily on CPU frequency, we were able to achieve 6444MHz with a time of 5min 50.015sec.

wPrime is a benchmark that is utilized in the competitive realm of overclocking. It can be set to fully load all available cores and threads. Here we run version 1.55 as that is what all competitive results are based off. 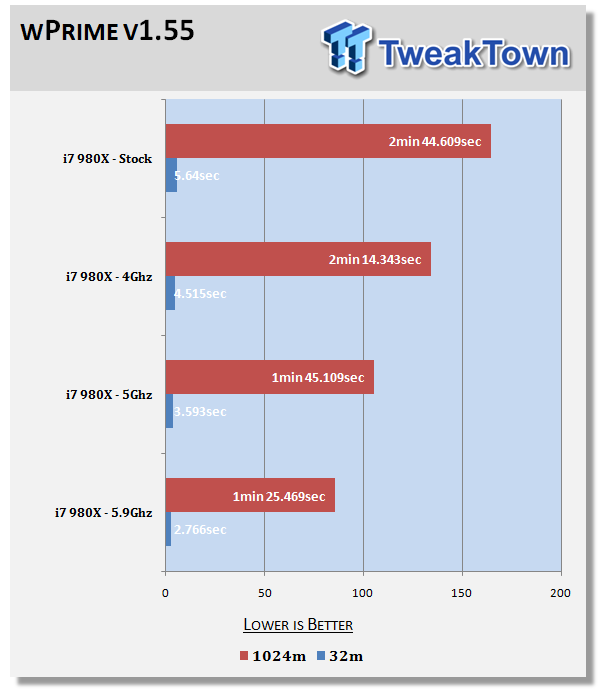 PiFast is a single threaded application that calculates pi with a very large number of digits. While there are newer versions out for competitive benching, version 4.1 is utilized. 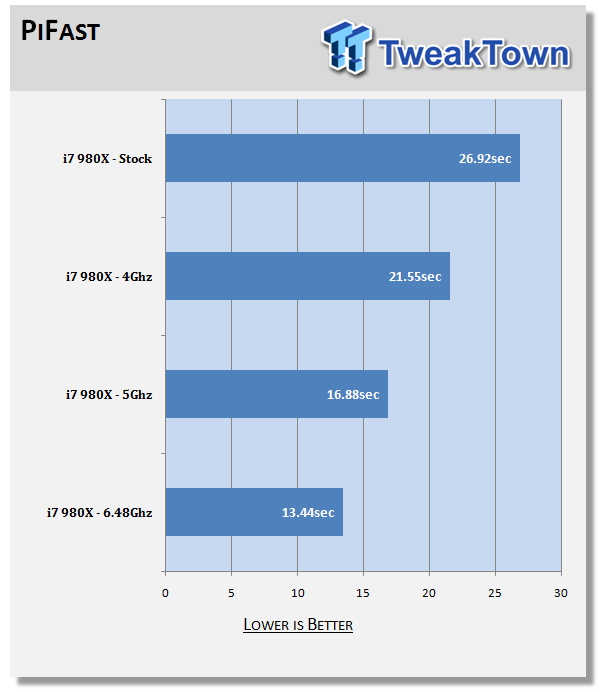 The UD9 pushed the CPU to a frequency of 6484MHz to achieve a calculation time of 13.44sec.

GIGABYTE can hold its head high; it has delivered us a board that deserves its flagship status. Jam packed full of features, dead simple to use and clocks very well.

At this point you may be getting the idea that I like this board, and you'd be right. I've clocked up a lot of hours on it now and found it extremely resilient, which is great with the warranty voiding activities I get up to.

While the board was extremely resilient, the same cannot be said for the CPUs. One 980X died outright with another two seriously degrading during the period of creating this article.