Xigmatek managed to pull off the ultimate hat trick in 2008. The company made coolers that were cheaper, lighter, quieter and performed just as well as the very best CPU coolers manufactured in 2008. The key to Xigmatek's success has to do with their HDT (Heatpipe Direct Touch) patent and what it does to seemingly ordinary coolers.

Xigmatek's HDT puts the heatpipes in direct contact with the CPU's IHS. By eliminating the plate that most normal coolers use as a buffer, heat immediately travels through the heatpipe to the fin area of the cooler. The entire process is very efficient and has propelled Xigmatek products to the top of every enthusiasts most wanted list.

It is now 2009 and Xigmatek is ready to break into a new market. The company will still offer their amazing sub 40 Dollar USD coolers that perform with the best 80 Dollar products from other manufacturers, but they are now ready to bring their own ultra premium coolers to the market.

At CES Xigmatek brought with them their new 2009 cooler to show media from around the globe. Once all of those meetings were over, what did they want to do with the new cooler? Give it to TweakTown of course! - Today we are going show you the Xigmatek Thor's Hammer, part number S126384. Right off the bat you should notice the part number. Until now Xigmatek products up to this point had three and four digit part numbers that related to the features of each particular cooler they were associated with. Thor's Hammer skips over the five digit theme and goes straight to six numbers. At the end of this preview can you decode the new scheme? Let's start to give you the clues. 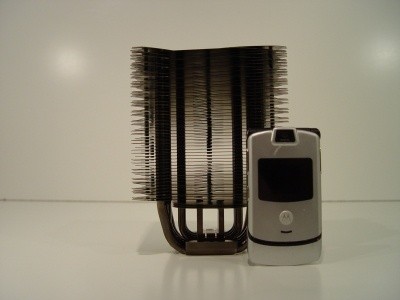 There are a lot of things that make this cooler stand out from the crowd, but the first thing you observe is the sheer size. The T-Hammer is a big, bad, take no prisoners kind of cooler, just how we like them. 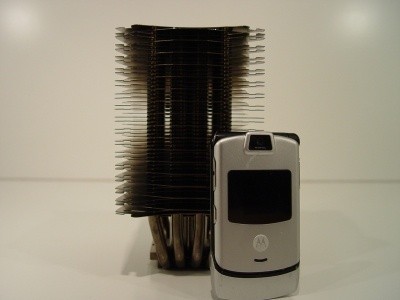 I went through my office trying to find something that everyone has seen before. A Dollar bill wouldn't work since this is an international site. Even from the side, the Hammer dwarfs my old cellphone. 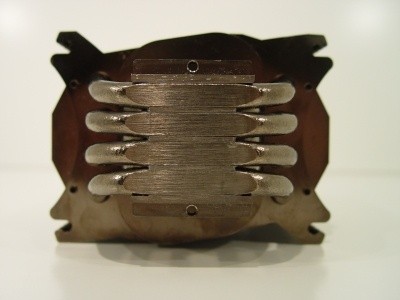 Xigmatek didn't stop with just a tall cooler, but everything is proportionate; have a look at those 8mm heatpipes that will transport the processors heat to the fins. Most of the coolers produced in 2008 used 6mm pipes, but there were a few to break into the 8mm club. 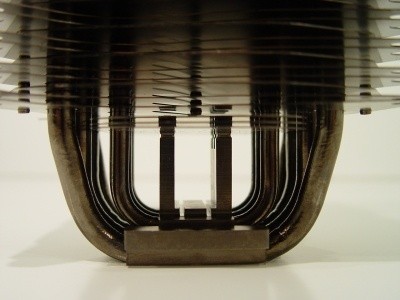 Speaking of 6mm heatpipes, Thor's Hammer has those as well, three of them. The pipe count in total is seven, more than Xigmatek has ever offered on a single product. 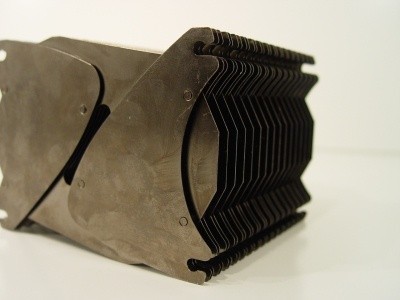 Keeping with tradition, the T Hammer uses the same fan mounting system that isolates the fan and vibration from the main cooler. As a preproduction sample we didn't get the rubber grommets, but you will be able to see the whole system together when the retail cooler arrives for the review. 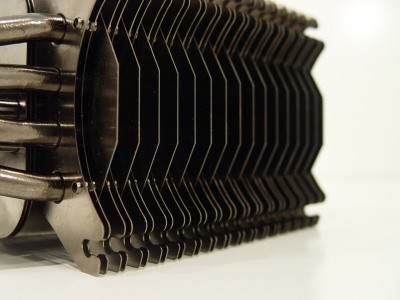 The fins are staggered in a 2-1-2 design to add some turbulence to the air passing through them. 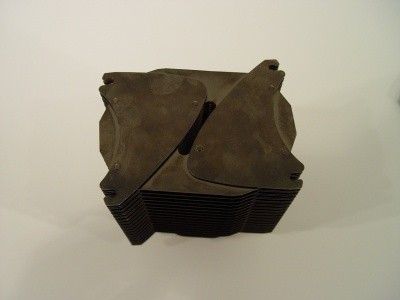 This is the view from your case window; it looks a little mysterious, like a dark energy absorbing...wait, that is what it actually does. Moving on... 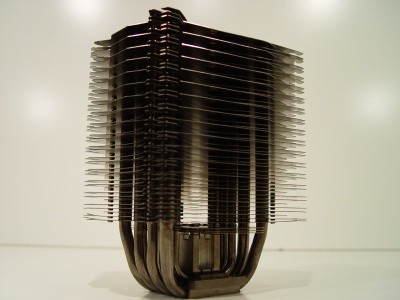 Look for a full review of the Xigmatek Thor's Hammer as soon as we get the green light from Xigmatek. Until then you will just have to stare at this picture and wonder how good it will be. Unfortunately I will be in the same boat with you; the cooler has to be packed up tonight and sent over to Chad's office for some private testing.