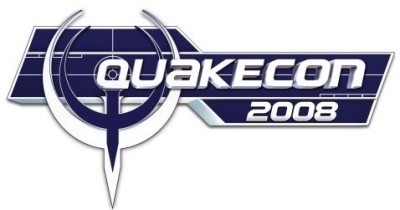 At QuakeCon I was pleasantly surprised at the amount of female gamers in attendance. Not only has gaming crossed the lines of language and social class, but it is now smashing through the gender barrier.

In the coming days we will sit down and have an interview with Amber "Athena Twin" Dalton, the leader of one of the largest female game teams; PMS Clan. Pandora's Mighty Soldiers compete in many PC, Xbox and PS3 games and have a team membership over a thousand large.

While PMS is trying to break down previous perceptions of female gamers, let's all be dogs and take a look at some of the eye candy found at QuakeCon 2008!

The Official Girls of ID

ID Software had a nice collection of California Girls at the show. Be careful though, these girls are used to getting hit on by gamers and one was simply rude. 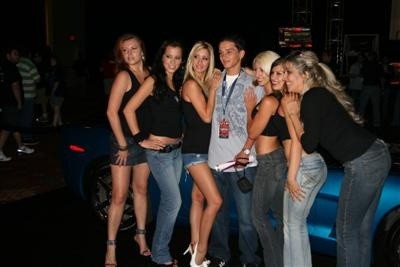 The ID Software Girls went around posing for the crowd and had a good time making others have a good time. The hottie on the far left is Russian and can drink any gamer under the table. That is, any gamer other than me. She wants a rematch next year though. 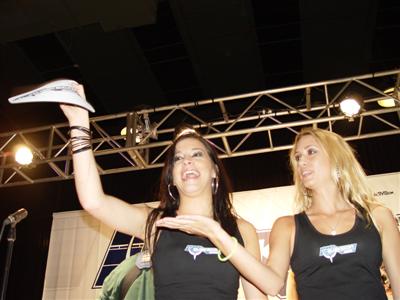 The QuakeCon girls threw out several prizes to the audience all through the event. 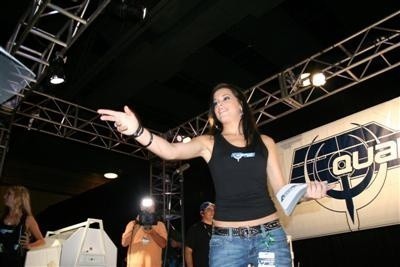 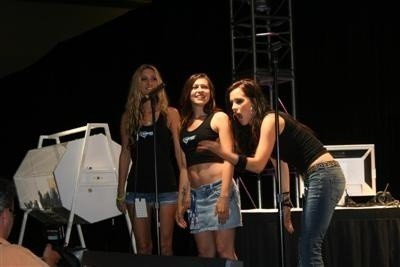 And because of that, we will include this one for her friends to snicker about. 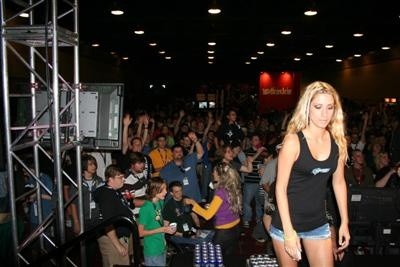 Here is a shot from the stage. Somehow I made it on stage to get this picture. At the same time, the CEO of ID was on stage and there were more gamers cheering than my camera was able to flash to see. 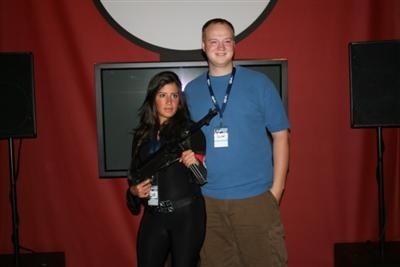 Most of the Wolfenstein Girls spent their day posing with gamers who were outgoing enough to walk up and say hello. Here, my old friend Ockie from Michigan shows that he isn't bashful. 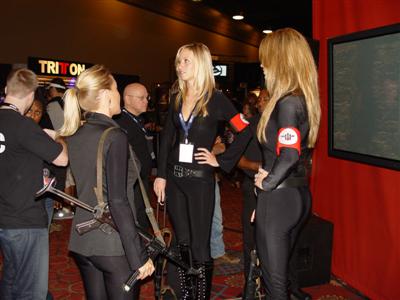 The builder of this system spent a great deal of time finding the right mix of add-on parts and innovative design to make a great looking, clean mod. 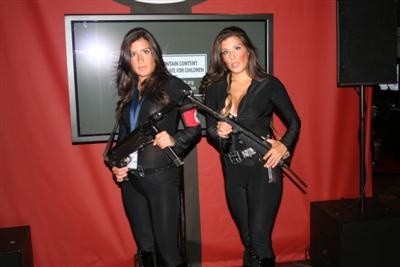 Is anyone even reading this? 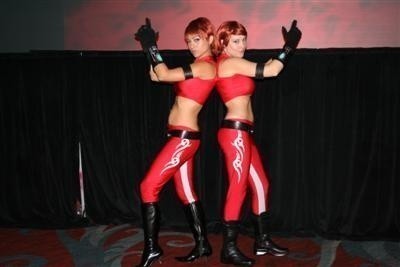 I do feel bad for these girls; they had to carry around real vintage guns. If you have ever held an old German machine gun, you know they weigh a lot more than modern SMGs. 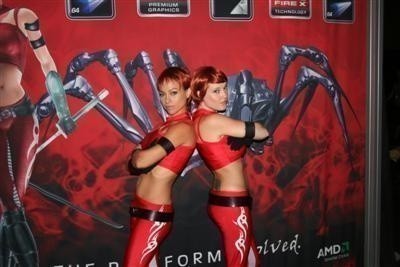 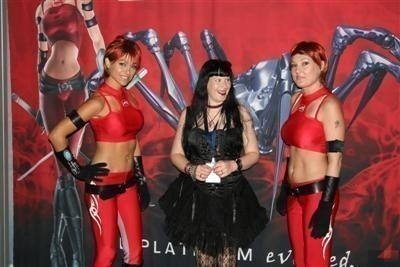 AMD had one of the busiest booths at QuakeCon 2008 and I am sure the two Rubys had a little something to do with that.

To be fair, the gaming girls will kick my ass at every modern day game out there. To make me feel better, Pro Female Gamer and PMS Clan Co-Leader Amber "Athena Twin" Dalton challenged me to an arm wrestling match and almost beat me at that. I am sure a picture will surface somewhere. Give these girls respect or expect to walk away with your head down. 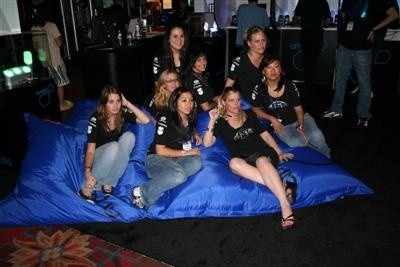 The PMS Clan getting ready to shoot a video for one of the many gaming TV shows. 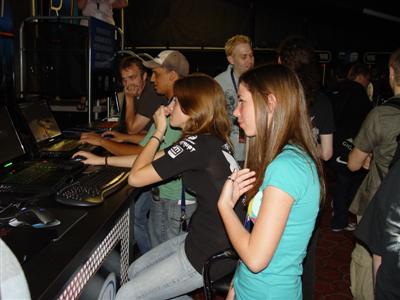 Yes, they game too. Here a member of PMS is showing a new game to a fellow female gamer at the Dell / Intel booth. 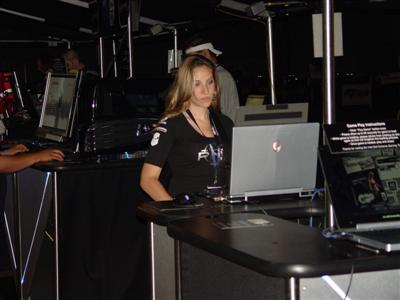 Getting in a little practice whenever she can; this PMS member is preparing for a tournament. 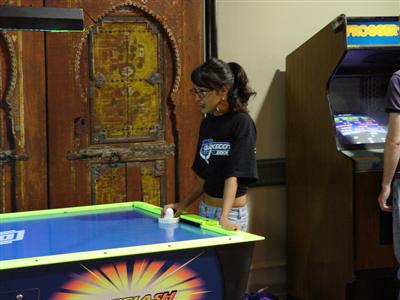 The desire to compete is deep in this gamers soul. Here she is winning a friendly game of air hockey. 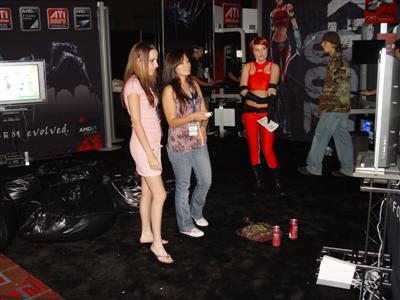 Console gaming is gaining momentum and at the AMD booth the Nintendo Wii was a big hit with gamers.

Don't come to QuakeCon and expect to get your 'game' on unless you are a top seeded pro player or can handle more vodka than these professional party girls. Still, they can show you a good time and still kick your ass at gaming.

We will let the pictures speak for themselves. Stay tuned for more QuakeCon 2008 coverage that will include Keynote highlights from John Carmack and our final thoughts from the overall QuakeCon Experience. 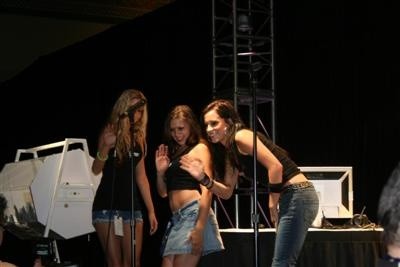