Eee PC 1000H is Taiwan's version of the latest Eee PC launched by ASUS late in 2007. Since then, like a wildfire the Eee PC revolution has burned asunder all competition before it. There is literally no other genre of PC like it. However, that being said, I have to say the look and feel of the model we are looking at today is a lot different from the first Eee PC we originally exposed in all her innocence a while ago. 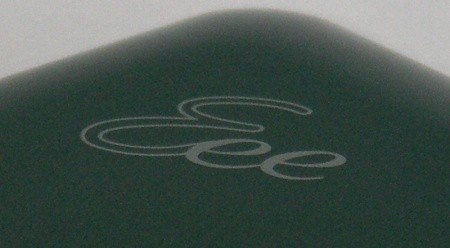 Today we are going to strip down a juicier, more mature model; something seductively more endowed, and covered in glossy black. No more innocent "clad in white" teeny tid-bit viewing; this is an all-black leather mistress with her whips and chains, and it took a great deal of coaxing to calm her out of her plastic glossy black briefs. Rest assured though, that the few scars from the screws, and the torment as she teased us, nearly caused several explosions! - As you would have guessed by now, the story is diverse as well as slightly on the dark side. So please note that like our previous Eee PC expose which you can view here, the content is slightly risque.

Here we have the box as she was bought; not much from the outside, but when you lay everything out, you can see a much more appealing set of assets.

The box contains a 74pg manual, a charger, a support DVD (You'll need an external DVDROM) and a quick-start guide. Also included is a very seductive protective case that comfortably covers the Eee PC from head to toe.

The Eee PC 1000H is a mature product; it should be classed as a laptop in my opinion, and is certainly not something you want to take lightly. It's built with the all new Intel Mobile Atom CPU and chipset, an 80 GB HDD, 1 GB DDR2, WiFi 802.11b/g/n as well as 10/100 Mbps Ethernet, integrated speakers, a microphone, and also a 1.3M camera; all this working with Microsoft Windows XP.

The blissful glossy black paintjob and the workmanship give her an upper class feel. I would expect to find her nestled in some loving arms in a sophisticated restaurant, a bottle of the finest red wine on the table, and a connoisseur of all things fine such as touching her lightly from time to time.

Once you manage to get her to come home with you, then it's a different story all together. This is especially if you have something dire in mind, then her sophisticated aura melts into hard-to-reach black plastic apparel, with hidden crevasses and a talent for frustrating even a seasoned veteran such as me. I spent hours teasing apart some small aperture, only to have it snap shut because my fingers didn't find the right place. Fortunately, removing the first layer revealed some of the most interesting components.

While attempting the first layer, I was held back by a few screws, so getting out my trusty tool (that renowned screwdriver) I finally entered.

After getting her top off, I had a chance to ogle these goodies below.

The first device is a disk drive; 80 Gigs of pure spinning power. Made by Seagate, the nice thing about traditional HDDs is they can be replaced easily, should you ever need to upgrade. Although not solid state like previous Eee PCs, she still packs a punch and will no doubt be lower in price than the SSD version.

The next item to be seen is the Azure WiFi wireless network card, offering networking in all the latest formats (801.11b/g/n). Please note, WiMax is not supported yet, but if you have the Mini PCI-E card for it, you could install it easily.

Lastly, of the three components fairly easily accessible and also upgradable was the memory module. This DDR2 module brand is ASint DDR2 1GB 667 MHz. ASint is a new Taiwanese based company derived from SiS Corp in late 2007.

I began to think I had hit a home run when I got the black kit off. Unfortunately I was sadly mistaken as she wanted a lot more foreplay. I was going to have to wait for my chance. Delicately I parted each layer, careful not to upset the tender balance between tool and technique.

At last, exposed in a semi-naked state is the motherboard showing the essence of her assets. All that remained was to see the secret numbers tattooed on her CPU to really get my engine racing. Clearly she was worried modestly, as any decently seduced piece of hardware should be. The last piece of fabric separating me from my goal was so skimpy and tightly clad around her form, I had to take at least 5 minutes to get it off in one piece. To be so near the goal and tantalized by such a skimpy heatpad had me drooling like a teenager.

The bottom half is always more fun when you strip it, but the top half when stripped had some fetching surprises too.

The Chipset and CPU Detailed

Atom is the new Intel CPU for mobile platforms, formerly called Diamondville. It works in conjunction with the M 945GSE controller chipset which has a controller hub based on the ICH7 south bridge chipset, originally prevalent on larger ATX platform motherboards. According to Intel, the Atom processor is a completely new hafnium-based 45nm microarchitecture design to combine energy efficiency with super processing power.

This first generation of the Atom is single cored with hyperthreading, meaning that it simulates two cores inside its single core. These processors will become more prevalent as more and more Mobile Internet Devices (MID's), UMPC's and mini-PC's get launched over the coming weeks and months. Intel believes it will be the best choice for all consumers, and the main reason for that is the performance per watt advantages. Those advantages are a sub 1 to 4 watt thermal power envelope for web browsing based applications; the second benefit is the scaling of power usage, which can switch anywhere between 800MHz to 1.86GHz. Lastly, the FSB is set at 533 MHz, enabling faster data transfer rates between the core subsystems.

The Eee PC has tapped into the Atoms capabilities by enabling button controlled power scalability. Thus, at just the touch of a button your Eee PC can be at full power or sleeping contently, waiting for your next wake up call. Basically, she's a partner that dreams are made of.

The Mobile 945GSE chipset with integrated graphics and memory controller, as well as 10/100 LAN function.

A full table adapted from Intel's website can be seen below.

The Eee PC had a plethora of features; the one thing missing was definitely an optical disc drive, although if you have a USB DVD reader handy, it makes life better. Once I had satisfied myself on the lower regions of the Eee PC, I moved up to see if I could find any tid-bits worth noting. What is not immediately apparent is the maker of the sensor for the 1.3M webcam, and I was not surprised to find an Omnivision sensor.

They are a company who is always behind the scenes, but I was surprised to learn that they are in fact the world's number one supplier of CMOS sensors for digital cameras in the world. I guess it would be for the mainstream cameras to be found in most models of mobile phone. Getting back to the Eee PC, I also noted a microphone mounted in the LCD panel and the panel itself being a 10" display.

The built-in stereo speakers are mounted either side of the mouse pad, and a two button mouse pad is decidedly better than the previous single mouse button in the older Eee PC 701.

The device has an MMC(plus)/SD(HC) card reader, nice sized keyboard, mouse pad, 10/100 Mbps ethernet, 3x USB ports as well as jacks for a headset and microphone should you wish to use them.

The battery is Al23-901 rated at 7.4V / 66000mAh.The battery will only last 8 hrs if you make extensive use of the Super Hybrid Engine, which is basically a selectable power performance rating depending on your performance needs. If you are using a lot of graphics, then the power should be higher, and your battery life will be shorter. If you are just browsing the web, reading or writing texts, then on the lower setting theoretically you can get 8 hrs of battery life.

The Eee PC is sexier, more mature and certainly more endowed than ever before. The features are similar to predecessors, but the performance is much higher with the Intel Atom CPU and chipset. We even managed to install Microsoft Vista, and for those of you who missed it, you can see the video clip and news item here.

We have been duly impressed by this sultry seductress, and in freeing her of her black clad embodiments, we learned a few things about her deepest darkest secrets which we shared with you in all their refinement.

Our next step will be to do some benchmarks on the Vista platform. That being said though, I'm first going to have to put her all together and pray that she works as she did before. The trouble with taking something apart is that it is always easier than getting the pieces back together.

Well done ASUS; yet another top notch product geared for a hungry audience. I expect these to sell well with a MRSP of US$650, and no doubt with more DDR2 memory she will fly even further.

We cannot rate her performance for you, nor give her any awards as this is an incomplete review. Please come back for more when the benchmarks are out.