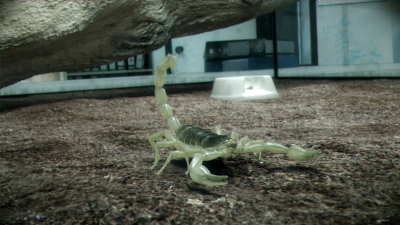 Earlier in the week AMD invited members of the press to look at the Radon HD 4850 in action, and surprised everyone with the promise of Photo Realism. For as long as I can remember, Photo Realistic Gaming has been touted as the ultimate point of gaming, the marker when true gaming bliss will be achieved. PRG is such a destination it has become a noun, capital letters and all, like a county, name or city; a true destination dreamed up and talked about all the way back when 3DFX dominated 3D graphics.

In reality, Photo Realistic Gaming has been more like Plato's Atlantis, a magical place that has never been proven, some people still dream while others just wait to see. To me PRG is something that we will see someday, and that day is always the same; "In five years we will have Photo Realistic Gaming."

Five years has come and gone more times than your grandparents have started a story with "When I was your age," yet here we are again with Photo Realistic Gaming being talked about as coming soon to a monitor near you. 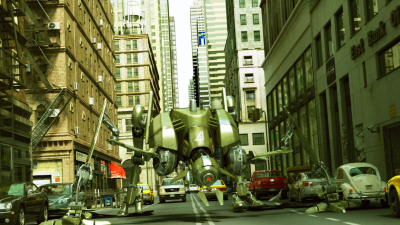 "Coming Soon to a Theater Near You" is a popular line used in theaters to promote movies, the industry that has seen a massive drop in revenue ever since the boom of the internet. Hollywood needs to re-invent itself and has the best PR agent in the world to do so; money.

It is no secret that AMD has been working with Tinseltown for the last several years, making it a goal to oust Intel from the city. To help achieve the goal, AMD turned to Hollywood insider Charlie Boswell who plays the game well and has established himself as the person you need to talk to for the processing power needed to achieve digital effects like those found in the last two Star Wars films. Still, to render a single frame in a blockbuster can take anywhere from several hours to days. 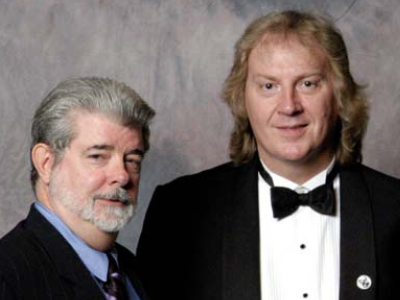 Film producers and directors want the power to not only edit in digital, but also they want to direct in digital. This goes far beyond the CG that is currently in use and will move the making of movies into a pure digital environment with generated characters, just like in games. Not only is Hollywood calling for the ability to make a feature length film in the digital realm, but also they want you to control the action. When the original story has played through, they want to give you the ability to explore the environment in real time just like the character in the film. Imagine a real interactive movie, something like Sherlock Home where you explore the city looking for clues, a car drives past and you have the ability to turn around and read the license plate. The idea is impressive, but Hollywood standards call for visuals that are better than Crysis, that is unless you were part of the production of Beowulf. 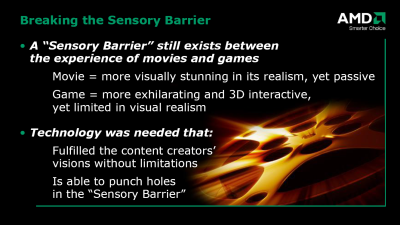 On the surface, it would seem that Hollywood and game developers are now aiming for the same destination, and AMD has taken the liberty to redefine where the roads lead. Cinema 2.0 isn't really anything new outside of the introduction of a new player who may help to reduce the amount of time needed to get there. The technology incorporated in the latest AMD Radeon GPU is certainly a large step forward in achieving a Cinema 2.0, and the soon to be released interactive Ruby Demo (video here) shows what is possible today.

Bridging the gap between frames per day and frames per second is going to take quite a bit more than a teraflop or even a five teraflop graphics card, but we are getting closer to making Cinema 2.0 a reality. Until I actually see it, my prediction is that we are only five years away. 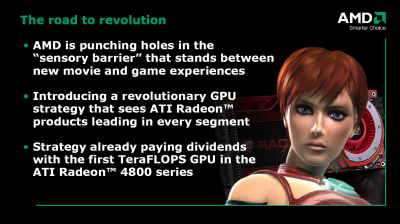