Back to IBuyPower Australia we go. We have intentions of letting the HD 4850s really shine in the 4GHz Q9650 beast that we're becoming quite accustomed to using. I really do wonder if I walked out the front door with it, would they notice?! - One can dream!

Later today we will be posting our Sapphire HD 4850 review from our own testbed. For that reason we won't be going into details on the cards here. What we will do is have a quick look the setup and get straight into these benchmarks.

Without further ado, let's get stuck into it. 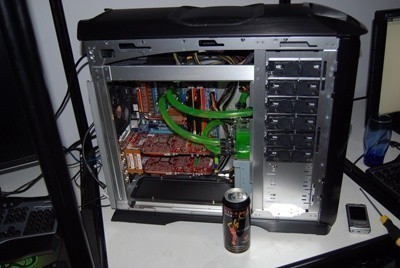 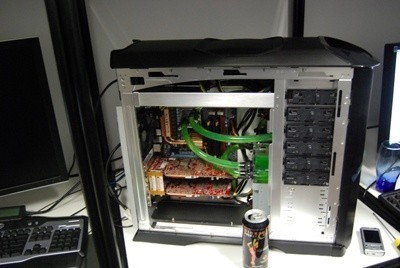 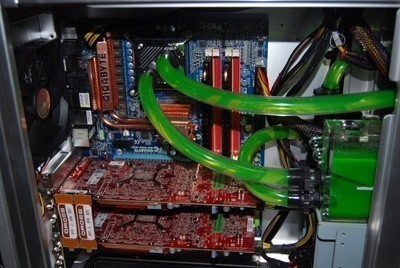 
We've got 4GHz of POWAH! Time to compliment it with a pair of HD 4850s and make some magic happen.

With everyone on an even 4GHz playing field, we can see the HD 4850 cards are able to slightly outperform the GTX 280 offering at a lower price point.

Moving to something a bit more intensive, we can see at the lower settings the HD 4850s are able to come out ahead when compared to the GTX 280. Although at X the HD 4850s sit just behind it.

Under CINEBENCH we can see that the HD 4850s have a good jump on the GTX 280. We also see that the extra card doesn't add any extra performance, it actually takes a hit.

Against the GTX 280 we can see the HD 4850 in Crossfire perform very close to the GTX 280 offering. Sometimes it sits ahead at some points, and other times just a little behind in both the minimum and average department.

Moving onto UT 3, we can see at the highest resolution the CF HD 4850 setup comes out ahead while at the lower ones the GTX 280 does sneak ahead. With that said though, we're still getting very playable numbers from the cards.

Checking out 3DMark 06, we can see the HD 4850 in Crossfire gets a good jump on the GTX 280. It seems that the AA and AF issues ATI/AMD had over the past few generations of cards are finally fixed.

WIC finds both setups performing very similarly with the HD 4850 CF setup of course coming in at about 30% less.

What AMD has on its side is the fact that Intel boards are Crossfire compatible, and what enthusiast doesn't have an Intel CPU with a supporting Intel chipset? - While the 700i series of chipsets from NVIDIA are popular, they have nowhere near the market share of Intel. Thanks to the price and the ease of setup, anyone can really get on the Crossfire wagon. And if you find yourself with a system as powerful as the one we've got here today from IBuyPower Australia, that's when the cards will really begin to shine.

It looks like NVIDIA really has some competition this time around, and as long as enthusiasts around the world get excited about the new HD 4k series, AMD could really begin to pick up some market share.