All NewsBusiness, Financial & LegalCases, Cooling & PSUContests & GiveawaysCPU, APU & ChipsetsDealsDisplays & ProjectorsGamingMotherboardsScience, Space & RoboticsStorageVideo CardsVirtual & Augmented Reality
All ReviewsAll ArticlesAudio, Sound & SpeakersCases, Cooling & PSUCPUs, Chipsets & SoCsComputer SystemsDisplays & ProjectorsGamingMotherboardsNetworkingPeripheralsStorageVideo Cards
GuidesGamingAsk the ExpertsNewsletterAboutForums
Chia Coin MiningRTX 3090RTX 3080RTX 3070HDMI 2.1Bitcoin MiningBattlefield 6
TRENDING NOW: There's a single Dogecoin holder with 28% of supply worth $23 billion
Video Cards
Editorials
NVIDIA choosing to move their latest line-up of cards to a whole new next generation naming scheme would have to be one of the worst things we've seen from a company in recent years. Having now looked at the 9600GT, 9800GTX and 9800GX2 we have a fairly good idea of what exactly we're dealing with, and an e-mail we received the other day really sealed the deal.

Doing the sample hunt down, we asked a company about the upcoming 9800GT, just one of the many more 9000 series graphics cards coming out. The response we were given from them was this:-

As far as we can tell, the only difference the 9800GT is going to bring over the 8800GT is support for Tri SLI, and if our testing the other day is anything to go by then it's not going to be all that exciting. Not only will we probably see small gains when adding a third card, but any real value goes straight out the window. The multi-card technology is really best reserved for the high-end cards when every bit of performance is not only required, but wanted. 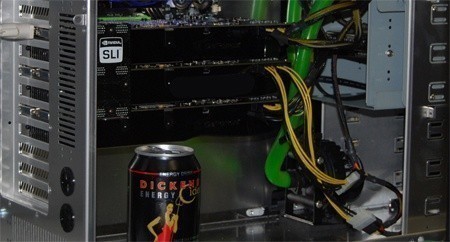 Anyone who has really been keeping up with the latest models will tell you the same thing. NVIDIA should have chosen to move from the 8800 series of cards to the 8900 series to avoid any confusion in people thinking that this was going to be the next big thing for graphics cards.

While we've got three models in the 9000 series already out, over the coming months we will see the 9800GT which we just mentioned along with the 9800GTS. Both models are due out sometime in April and we should see the GT before the GTS. You have to wonder what performance will be like though. At the moment the 9600GT sits just below the 8800GT, whilst the 8800GTS sits around the same performance as the 9800GTX. This means that two models due next month are going to offer performance probably in line with the 8800GT and 8800GTS, the only thing they will offer over the current 8800 series of cards is Tri SLI support.

Below these models we of course have the 9600GT which is already out. The next few months will see the release of the 9500GS, 9500GT and 9600GS. No one really knows what performance to expect out of these. If the 9600GT is anything to go by, hopefully we see some decent performance out of the 9600GS and at an excellent price point.

The worst thing about the latest series of cards is that because NVIDIA chose to move to the 9000 naming scheme, people thought that they were going to be getting the jump that a next generation naming scheme normally brings with it. So these people have instead chosen to ignore cards like the 8800GTX and 8800Ultra which came out a year ago whilst waiting for the 9000 series thinking that it was going to be the next big thing since sliced bread. Instead, they've been playing on their 7000 or even worse, 6000 series of cards and missed out on an awesome gaming experience for the past 12 months plus.

The consumer has really been misled; forum users all over the world are expressing their disappointment over the new 9000 series of graphics cards. The thing is, the 9000 series of cards are a good product, but it's not the next generation graphics card that people thought it would be. And with the way information is leaked these days, news about the 9000 cards was pretty much coming out as the 8000 series cards were released.

The worst thing is that people out there are now saying "We'll just wait for the next generation of card, if we wanted this performance we would have bought an 8800GTX 12 months ago." The thing is there was nothing stopping these people; sometimes you've just got to bite the bullet. Graphics cards have been moving forward so quickly over the past 3 years thanks to the massive competition between ATI/AMD and NVIDIA that you just knew that they couldn't continue to constantly pop out these massive performance increases with every driver. Really, the only game in the past 12 months that has bought a system to its knees is Crysis, and no one's interested in making a graphics card for one game. 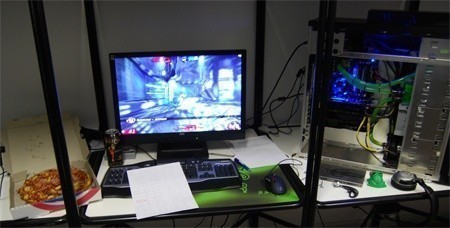 While people might feel that it's not worth buying a 9000 series card because the performance is quite similar to that of the last generation models, we've got to say, just stop thinking about it. The 9800GTX in SLI is an absolute menace, so it's something worth thinking about. Bang for buck? - You really can't go wrong with the 9600GT and 8800GT.

These new cards didn't come out with the $1000 price tags that we've seen over the last few years from top-end models. Get yourself a 9800GTX, load up your favorite game and just get stuck into playing it and enjoying those silky smooth frame rates on almost anything you fire up.