All NewsBusiness, Financial & LegalCases, Cooling & PSUContests & GiveawaysCPU, APU & ChipsetsDealsDisplays & ProjectorsGamingMotherboardsScience, Space & RoboticsStorageVideo CardsVirtual & Augmented Reality
All ReviewsAll ArticlesAudio, Sound & SpeakersCases, Cooling & PSUCPUs, Chipsets & SoCsComputer SystemsDisplays & ProjectorsGamingMotherboardsNetworkingPeripheralsStorageVideo Cards
GuidesGamingAsk the ExpertsNewsletterAboutForums
RTX 3090RTX 3080RTX 3070RTX 3060HDMI 2.1Bitcoin MiningBattlefield 6Fallout 76 2021
TV, Movies & Home Theatre
Editorials
I don't remember exactly when it was, and I don't remember how I saw it either. It could have been the Cartoon Network on Austar, even though I don't have it. But what I do remember was what it was called - 'Robot Chicken'. That was my introduction to the world of Adult Swim, a line of risque animated TV shows, many based on Hanna Barbera properties that we grew up with, or at least peripherally know, such as 'Sealab 2020' and 'Birdman and the Galaxy Trio'.

The Adult Swim network, a more adult oriented offspring of the Cartoon Network, airs a bunch of imported shows, but there are some special, in house ones, which have emerged and these have quickly attained cult status, and in relatively short time.

Whilst being previously unavailable in Australia, but being immensely popular in the United States for some time, Australian DVD distributor Madman Entertainment have picked up the rights to all of the series, and have released some impressive volume/ season box sets of the numerous series under the Adult Swim banner. Over three separate articles we will take a look at the offerings.

Unfortunately, I'm struggling to really give my personal recommendations, as I enjoy pretty much all of them in different ways - but if you forced me to, whilst I have a soft spot for Brak, I think I would have to say Birdman just pips him. 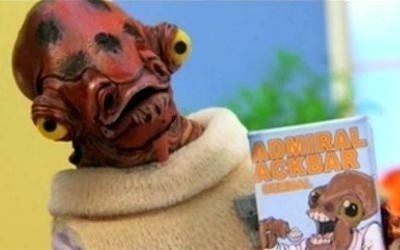 Created by Comedian Seth Green, 'Robot Chicken' stars a host of 8 inch tall action figures of pop culture characters, using a combination of CG and stop motion animation. Because the stop animation process (even in relatively crude form as presented here) takes so long to produce, each episode only amounts to 10 minutes, but those 10 minutes are guaranteed to be the funniest and most random (yes, more than 'Family Guy') that you will see.

The humour of 'Robot Chicken' is fairly reliant on knowledge of pop culture, such as small in-jokes and throw away lines from all manner of movies and TV shows, both current and classic. But this is where 'Robot Chicken' succeeds - by assuming you have knowledge of these things, it's doubly funny because it actually means something to you. It's both disarming and surprising, and a reason why I love the show so much. Occasionally some of the skits are a 'miss', but the good stuff far, far outweighs the bad. 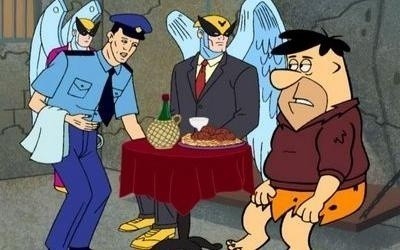 Based on the character Birdman, from the 60's series 'Birdman and the Galaxy Trio', the creators have restyled him from a superhero crime fighter, to a superhero crime fighting lawyer, whilst retaining many of the supporting heroes and villains. The results are hilarious, and hats off to whomever came up with the re-invention. The charm comes from utilizing many scenes from the original series as flashbacks, using the same, and similar backgrounds, and the way that the characters have been repurposed, such as Mentok and X - The Eliminator. Almost every Hanna Barbera creation makes a showing at least once in this series, and almost all as wrong doers whom Birdman defend, from 'The Flintstones', 'The Jetsons', 'Top Cat' and more.

'Harvey Birdman' is arguably the most mainstream of all the Adult Swim series, and certainly the easiest to get into. 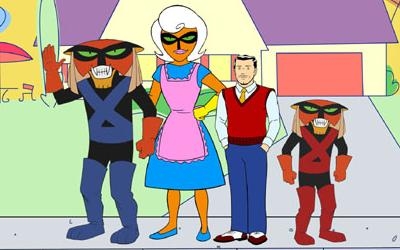 Out of all the shows on Adult Swim, 'The Brak Show' features the most new elements, although both main characters are a theft from 'Space Ghost'. The character of Brak is some form of alien space cat, and the show centers on his home life and relationship with his alien mother, and his human, Cuban father (whom is bizarrely small in stature). The first series begins relatively linear, then quickly descends into the bizarre and random, where the show has found its fans.

In the forthcoming two articles, I will take a look at the other currently available offerings in the Adult Swim stable - 'Space Ghost Coast To Coast', 'Aqua Teen Hunger Force', 'The Venture Brothers', 'Sealab 2021', 'Morel Orel' and 'Squidbillies'.

To celebrate Madman Entertainments 'Adult Swim' re-promotion period (now would be a good time to grab titles which have been temporarily reduced in price), Madman have handed us three DVD's to give away; one copy of each of the following: 'Harvey Birdman: Volume One', 'Aqua Teen Hunger Force: Volume One', and 'Robot Chicken: Season One". To walk away with the swag, answer in 25 words or less:

How would Adult Swim DVD's improve your quality of life?

Send your answer to ben@tweaktown.com to enter. The best, most creative answer will walk away with three awesome DVD's thanks to Madman Entertainment.