At the conclusion of the press conference to announce Toshiba's dissolution of the HD-DVD format in Sydney yesterday (which I attended and live-blogged here), we had the opportunity to ask Toshiba Australia's general manager Mark Whittard a few questions. He was gracious enough after what must have been a hard few days to remain more than happy to give us his time. 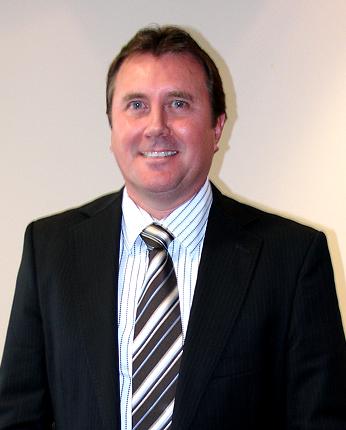 TweakTown: Was it nave to think that Toshiba could go up against the conglomerate of companies in the Blu-ray Disc Association, and expect to win?

Mark Whittard: Well, as I explained back when the formats were first being developed and ratified, the DVD forum approved HD-DVD as the successor to DVD, and that was a 200 member strong forum; it still is today, and that includes the Blu-ray association and all of the studios - the vote was to go with HD-DVD, and those guys went off and developed their own format and kept that under closed discussion. So our view was we were in a position of strength and HD-DVD would prevail, and up until recent events in the marketplace we were doing very well.

TT: Do you think Toshiba's aggressive pricing, in the U.S. especially, scared off other manufacturers from producing HD-DVD players?

MW: I don't think so, because there weren't many manufacturers supporting HD-DVD that were considering entering the market; they already had. A few of the Blu-rays had twin players, Samsung and LG for example. There were a few brands bringing out their own HD-DVD players, and they were already in the market. The strategy behind the price drops in the U.S. and here in late January was really to try and regain market share that we had lost, post the announcement by Warner.

TT: And I guess, in hindsight that can be seen as a 'fire sale'. Was that at the time a legitimate...

MW: Look, you could say it was a fire sale, but it wasn't. It was a legitimate strategy to get share back, and we did, just not as much as we expected. As I said, in the U.S. the share went from just under 10 percent to back above 30 percent, but not back to where we were before Christmas, which was 50 percent.

TT: How long do you suspect the current inventory will last in terms of retailer's stock, and your stock?

MW: I'm not up to speed with the total channel inventory at the moment; we are having discussions with retailers over the next few days about this. Look, it depends on the strategy that we formulate with each of those retailers. It depends on whether they decide to package it with something, or go with different marketing of the product and the inherent value in the product. But we would expect to sell through those by the end of March.

TT: Do you have any firmware upgrades planned for existing models in the near future?

MW: I believe there was a recent one...

MW: Yep - 2.8, and we will continue to bring them out as required. We're committed to that.

TT: But none in the near future?

MW: I don't know. I can't answer whether there is any planned at the moment. But we publicly accept to bring updates to the market.

TT: The movie redemption offer, [for consumers who purchase a HD-DVD player], I think the current one ends in April?

TT: That will be continuing?

TT: Toshiba always indicated that the consumer would decide the fate of the formats - put it out there and they would decide. Do you think ultimately the studios and retailers decided?

MW: Yeah, look that's an interesting question. I think certainly the studios and retailers added significant influence on the consumers, so therefore you could argue that they swayed the consumer, but ultimately the consumer still makes the decision to purchase the product and I think the combination of the two is still driving the consumer towards Blu-ray.

TT: If Toshiba had their time again, what would be done differently?

MW: [Pause] Ah, good question. If you only had the foresight to see, obviously we would have done something different, but given our knowledge at the time of other format wars along with the fact that there was collaboration with DVD, also taking into account that Sony and Phillips dropped their multimedia CD standard and joined Toshiba to formulate DVD technology; I don't think we'd do anything different. At the time, as I said through my presentation, all the signs were there. The DVD forum had approved and further developed the HD-DVD format as the successor to DVD; that included all of the Blu-ray members, all of the studios and so our view was that it was the best technology. So I don't think that would have changed unless you had foresight of what potentially could have come.

TT: You've mentioned quite a few times in your presentation that many consumers fail to see the difference between Blu-ray and HD-DVD versus upscaled DVD. With that in mind, why did Toshiba use the Raeon high quality upscaling hardware in the XE-1? Why wouldn't you just drop that so there is a firmer difference between the two technologies?

MW: We are always a firm believer in trying to deliver the best technology, and at the best price point. If there is an ability to put inherent value into a product without significant cost; and to offer it for the same price to the consumer - we will do that, and we will continue to do that. We don't look at it from a point of view that if there's an opportunity to strip out a feature because it compromises a position. It's like; if we can afford it to put it in at a price to offer it to the consumer, we will do that.

TT: Do you think that including it ultimately hurt?

MW: I don't think so, no. At the time it was a good selling point.

TT: Obviously now, Toshiba has the opinion that digital distribution is going to be the future from 2009...

TT: Do you think that Blu-ray will hit mainstream?

MW: I think it's going to be very tough for them, and good luck to them; but as I explained before, DVD has such a strong foothold on the market and the upscaling technology of DVD gets near the quality [pause], and it's difficult to tell the difference when you put them side by side; Blu-ray and upscaled DVD, so I think they have their work cut out for them. We're of the firm belief that it's not going to be as successful as DVD was in replacing VHS, because there are so many other factors, particularly the projected lifespan being much shorter, and other technologies will come into play as an opportunity to replace DVD.

TT: Thanks for your time, Mark.

MW: Nice to meet you, thanks.

Overall, the press conference was a restrained event. Everybody knew why they were there, and what would happen. It was personally disappointing to me that after being so enamored with the picture quality afforded by HD-DVD, for the creators to write it off as merely little better than upscaled DVD. Having viewed hundreds of high definition movies in the last year and then comparing them to DVD, I would have to strongly disagree with their position. But who knows, maybe I am in the minority.

Nonetheless, it was good to get a local perspective of the situation and how it would affect Australia. I would like to thank Toshiba for the invitation and to the General Manager, Mark Whittard for agreeing to our interview. 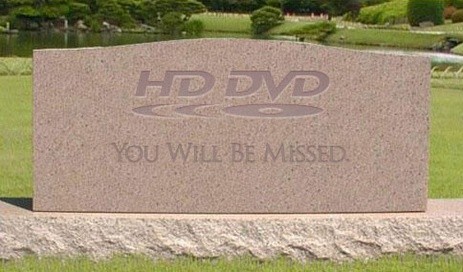