Boys and their toys, the story normally goes - or maybe just an addiction to technology... Whatever the story, we love this stuff. 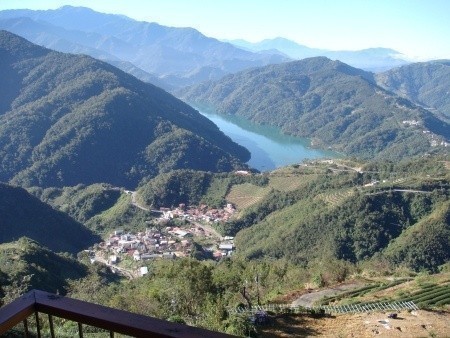 This previous weekend I left the Internet-ready city of Taipei for a short break and entered well into the central area of Taiwan, up into the highest mountain peaks at 4000m above sea level. As an owner of websites, it's always crucial to be connected to the web - wherever you are. Recently I reviewed the BandRich C100 HSDPA 3.5G modem and found it to be rather impressive but I wasn't aware just how good it was until recently.

Simply put, it's a small device which allows you to use 3.5G HSDPA mobile internet access on your computer via USB. Most cell networks support 3G these days but if high-speed data network is unavailable, it will switch down to slower GPRS access.

Quite surprisingly, the device worked well whilst driving around the mountains albeit dropping out occasionally, as it changed phone towers or as we drove through tunnels. The real test however, would be if it worked while traveling at up to 300km/h (about 187 miles / hour). It only claims to work at up to around 150km/h, which is faster than most situations where this device would be used. What happens though when we fire it up on Taiwan's new High Speed Rail trains which burn their engines at up to 300km/h?

Check out the video we recorded and uploaded to YouTube above. While it was far from perfect, 3.5G HSDPA worked quite well at speeds under roughly 250km/h however at the top speed of 300km/h, it remained connected but had serious bandwidth issues probably due to the switching of phone towers too quickly - considering you're moving at up to 83 meters per second, it's amazing it even worked at all. I didn't expect to have any luck initially.

Our next test will be finding something else that moves faster than the Taiwan High Speed Rail - we will be hard pressed but we'll try! Maybe we can try and find a pilot willing to fly at low altitude? Anyone willing? :)