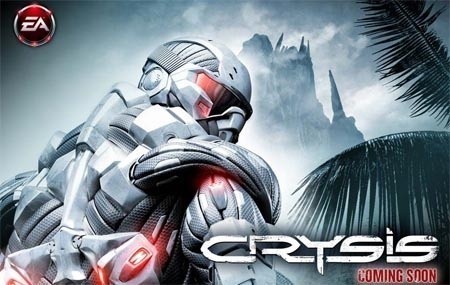 Less tappy tap (read: words), more picky pic (read: graphs). I didn't download the Crysis demo and choose not to play it just so I could write a whole bunch of words to explain what we're doing here.

It's simple, and I'm going to say it in a very simple way; lots of current generation graphics cards tested in Crysis with different settings and different resolutions. Too easy!

In the spirit of not typing much, it's the standard setup with the latest drivers from both camps.

We can see that the HD 2900 XT 1GB GDDR4 model offers nothing over the 512MB GDDR3 model. Performance for the HD 2900 XT also sits between the 8800GTS and the newly released 8800GT. The top three spots are all taken up by NVIDIA with the Ultra coming out on top which is no surprise. At medium settings there also isn't much that separates the three. It's only at high we see the cards separate a bit more.

Moving up to that 22" wide screen resolution which has become so popular these days, we paint a very similar picture. HD 2900 cards sit between the GTS and GT 8800 variants. The 8600GTS and HD 2600 XT don't give us anything at all to get excited about at both settings. The same three cards sit at the top again with all of them breaking a 50 FPS average at the medium settings at this resolution.

Since only the NVIDIA cards offer 1920 x 1200 that's all that's been tested here; and while the 8600GTS does offer it, given the numbers it was spitting out at 1680 x 1050 we didn't think we would waste our time. The Ultra is able to crack 50FPS at medium at this resolution while the GTX and GT sit at the mid 40FPS mark and the GTS sits closer to the mid 30s.

It's clear that NVIDIA's top dogs come out ahead of the AMD offerings, and with the giant NVIDIA logo at the start of Crysis it comes as no real surprise.

There is no doubt that Crysis is going to be at the top of the priority list for both NVIDIA and AMD as we see more drivers between now and the end of the year. It will be interesting to see how much more performance AMD can squeeze out of the HD 2900 XT, though it really doesn't look all that good for them since the 8800GT has rocked up on the market.

The Crysis settings system works by only offering you resolutions that the computer can handle. What's frustrating is that none of the cards here today gave us the ability to run at our native 2560 x 1600 resolution with any detail settings. With that said though, given the Ultra was only cracking 50FPS at 1920 x 1200 we wouldn't be expecting big numbers at 2560 x 1600.

Also, if their system was flawless it wouldn't let you choose past 800 x 600 for the 8600GTS and HD 2600 XT. While I don't doubt that there are people out there with an 8600GTS saying "Nah this game runs great at 1280 x 1024 and high settings", it's clear that these people have no idea what smooth performance looks like.

You would think that after looking at this Crysis would be a bit of a video card seller, but clearly there is nothing in this generation that is really going to offer the ultimate Crysis experience; we'll have to wait till later in the year.

Just quickly before I finally load up the demo for myself, we thought we should just make a quick mention of SLI and Crossfire performance. With the article coming up at the very last minute we tested what we had on hand and tried to offer as broad a range as possible in the extremely limited time.