Joost, the next big step for video on demand?

There has been a lot of talk about video on demand for years now and so far there have been very few successful attempts at making this a widely available technology, mainly due to copyright issues and content rights management. But one of the main reasons video on demand has not taken off outside of the cable networks has been the lack of available bandwidth, as until fairly recently, most people relied on fairly slow internet connections, although this all changed when ADSL finally became a mainstream technology.

Today it is not unusual for many of us to have a connection at home that is at least 2Mbit or even faster and it does not cost a fortune. Websites such as YouTube have become immensely popular as people have been able to view video clips from all over the world, but this is still far from video on demand.

There are several TV channels in the US that offers streaming video versions of their TV shows, but these are only available to viewers located in the US. Similar things are happening in the UK and most likely in many other countries around the world, but it is still limited to viewers located in those countries. This is rather silly, considering that you can read news from news papers anywhere in the world; they are not limited to providing their content to local readers. 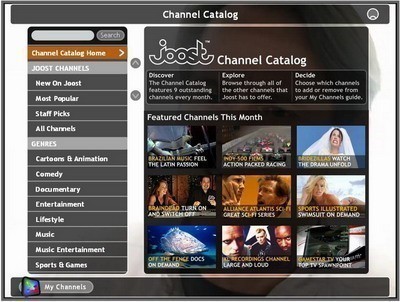 Enter Joost (pronounced Juiced), a peer to peer (P2P) program for streaming video over the internet, developed by Niklas Zennstrm and Janus Friis, the guys who originally developed Skype. The development into an invitation only Beta has gone incredibly fast, as the real development of Joost only started last year. Some 150 people have been working on getting Joost to the stage it is today and it already works incredibly well. As a video on demand service it still lacks a few things, mostly a wider array of programs, as the content is quite limited, although it depends what you are looking for.

If you are lucky, you have already got Joost, or maybe one of your friends can send you an invite. If not, then you should ask if someone has it and if they can give you an invite, well, at least as long as you have a broadband connection, with unlimited bandwidth. The one downside of programs like Joost would be for those that have metered internet access , since it does eat up quite a few megabytes of your monthly allowance. 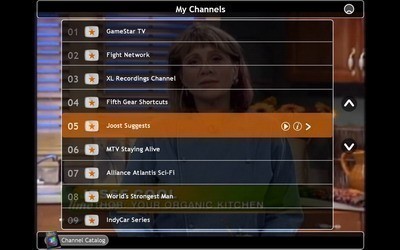 However, this does of course depend on how many programs you watch and the quoted bandwidth usage is 320MB of downloaded content and 105MB of uploaded content per hour of viewing. The data will continue to be downloaded and uploaded even after you stop watching, as Joost shares what you have been watching due to its P2P nature. Having a fast enough connection is not too much of an issue, as it seems to work quite well even with limited bandwidth, although at least a 1Mbit connection is recommended.

Joost, the next big step for video on demand? continued

The user interface is rather straight forward, although it can be annoying at times, since it pops out when you try to resize the windows, but this is a minor issue. It also changes if you make the Joost window really small and some features such as the widgets are only available in full screen mode.
You can get information about the channel you are watching as well as about the program itself by simply clicking the "i" icon by the main play controls. This is similar to many satellite or cable TV services and shows that Joost is not just something that has been cobbled together in five minutes. 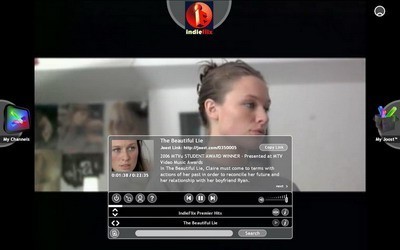 Finding programs to watch is easy as well, you can either select one of the highlighted programs in the channel selection or you can browse the channel list and then browse the available programs each channel offer. You can even design your own program list with your favourite channels. If you are not sure where to start there is the "Staff Picks" and the most popular sections that make it easy to find popular content and we think that is a nice touch. 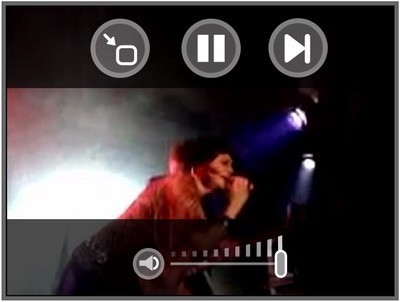 There is a selection of content ranging from cooking shows to indie movies, sci-fi series, poker tournaments, music videos, news and car programs and all the way to Aardmans excellent animations. There is something there for just about everyone; although some of the content is rather old and very little of it is in widescreen at this stage. 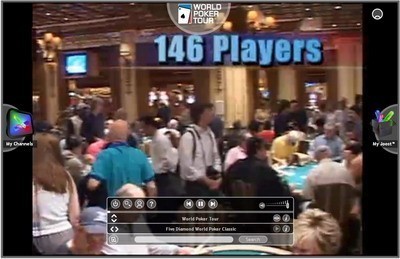 Video quality is generally quite good, but it was slightly too low resolution to really look great on a 1,680 x 1,050 widescreen display. None the less, a lot of it is quite watchable, especially if you are not looking for brand new TV shows. Hopefully more content will come as Joost strike deals with various media companies and from what we understand, that is something they are actively working on now. But as a free video on demand over the internet application, it is hard to complain. Although we did not experience it, in certain countries and territories you will get advertising before a program starts, but this is a small fee to pay for otherwise free content. You will likely see more advertising appear as newer content appears on Joost but that is no different from the regular TV in your lounge room. 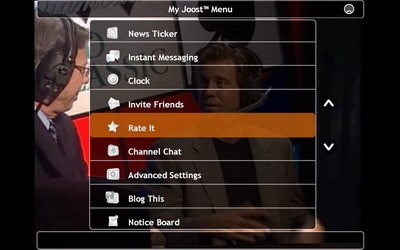 Is Joost a must have application? Well, that really depends on how much TV you watch and if you are really into the content that is available through the service. It is definitely a worthwhile download if someone invites you, until it becomes openly available. It is easy to use, it is free and as long as the content keeps growing, Joost is likely to become a big success. It might not become as massive as Skype, but it is a completely different type of application. It is not quite couch potato friendly as yet, unless you have got a remote control for your PC, but that might be something for a third party hardware vendor to pick up on, as hopefully Joost is here to stay.